Digital Twin Studies: the Next Inflection in Equal, Equitable, Healthcare 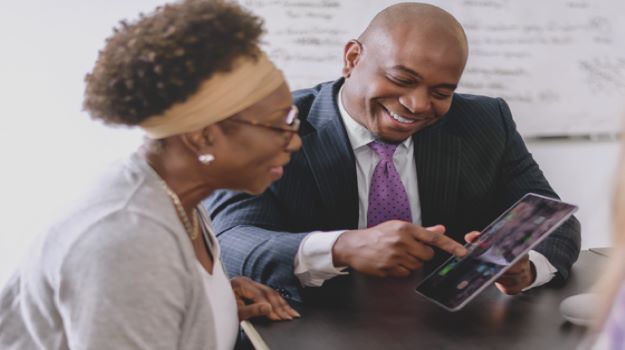 The Media and Innovation Lab (MIL) at the University of Miami is developing digital twins of patients in an effort to bring robust healthcare to underserved communities. The program is a remote health monitoring solution in a box – hence the name, The MILbox – that measure conditions over a week or more, rather than the few days typical of many remote monitoring solutions.

"We use digital twin solutions as an opportunity to revolutionize how data is ingested and how treatment teams can be more abreast of the health and well-being of their patients," Azizi Seixas, Ph.D., director of the MIL, told BioSpace. The project is a partnership with AWS – Amazon Web Services – and Open Health Network.

"Broadly speaking, a digital twin is essentially a digital replica of a series of systems – the biometrics, biospecimen, behaviors and the environment – that make up and contextualize the individual," Seixas explained. "There are significant gaps and drop-offs regarding obtaining healthcare data on individuals. This data can be often holistic, longitudinal."

"Three digital twin observational studies are underway at the MIL, funded by the National Institutes of Health. Each study participant will receive a MILbox that contains wearables and 'nearables' to measure such factors as blood pressure, weight, sleep activity and certain biospecimen related to the study. The goal is to create seven days of data on each of the participating individuals," Seixas said.

"We're initially focusing on Alzheimer's disease and cardiovascular disease involving under-served Black and Latin Americans in rural and urban settings. We also want to see how sleep (both in terms of quality and quantity) may contribute to Alzheimer's disease and dementia. This will advance the science, improve access to healthcare, and fill critical gaps in health systems." Approximately 400 people are enrolled so far in the studies in New York and Florida.

The sleep study involves Blacks between the ages of 18 and 90 and seeks to understand why they aren't getting enough sleep. It will look at their genetics and any biologic, psychological and environmental factors, such as pollution, temperature and humidity. "Sleep is one of the four core pillars of health," Seixas pointed out. "The twin of that study looks at the same things among urban and rural Hispanics in New York and Florida," he added.

The third study focuses on African American Blacks ages 55 through 75 to understand the drivers and mechanisms of action of Alzheimer's disease and dementia affecting this group.

"In many ways, having a digital twin will enhance disease prevention and treatment, as well as reduce costs, improve patient autonomy and enable equal treatment for all. When you can democratize the medical and healthcare infrastructure this way, the database can serve as a repository for large volumes of data and allows you to stitch together different factors that can influence your health."

For example, Seixas said, "Air quality in your home and in your ZIP code has been implicated in heart disease. With digital twins, we can collect additional data and perhaps identify new causes of disease and when they are likely to manifest.

Digital twins also may be able to identify which treatments may be effective for specific patients, when and at what dosage, rather than trial and error." Statins are an example. "Reports show that 20% of statins shouldn't be given to certain groups of individuals," he said. The reasons range from effectiveness that is linked to certain genes to adverse side effects. The digital twin allows physicians to simulate treatment, factoring in genetics, lifestyle and behavioral factors that may prove useful. This helps physicians go beyond generic advice to gain insights into how various factors are interconnected and how they actually affect patients and their decisions. "This gets advice to the level of personalized medicine, and it engages people."

At New York University School of Medicine, which he left last November to head the MIL at the University of Miami, "The digital twin idea was next-level, Star Trek-like," he recalled. The MIL, with its focus on innovation and the belief that innovation skills can be taught, is working to make it a reality, particularly for underserved patients.

Currently, the MILbox is in version two, and version three is being planned. "The technology will continue to evolve as new sensors come on the market," Seixas said. There are some limitations, however. For example, the necessary infrastructure – such as high-speed Internet – isn't in place or accessible throughout society, and there are ethical and policy concerns. "We need to get policymakers and healthcare systems involved," Seixas said, to identify how digital twins data can be fully integrated into the market.

Data ownership is one of the ethical issues. "When people participate in our studies, they own their data and donate it to us," he said. "It's just for seven days," he added, but Seixas said he hopes that monitoring can be longer-term in the future. "With artificial intelligence (AI), the more data it has, the more accurate and precise its output."

Developing digital twins for everyone could be an important factor in achieving the next inflection in healthcare. "Primary care physicians are burning out, but if patients have a dashboard that empowers them to know their bodies… diseases may be prevented or treated earlier. This isn't rocket science."