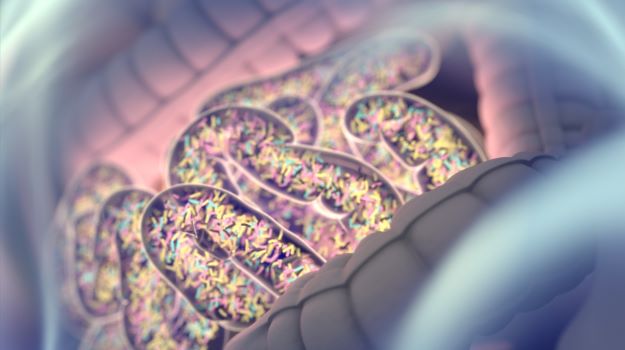 Researchers from Washington University in St. Louis have genetically engineered a kill switch that causes bacteria to self-destruct after serving their intended purpose.

“To my knowledge, this is the best kill switch ever developed,” said Tae Seok Moon, co-author of the study and associate professor in the university’s department of Energy, Environmental and Chemical Engineering, during an interview with BioSpace.

Though Moon’s background lies primarily in chemical and bioengineering, he became personally invested in gut health after suffering severe and life-threatening symptoms himself. “At that time, I thought that even though I was dying, I wanted to make a contribution to the world with my research,” he shared. “Now, after my miraculous recovery, I want to continue my journey in research with the ultimate goal of helping people.”

The paper states that Escherichia coli Nissle 1917 (EcN), the probiotic strain used in the research, is one of the most commonly engineered strains. E. coli can be found in the intestinal tracts of both humans and animals and works to keep the gut healthy.

“Engineered strains of EcN have been successfully used to diagnose and treat bacterial infections, cancers, gastrointestinal bleeding, inflammatory disorders, and obesity in a variety of animal models,” the paper continues. Nonetheless, probiotics are living organisms that can mutate, which introduces specific safety concerns in their medical applications, requiring attention to biocontainment.

Biocontainment has always been an area of great interest to Moon. “Biocontainment is very important. We don’t know the consequences of bacteria once they are released into the environment. When developing genetically-engineered microbes, or GEMs, we have to be aware of the consequences. We have to have some ways to control them,” he said. “I’d like to say that I am cruel to bacteria, as all humans are. I want them to self-destruct when their given mission is accomplished. That’s the basic idea of the entire paper.”

The team of engineers used a mouse model to work toward their goal of destroying bad bacteria in the mouse gut while preserving good bacteria. “We wanted to develop a so-called biosensor that is installed in bacteria,” Moon said. “Bacteria are very small. They sense small changes in their environment, such as temperature changes. If they become the bad guys, we will provide a chemical to the bacteria, inducing the kill switch to make them self-destruct and prevent negative impacts of the bacteria on the environment or humans.”

In the first stage of research, the engineers utilized a chemical droplet to eliminate gut bacteria from the mice. “During this stage, we were able to completely eliminate bacteria from the mouse gut when we gave them the chemical. However, if we did not give them the chemical, the bacteria still survived. The problem with this on-demand killing strategy is that the bacteria would come out of the body and potentially become out of control,” Moon explained.

To combat this, the team considered the differences between a body and the outside world.

The next step was to measure the kill switch’s stability. “Mutation is the number one enemy of bioengineers. Mutation happens all the time. Bacteria do not want to die. Their only goal is to replicate and divide.” Due to this, the team, including study co-author Austin G. Rottinghaus, had to repeatedly adapt to changes and improve their kill switch. “Every time we improved the kill switch, another mutation happened that rendered the switch non-functional,” Moon explained. “My student, Austin, has been incredible during this process. He never gives up.”

Next, the team was challenged with getting the bacteria to work properly within the mouse gut. To tackle this, they introduced a control strain.

“When we gave both temperature and chemical input, the kill switch-containing bacteria almost always died. The kill switch is potentially applicable for any microbes administered into humans, dogs, cows, pigs and so on, depending on the practical applications from probiotic-mediated pathogen killing in cattle to human disease treatment," Moon said.

He added that the kill switch’s reliability can lead to a wide range of potential applications down the line.

“The kill switch is generalizable. It’s not just for probiotics administered into mice, but it can be developed in new bacteria. For example, I’m currently working on a similar switch, using bacteria to help the environment and address the global issue of plastic waste.”

In his current project, supported by a grant from the Department of Energy, Moon hopes to turn plastic waste into profitable hybrid compounds. “Plastic bottles are everywhere right now. My hobby is collecting plastic bottles from campus that students forgot to put into a recycling bin, and then using them as my free materials,” he said. “We want to develop a process that takes plastic waste as an input and converts it into a high-value chemical product, such as lycopene.”

Above all, Moon is passionate about helping people and hopes that his life’s work will improve the health of individuals as well as the greater environment.

“I want to give people hope,” he said. “It’s been a crazy two years of COVID, and many people are feeling hopeless. My life’s work is both in research and in helping others. I hope my story can encourage and inspire others.”