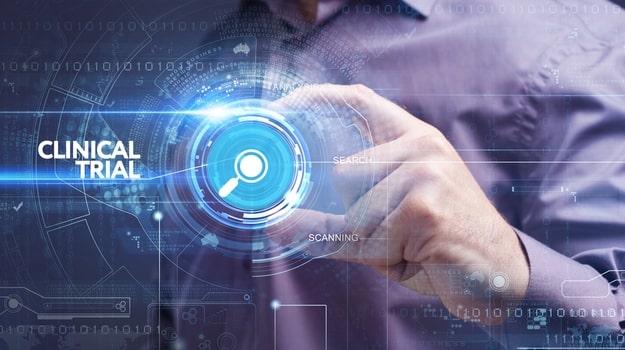 SSc is a rare and life-threatening multi-system autoimmune disease. Diffuse cutaneous SSc is a subtype of systemic sclerosis marked by hardening and scarring (fibrosis) of the skin and multiple organ problems. It mostly affects people between the ages of 40 and 50 years, although it can affect people at any age. Other symptoms include gastroesophageal reflux, difficulty eating, vomiting, diarrhea or constipation, joint pain, muscle pain, weakness, cramp and destruction of the tips of the fingers or toes. As it becomes severe, it can cause lung fibrosis or pulmonary hypertension and kidney problems.

There are currently no approved treatments.

Lenabasum is an oral, small molecule that selectively binds as an agonist to the cannabinoid receptor type 2 (CB2). It resolves inflammation and limits fibrosis. In Phase II studies in diffuse cutaneous SSc and patients with dermatomyositis with active skin involvement, the drug demonstrated improvement in multiple physician-assessed and patient-reported efficacy outcomes. It has also been linked with a lower rate and longer time to pulmonary exacerbations in a Phase II trial of cystic fibrosis.

The RESOLVE-1 Phase III trial evaluated the drug’s efficacy and safety in people with diffuse cutaneous SSc on background drug therapy. The trial took place in North America, Europe, Asia, Israel and Australia. There were 365 patients dosed in the trial.

The primary efficacy outcome for the trial is a composite clinical trial endpoint called the ACR CRISS score, assessed at Week 52. It was also the primary efficacy endpoint in the previous Phase II trial, which was published in Arthritis & Rheumatology in April 2020.

The data showed no significant differences in primary and secondary endpoints compared to placebo, both groups on background drug therapy. In the placebo group, the ACR CRISS score was 0.877 at Week 52 and the lenabasum 20 mg twice daily arm was 0.888.

At this time, the company indicates it is continuing its analysis of the data. Once it has a better understanding of the data, it will probably discuss possible next steps with the U.S. Food and Drug Administration.

“We are surprised and deeply disappointed that the RESOLVE-1 trial did not meet its primary endpoint,” said Yuval Cohen, Corbus’s chief executive officer. “I would like to extend my gratitude to the participants in the study and the clinical staff at the study studies, as well as to the Corbus employees, for their hard work and dedication. We now look forward to upcoming topline results from our study of lenabasum in patients with cystic fibrosis.”

Christopher Denton, co-principal investigator of RESOLVE-1 and professor of Experimental Rheumatology at UCL Medical School and consultant rheumatologist and joint director of the Centre for Rheumatology, Royal Free Hospital, London, stated, “Whilst the immediate study results are disappointing, RESOLVE-1 provides a rich dataset to understand for the first time how to better target treatments for SSc based upon clinical parameters and concomitant treatment. We are already querying the data to understand the natural history of early diffuse cutaneous SSc and the potential benefits of lenabasum in these subjects.”