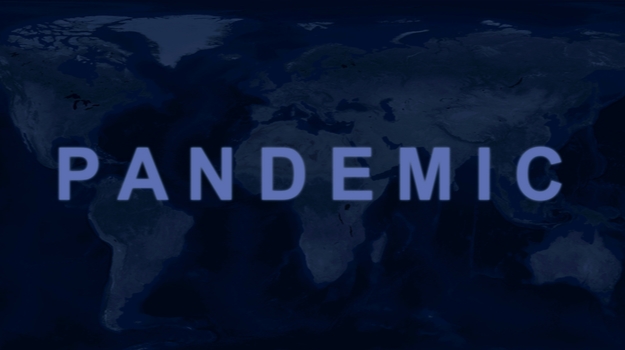 When COVID-19 first appeared in the news, scientists began preparing for a widespread outbreak. The general population, however, wasn’t concerned. Many assumed it would be like the SARS pandemic, affecting relatively few people and, aside from a few cities or regions, not disrupting daily life.

Severe acute respiratory syndrome (SARS) was called the first pandemic of the 21st century. It appeared in 2002 and quickly spread around the world. The Centers for Disease Control (CDC) reported that 8,098 people were infected in 26 countries and that 774 died. (Other sources report slightly different numbers.)

COVID-19 is proving more virulent and more deadly. Since Chinese officials first reported the COVID-19 outbreak in Wuhan on December 31, 2019, the virus has spread to virtually every nation on earth. As of September 1, Johns Hopkins University reported nearly 26 million people had been infected with the SARS-CoV-2 virus and nearly 853 thousand people had died because of it. In the U.S., from May to September, COVID has caused an extra 200,000 deaths, compared to a normal year, according to Justin Lessler, an epidemiologist at Johns Hopkins University.

Pandemics come in waves, and COVID-19 is no different. The U.S. has seen spikes in daily cases in May (about 35,000) and mid-July (about 77,000), followed by steep declines. With similar patterns seen globally and restrictions being added – Hungary just shut its borders and Greece is delaying school openings – the world is preparing for another wave of the virus. This time, it coincides with flu season, and public health authorities already are urging people to get their flu shots.

Importantly, the Centers for Disease Control notes that 96% of those dying from COVID-19 also had two to three underlying comorbidities. Some may be caused by the virus, such as influenza, pneumonia, and respiratory failure, while others, such as hypertension, diabetes, and cardiac arrest may be unassociated with COVID-19.

COVID-19 symptoms are the same, but also may include loss of taste or smell, fatigue, muscle aches, headaches, congestion or runny nose, nausea, and sore throat. More severe instances may include bluish lips or face, the inability to wake or to stay awake, persistent chest pain, trouble breathing, or confusion.

Initially, SARS and COVID-19 viruses both jumped from animals to humans. Horseshoe bats have been implicated in SARS and again in COVID-19.

A recent report in Nature suggests that the virus (a Sarbecovirus subgenus of Coronaviridae) from which both SARS and COVID-19 emerged has been circulating in bats for decades.

In 2002, horseshoe bats were sold in China’s wet markets and are thought to have jumped to humans from there. By 2019, horseshoe bats were no longer sold in the wet markets. Nor do they live in the wild near Wuhan. As Chinese researcher Huabin Zhao, Department of Ecology, Hubei Key Laboratory of Cell Homeostasis, College of Life Sciences, Wuhan University. Pointed out in Science, “COVID-19 was linked to horseshoe bats, which do not hibernate in cities in China.” They are used in biomedical research, however, and Wuhan, the city in which COVID-19 originated, has two such labs.

Researchers investigating the virus’s origins speculate a scientist may have been bitten by a bat and become infected.

Once SARS jumped to humans, it was transmitted from person to person. It is most virulent during the second week of infection when virus is excreted through the mucus and stool peak.

With SARS, most human-to-human infections occurred in healthcare settings that lacked robust infection control procedures. When infection control practices were implemented, the outbreak ended. Since then, the only occurrences have occurred through laboratory accidents and have not spread throughout the community.

COVID-19 appears to spread person-to-person via droplets that are expelled when a person coughs or sneezes and then is inhaled by a nearby person. Less often, it may be spread by touching an infected surface and then touching one’s mouth, nose, or eyes. Transmission may also occur before a person becomes symptomatic. Nearly six months after an emergency was declared, this transmission information has not changed.

Although the persistence of COVID-19 and SARS varies, it is similar, according to researchers working with the National Institute of Allergy and Infectious Diseases, reporting in the New England Journal of Medicine (NEJM). They compared the persistence of the SARS-CoV-2 (COVID-19) and SARS-CoV-1 (SARS) viruses for aerosols, plastic, stainless steel, copper, and cardboard.

For SARS, the time periods beyond which no viable virus remained on copper and cardboard were each eight hours.

For Covid-19, no viable quantities of COVID-19 remained on copper after four hours or on cardboard after 24 hours. On other objects, it may remain for several days. A literature review by researchers from the Università degli Studi di Messina and the University of Milan reported that SARS-CoV-2could be detected up to five days on glass, ceramic, and stainless steel, and up to nine days on plastics.

When SARS and COVID-19 were first reported, no diagnostics, vaccines, or therapeutics were available. Both viruses were completely new in humans.

By early April 2003, when the SARS epidemic was in full swing, the WHO announced setbacks in efforts to develop a diagnostic test. Of the three then in development, one was unreliable and two could only be used late in the course of the illness.

Development has moved much faster for COVID-19 tests and vaccines. The FDA has approved 235 tests under Emergency Use Authorizations. By September 1, the New York Times’ Vaccine Tracker reported 3 vaccines were in limited use (including China’s Sinovac), 9 were in phase III trials, 14 in Phase II trials, and 23 in Phase I trials. Another 90 are in preclinical trials. In the U.S., FDA Commissioner Stephen Hahn is contemplating allowing the first emergency use authorization (to the public) of a vaccine.

The SARS pandemic was short-lived. Only eight months separated the first reported case (November 2002) to the end of the crisis in July 2003. In contrast, COVID-19 may be around for years. Researchers suggest we may be dealing with it for at least two years, as cases of reinfection emerge.