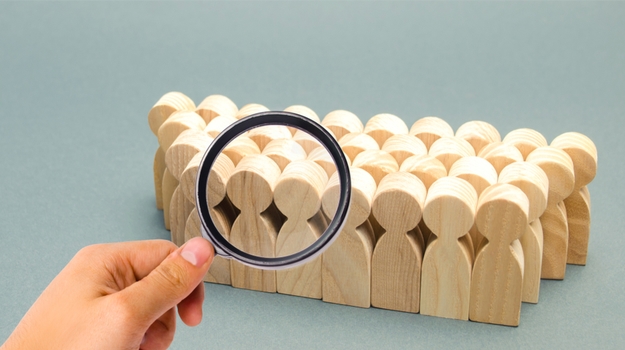 The Centers for Disease Control and Prevention (CDC) is on the cusp of launching a massive, 25-city SARS-CoV-2 antibody study. Expected to launch in June or July, the study plans to test as many as 325,000 people to learn how the SARS-CoV-2 virus is spreading nationally, according to Reuters, reporting before the official announcement.

This large-scale study is part of a multi-tiered effort by the CDC to gain understanding into the broad scale of the disease as well as incidence rates in specific populations. Because it tests for antibodies that appear after a person has been infected, it may cite infections that were not severe enough for patient to seek medical care or, in some cases, to even realize there were sick. Therefore, it can provides more robust data into the real infection rate throughout communities and the nation.

Currently there are 37 studies for antibodies to SARS-CoV-2 around the world. Of those, 22 are in Europe and only 5 are in the U.S., according to Clinical Trials.gov. Many target specific populations, such as healthcare workers. The expected CDC trial was not yet listed.

To collect its data, the CDC plans to test 1,000 blood donors in each of the 25 selected cities each month for 12 months. Then, after 18 months, it plans to also test the blood of an additional 25,000 volunteers. Vitalant, a national blood service provider, is working with the CDC to collect blood from donors who volunteer to participate in the study.

The first cities in the rollout are said to be New York, Seattle, the San Francisco Bay Area, Los Angeles, Boston and Minneapolis. The second phase is likely to include Miami, Atlanta, New Orleans, Dallas, St. Louis, Chicago and Denver. Other cities may be added, Reuters reported.

As of yet, no one knows whether someone infected by SARS-CoV-2 will be fully immune to reinfection by the same or a mutated virus. But, according to a Nature Medicine study of 285 people hospitalized with COVID-19 in China, all patients produced two specific types of antibodies within three weeks of becoming infected. IgM appeared first – 40% of patients exhibited this antibody within one week of infection, and 95% exhibited it two weeks afterward. IgG appeared later, typically after acute infections.

Based on that study (from Chongqing Medical University in China, researchers have reason to believe that the presence of antibodies may confer sustained immunity. If that hypothesis is accurate, it will provide significant scientific evidence to support the reopening of states and businesses and the return to some degree of normal life.

While the Chinese study encompassed a few weeks, the CDC’s 18-month study duration will provide more than a snapshot in time. The longer time-frame will help researchers track the spread and prevalence of the epidemic of the disease month by month. And, by studying the prevalence of IgG and IgM in the blood over time, it may help determine whether immunity to the virus decreases or remains steady. Determining the duration of immunity will have implications for vaccine development as well as public health policy.

The massive, national CDC serology test comes on the heels of the 10,000-person study the National Institutes of Health (NIH) launched in mid-April. While both studies depend on blood samples from volunteers, the NIH is collecting blood samples through an at-home blood collection kits developed by Neoteryx, a medical device firm based in Torrance, California. It also is collecting blood from employee volunteers at its Bethesda campus.

The NIH aims are virtually identical to those of the CDC: to help highlight the extent to which the novel coronavirus has spread undetected in the United States and provide insights into which communities and populations are most affected. At the NIH, though, when the IgG or IgM antibodies are found, researchers may perform additional tests to evaluate an individual’s immune responses to theSARS-CoV-2 virus and thus gain insights into why some cases are significantly less severe than others.

Results from these and other serology studies also are expected to shine light on actual mortality rates. Studies in several counties, including Los Angeles County (California) and Miami-Dade County (Florida) suggest actual mortality is significantly lower – typically less than 1% – than those compiled only from hospitalized cases.

One of the several concerns critics expressed regarding the county-wide studies was the potential inaccuracy of the serology tests. In early May, the National Cancer Institute stepped in to assuage that concern and now is using its considerable expertise in human papillomavirus vaccines and its advanced serology laboratory to provide independent testing and validation of SARS-CoV-2 serology tests.

The NCI is preparing to distribute $306 million in new funding in the form of grants and proposals “to develop, validate, improve, and implement serological testing and associated technologies.” The RFPs and RFAs are expected to be issued in June.

Without antibody testing, “…we are only estimating the number of people who have been infected,” Martin Hibberd, professor of emerging infectious diseases at the London School of Hygiene & Tropical Medicine, UK, said in The Lancet in early April.  Accurate antibody testing, clearly, will go a long way toward providing much-needed insights into this pandemic.

Both the CDC and NIH studies will report results on a rolling basis.