Carting Away Problematic Cells with CAR-T Therapy for Myasthenia Gravis 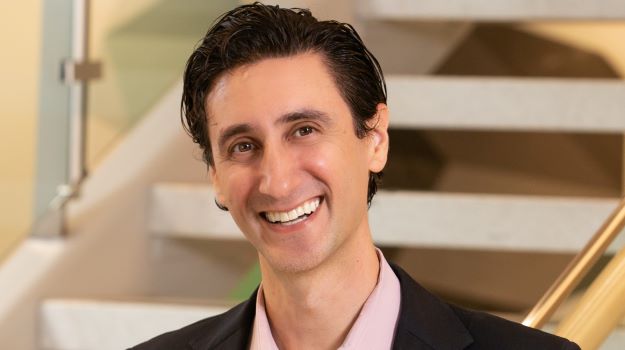 A CAR-T therapy can be helpful for myasthenia gravis disease.

During a normal day inside the human immune system, a T cell gently floats around the bloodstream, looking to identify any harmful foreign intruders. When such an intruder is detected, the T cell alerts a B cell – an epically efficient manufacturing plant that creates antibodies, or Y-shaped proteins, to tag the invader and mark it for destruction. Altogether, the interplay between these immune cells creates a complex, intertangled web that morphs and changes to protect the human body.

For patients with myasthenia gravis, however, the fragile interplay within the immune system is disrupted. Here, overreactive T cells lead to increased stimulation of B cells – causing the B cells to proliferate excessively into either short-lived or long-lived plasma cells, which secrete large quantities of autoantibodies. These rogue autoantibodies attack the neuromuscular junction, ultimately causing muscle weakness and fatigue characteristic of myasthenia gravis.

“At the moment, there is no cure [for myasthenia gravis],” said Dr. Lin Mei, MD, Ph.D., who is chair of neurosciences at the Case Western School of Medicine. Mei’s laboratory, which focuses on understanding synapses in the brain, recently identified LRP4 as a pathogenic antibody in myasthenia gravis. “Most of the treatment strategies are to try and get rid of the antibodies.”

These antibody therapies include eculizumab and ravulizumab (C5 complement inhibitors), nipocalimab and rozanolixizumab (anti-FcRns), and rituximab (anti-CD20). While eculizumab, ravulizumab, nipocalimab and rozanolixizumab all target downstream pathways involved in autoimmunity, rituximab targets B cells. However, it targets CD20 positive B cells, which have not yet differentiated into plasma cells.

“Rituximab is a classic therapy in myasthenia, but the therapeutic benefit that many patients get is limited, possibly because it only targets the B cell, as opposed to the long-lived plasma cell,” explained Dr. Murat Kalayoglu, MD, Ph.D., CEO of Cartesian Therapeutics.

About the New Myasthenia Gravis Treatment

Cartesian’s Descartes-08 is a new chimeric antigen receptor (CAR)-T cell therapy that aims to target the disease at its source: the deviant antibody-secreting plasma cells. Descartes-08 consists of T cells harvested from the patient that are transiently reprogrammed using CAR mRNAs against B cell maturation antigen (BCMA). While plasma cells express BCMA, undifferentiated B cells do not. The goal of the Descartes-08 CAR-T therapy, when re-introduced back into the patient, is to identify and selectively eliminate these plasma cells to hopefully stop the excessive antibody secretion at its source.

“The hope is that you can eliminate that population [of plasma cells] – not permanently eliminate, because you still need to make antibodies – but to destroy that plasma cell clone at one point in time,” Kalayoglu explained. “When additional plasma cells are differentiated from B cells and those plasma cells are healthy, the expectation is that they will outcompete the aberrant plasma cell clones. Nobody’s done this experiment in the clinic yet; we think we’re the first ones, and that’s what we’re out to test.”

In a recent press release, Descartes-08 was said to be well-tolerated in the first three patients in a Phase I/IIa clinical trial, with no serious treatment-related adverse events reported. Additionally, the patients demonstrated a mean improvement of over 50% on the myasthenia gravis composite scale, which measured disease severity.

One of the potential adverse events the scientists kept an eye out for was cytokine release storm – a common side effect of CAR-T therapies that is seen through a systemic inflammatory response. For Descartes-08, however, this has not been seen in any of the three patients so far.

According to Kalayoglu, the lack of cytokine release storm represents an advantage of Cartesian’s unique CAR-T generation approach. Rather than using DNA to reprogram the T cells, RNA is used to provide a more transient therapeutic.

By instead using RNA, the scientists were able to avoid this problem of unchecked T cell proliferation. Each subsequent division of an RNA-reprogrammed CAR-T cell represents a “functional dilution” of the RNA – allowing for greater temporal control of cell dosage. “RNA has a defined half-life: it has a beginning, middle and end,” Kalayoglu said. “By engineering cells with RNA, we are conferring upon the cell time-controlled, drug-like properties.”

In the near future, Kalayoglu also envisions being able to introduce multiple RNAs into the T cell – hopefully to introduce a greater level of targeting specificity or to increase the therapeutic capacity. In a complex disease like myasthenia gravis, this could be particularly helpful to identify the subclones of plasma cells that produce the disease-causing antibodies.

“There are plans to engineer cells with a heck of a lot more than a CAR that targets BCMA,” Kalayoglu said. “Once you get to that pathogenic autoantibody-producing clone, what else can you deliver in that environment – to change the microenvironment, to better kill that cell or to deliver a direct therapeutic cargo?”

Mei, who was not involved in Cartesian’s studies, concurs. “In the future, they [Cartesian] could target specific myasthenia gravis antibody-producing B/plasma cells. Imagine that you eliminate all the cells that produce the bad antibodies – then, you don’t need symptomatic treatment because there would be no antibodies anymore,” he said. “I think that this innovative approach represents the first step toward this direction.”