Breast Cancer: Steady Progress Being Made in New Treatments 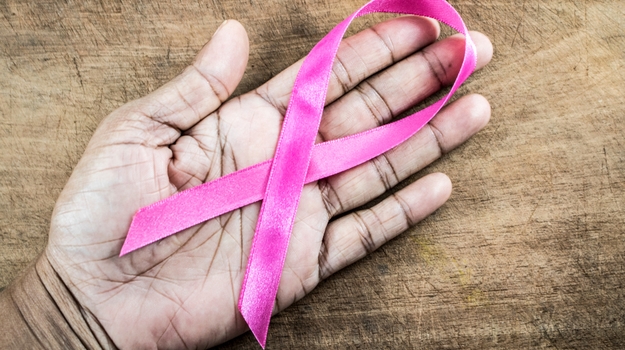 According to the U.S. Centers for Disease Control and Prevention (CDC), in 2016, the last year data is available, 245,299 new cases of breast cancer in women were reported and 41,487 women died of it. Or to put it another way, more than a quarter of a million women are diagnosed with breast cancer each year, which comes out to about 124 new cases out of every 100,000 women.

What is sometimes surprising, given advances in treatment, is that the number of diagnoses has gone up from 196,000 in 1999 to 245,299 in 2016. Some of this is related to an overall increase in the U.S. population and other aspects may be due to increased awareness and better detection rates.

Quite a bit of effort and resources are going into developing therapies for breast cancer. Increasingly, like many cancers, drugs are developed and approved for narrower and narrower indications as more genetic and hormonal markers are developed and it is determined which drugs are most effective for the cancer types. As Breast Cancer Awareness Month wraps up, BioSpace gathered some examples of recent breakthroughs in breast cancer treatment.

• MacroGenics — On October 23, MacroGenics announced topline data from the second pre-specified interim overall survival (OS) analysis of its Phase III SOPHIA trial of margetuximab in HER2-positive metastatic breast cancer who have previously received anti-HER2-targeted therapies. The drug is an immune-enhancing monoclonal antibody derived from MacroGenics’ Fc Optimization tech platform. In the intent-to-treat population, the median OS of patients receiving the drug and chemotherapy was prolonged by 1.8 months compared to patients receiving trastuzumab and chemotherapy.

HER2-positive breast cancer has tumors with high levels of human epidermal growth factor receptor 2 (HER2), which promotes aggressive metastases. Of breast cancers diagnosed annually around the world, between 15% and 20% globally are HER2-positive.

The HER2CLIMB trial met the primary endpoint of progression-free survival (PFS), showing that adding tucatinib to the treatment regime was superior to trastuzumab and capecitabine alone. There was a 46% decrease in the risk of disease progression or death by adding tucatinib.

Tucatinib is also being studied in breast cancer with other drug combinations as well as colorectal cancer.

• New Immunotherapy Approaches — Researchers with the Washington University School of Medicine found that other T-cells than the killer T-cells usually stimulated in immunotherapies can improve on these therapies. The WU researchers focused on helper T-cells, whose job it is to recognize cancer as a threat and recruit killer T-cells.

“Immunotherapy presents tremendous promise for cancer treatment, but we haven’t yet found a way to make it widely effective,” said Robert D. Schreiber, the Andrew M. and Jane M. Bursky Distinguished Professor, and senior author of the study. “It still doesn’t work for many patients, particularly for common cancers, such as breast or prostate. We want to understand why they are ineffective in these cases so we can make better therapies. Our research suggests that immunotherapy is likely to be more effective when a vaccine is used alongside checkpoint inhibitors.”

The most effective anti-cancer response was observed when checkpoint inhibitors were combined with a vaccine that targets both helper and killer T-cells specific to the patient’s cancer cell antigens.

“The idea of giving checkpoint inhibitors along with a tumor-specific vaccine—especially a vaccine that activates both killer and helper T-cells—is just beginning,” Schreiber said. “But based on our study, the combination is likely to be more effective than any of the components alone. Today, when we treat a particular tumor type with checkpoint inhibitors, maybe 20% of the patients respond well. We’re hoping that with a vaccine plus checkpoint inhibitors, the number of patients who respond well will go up to 60 to 70%. We haven’t tried that yet in patients, but that’s the hope.”

• New Approaches to Resistant Cancers — Researchers at The Institute of Cancer Research (ICR), London, identified a drug that appears to be effective in cancers that become resistant to chemotherapy. The drug is called BOS172722 and it forces cancer cells to multiply faster, which would seem to be counterintuitive. However, this faster cell division causes more fatal errors in the cells. And in the case of this drug, appears to cause fatal errors in all the cancer cells.

“We have discovered a brand new type of cancer treatment that uses cancer’s rapid growth against it, by forcing cells through cell division so quickly that they accumulate fatal errors,” said Spiros Linardopoulos, Professor of Cancer Biology and Therapeutics at the ICR, who led the study. “The drug works especially well in combination with chemotherapy in triple negative breast cancer cells—the deadliest form of breast cancer for which there are few successful treatments.”

Patients with triple-negative breast cancer generally receive taxane chemotherapies, such as paclitaxel. Paclitaxel affects chromosome distribution during cell division but prevents cells from dividing—also resulting in cell death. However, some cells develop resistance to the drug.

The drug also worked at lower doses when used in combination with paclitaxel, at least in lab animals, and was well tolerated by the mice.

• Atossa Genetics — In September, Atossa Genetics completed enrollment of its Phase I clinical trial of a proprietary modified-release oral tablet form of its Endoxifen. The trial has enrolled and endorsed 24 participates in the last six weeks. The company will use the Phase I dosing data to conduct a Phase II trial on whether the drug reduces breast density. Mammographic Breast Density (MBD) can mask the detection of cancers, and 35 states have legislation requiring women be notified if they have MBD, indicating that they have a higher risk of breast cancer and that mammography may not be as effective in detecting breast cancer as a result.

• In August, Mustang Bio announced that City of Hope had received a $9.28 million grant from the California Institute for Regenerative Medicine (CIRM) to fund an ongoing Phase I trial of MB-103 in HER2-positive breast cancer with brain metastases. City of Hope holds patents covering the HER2 CAR that were licensed to Mustang Bio in 2017. The trial is expected to enroll 21 City of Hope patients with the primary objective to determine safety and dosing for intraventricular delivery of HER2-specific CAR-T cells.

• SELLAS Life Sciences Group — Also in August, SELLAS Life Sciences Group completed enrollment in its Phase II trial of nelipepimut-S (NPS) in combination with granulocyte-macrophage colony-stimulating factor (GM-CSF) in women with ductal carcinoma in situ (DCIS) of the breast who are HLA-A2+ or A3+ positive, express HER2 at IHC 1+, 2+, or 3+ levels, and are pre- or post-menopausal. The primary endpoint is the difference in frequency of newly induced NPS-cytotoxic T lymphocytes in peripheral blood between the two arms.

Novartis — Also in late July, Novartis announced that its Phase III MONALEESA-3 clinical trial of Kisqali (ribociclib) hit its key secondary endpoint, overall survival, in a pre-planned interim analysis. The MONALEESA-3 trial is evaluating the efficacy and safety of Kisqali plus fulvestrant in postmenopausal women with HR+/HER2- advanced or metastatic breast cancer in the first-line and second-line treatment settings.

All of which suggests that intense research is ongoing in preventing and treating breast cancer, with improvements being developed every day.