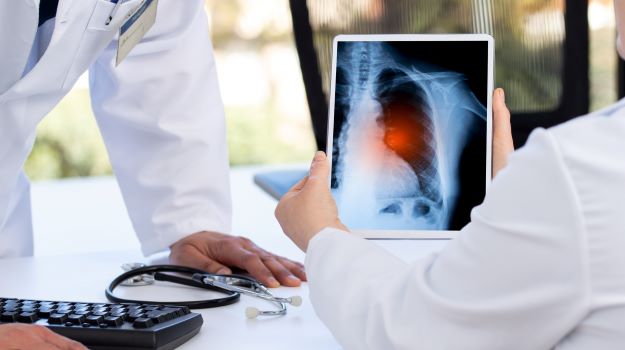 Scientists from the Brigham and Women's Hospital and the Massachusetts General Hospital have found that the presence of the SARS-CoV-2 spike protein in the plasma could be a hallmark of long COVID. These results show that the virus can linger in the body of patients who suffer from prolonged symptoms.

The data, published in June on the preprint server medRxiv, revealed that of the 37 participating patients with persistent symptoms, 65% had detectable levels of viral antigens in their plasma samples. The most common of these was the spike protein, which was detected in 60% of all long COVID models. Meanwhile, the spike protein was absent in the plasma of patients who didn’t suffer from prolonged COVID-19 symptoms.

The study enrolled a total of 63 patients who had recovered from COVID-19. To look for biomarkers associated with long COVID, blood samples were collected at least twice over the year after each participant's first positive swab test. The findings have yet to be peer-reviewed.

While a very small study, it is backed up by the research of Amy Proal, a microbiologist at the PolyBio Research Foundation who recently told Science that studies have shown "the virus is capable of persistence in a wide range of body sites," particularly citing the nerves.

Meanwhile, Dr. Danilo Buonsenso, a pediatric infectious disease physician at Gemelli University Hospital in Italy suspects that damage to the cells and tissues that control blood flow is causing tiny blood clots to form. This, he believes, is responsible for the shortness of breath and fatigue his patients are still experiencing months after the mild infections that are common in most children.

Down under, immunologist Chansavath Phetsouphanh of the University of New South Wales in Sydney, has yet a third hypothesis, that the immune systems of COVID-19 patients are still overactive several months after their initial recovery. While these may appear to be disparate theories, each of these researchers told Science they believe the cause to be a combination of factors, with Buonsenso describing the process as a "triangle" where each trigger may explain or amplify the others.

Who's at Risk for Long COVID?

Long COVID, more technically called post-acute sequelae of COVID-19, refers to symptoms that persist, recur or arise months after the patient has cleared the initial infection. These symptoms are highly varied, ranging from lingering tiredness or coughs to diarrhea, rashes and disruptions in a woman’s menstrual cycle. In some cases, long COVID can even manifest as depression and anxiety or cognitive problems such as brain fog.

While anyone infected with the coronavirus can get long COVID, those with a severe illness, as well as unvaccinated patients may be at much higher risk. As such, the U.S. Centers for Disease Control and Prevention points to immunization as an effective way to prevent post-acute symptoms.

Biopharma is on the Case, with Results Expected Near-Term

To work alongside coronavirus vaccines, several companies are developing drugs to target different long COVID symptoms. Clinical-stage biotech company Axcella Health is in the midst of an ongoing Phase IIa study to assess its candidate AXA1125 for long COVID. In preclinical studies, the drug showed promise in cutting markers of insulin resistance, inflammation and fibrosis. Preliminary data from the clinical studies are expected to come later this year.

Joining Axcella is Boston’s PureTech, which banked on its LYT-100-COV (deupirfenidone), an anti-inflammatory and anti-fibrotic agent, for the treatment of persistent respiratory symptoms after COVID-19. However, the company announced last month that its candidate had fallen short of the Phase II primary endpoint and could not demonstrate significant benefit over placebo. LYT-100 is no longer being developed for long COVID and has been dedicated solely to idiopathic pulmonary fibrosis.

Moreover, a recent trial has found that thromboprophylaxis, mainly using Johnson & Johnson’s Xarelto (rivaroxaban), can significantly reduce the incidence of fatal venous thromboembolism, cardiovascular death and other cardiac complications after recovering from COVID-19. The drug was also largely safe for this indication, causing no bleeding episodes and triggering allergic reactions in only 1% of recipients.

Takeda’s Trintellix (vortioxetine), a known antidepressant, is likewise being tested as a treatment for post-COVID-19 cognitive problems. The Phase II randomized, double-blind, placebo-controlled trial is set to enroll some 200 participants and quantitatively assess cognitive function through the Digit Symbol Substation Test. The study is expected to be completed later this year.

Also in Phase II assessments is Genentech’s Esbriet (pirfenidone), which is being tested against pulmonary fibrosis after COVID-19. Enrolling nearly 150 patients, the trial will pit the test drug against a placebo and compare the induced changes in forced vital capacity and lung fibrosis. The study was expected to have been completed last month, though no data are available.