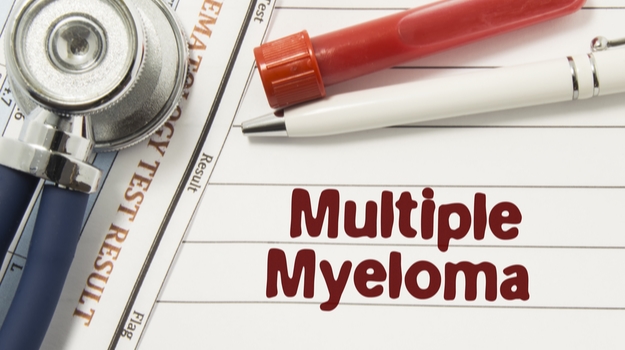 BMS said topline results from the late-stage ELOQUENT-1 trial assessing the combination of Empliciti (elotuzumab) plus Revlimid (lenalidomide) and dexamethasone against Revlimid and dexamethasone alone in patients with newly diagnosed, previously untreated multiple myeloma who are transplant-ineligible did not hit the mark in progression-free survival. In its brief announcement, BMS said the addition of Empliciti to the regimen did not show a statistically significant improvement in PFS. The purpose of the study was to determine whether the addition of Empliciti to Revlimid and low-dose dexamethasone would improve PFS, the study’s primary endpoint. Secondary endpoints include objective response rate and overall survival.

BMS said it will provide full details of the Phase III ELOQUENT-1 trial at a future medical conference. No new safety signals were observed in the trial, the company noted. Bristol Myers Squibb and AbbVie are co-developing Empliciti, with Bristol Myers Squibb solely responsible for commercial activities.

Noah Berkowitz, head of Global Clinical Development in Hematology at BMS, said they are disappointed that the Phase III trial did not meet its primary endpoint in the transplant-ineligible patient population.

“The Empliciti, Revlimid and dexamethasone combination remains a standard treatment for patients with relapsed/refractory multiple myeloma, providing the potential for improved survival in this population of patients who are in need of additional treatment options,” Berkowitz said in a statement.

Empliciti was approved in 2018 for adults with multiple myeloma who have received at least two prior therapies, including Revlimid.

Meletios A. Dimopoulos, a trial investigator and chairman of the Department of Clinical Therapeutics at Kapodistrian University of Athens School of Medicine, echoed the comments of Berkowitz. Dimopoulos noted that multiple myeloma is an aggressive disease that is characterized by relapse and the likelihood to be refractory to several therapies.

“While the elotuzumab, lenalidomide and dexamethasone combination was unable to show a benefit in patients with newly diagnosed multiple myeloma at this time, it remains an important treatment option in the relapsed/refractory setting,” Dimopoulos said this morning.

Multiple myeloma is an incurable blood cancer that affects plasma cells found in the bone marrow. In 2019, it is estimated that 32,110 people will be diagnosed and 12,960 will die from the disease in the United States. Autologous stem cell transplants, which use the patient’s own stem cells, in combination with chemotherapy are a common treatment for multiple myeloma.