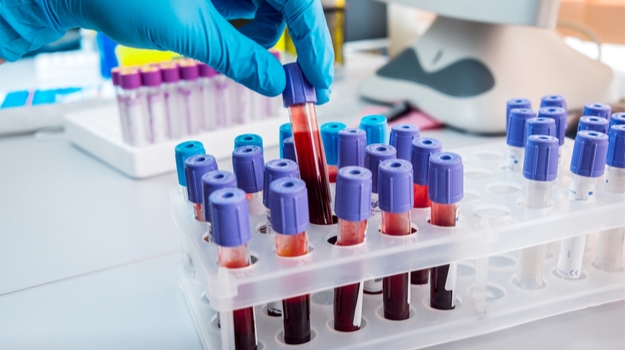 A new blood test in development from GRAIL, Inc. and studied by investigators at the Dana-Farber Cancer Institute has the ability to accurately screen for numerous types of cancer.

Data from the study was presented at the European Society for Medical Oncology (ESMO) 2019 Congress. The study showed that the next-generation sequencing technology can probe DNA for chemical tags known as methylation that influence whether genes are active or inactive, Dana-Farber said this morning. According to the study, the technology probed 3,600 blood samples, some from patients with cancer and some from those who had not been diagnosed, and the test was able to pick up on cancer signals. Additionally. The test correctly identified the tissue from where the cancer began. Dana-Farber said the test’s specificity was high, as was its ability to pinpoint the organ or tissue of origin, researchers found.

GRAIL’s test looks for DNA, which cancer cells shed into the bloodstream when they die. In contrast to "liquid biopsies," which detect genetic mutations or other cancer-related alterations in DNA, the technology focuses on modifications to DNA known as methyl groups, Dana-Farber said. Methyl groups are chemical units that can be attached to DNA, in a process called methylation, to control which genes are "on" and which are "off." Abnormal patterns of methylation turn out to be, in many cases, more indicative of cancer -- and cancer type -- than mutations are. The test zeroes in on portions of the genome where abnormal methylation patterns are found in cancer cells, Dana-Farber noted in its announcement.

Dana-Farber’s study showed that the GRAIL test had a specificity of 99.4%, meaning only 0.6% of the results incorrectly indicated that cancer was present. The sensitivity of the assay for detecting a pre-specified high mortality cancers was 76%. Within this group, the sensitivity was 32% for patients with stage I cancer; 76% for those with stage II; 85% for stage III; and 93% for stage IV. Sensitivity across all cancer types was 55%, with similar increases in detection by stage. For the 97% of samples that returned a tissue of origin result, the test correctly identified the organ or tissue of origin in 89% of cases, Dana-Farber said in its announcement.

“The results of the new study demonstrate that such assays are a feasible way of screening people for cancer,” Oxnard said in a statement. He added that the results of this study indicate that if the test were in wide use, it could help patients receive more effective treatments.

Data presented by GRAIL in the spring at the 2019 American Society of Clinical Oncology showed GRAIL’s investigational multi-cancer blood test detected a strong signal for 12 deadly cancer types at early stages with a very high specificity of at least 99%. The test was aimed at 12 pre-specified cancer types, including anorectal, colorectal, esophageal, gastric, head and neck, hormone receptor-negative breast, liver, lung, ovarian, and pancreatic cancers, as well as multiple myeloma and lymphoid neoplasms. These types of cancer make up about 63% of cancer deaths in the United States, the company said. The combined analysis of this group of cancers showed robust detection at early stages, 34%, 77%, and 84% at stages I, II, and III, respectively, GRAIL noted at the time it presented its own data.