8 Best Cities In The US Offering Biotech Jobs 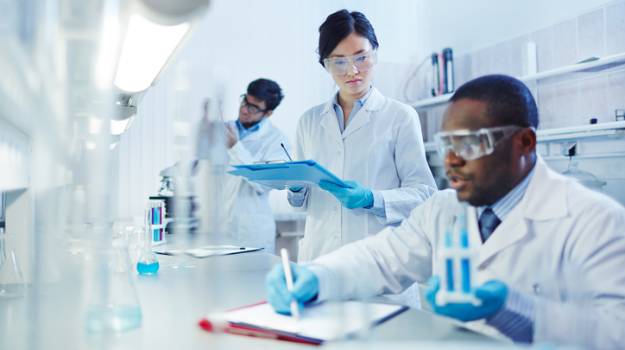 Biotech jobs are one of the most promising career paths for people who are into life sciences and those who dream of creating change in the world through developing breakthrough medicines and therapeutics.

It has also gained ground in the industry due to the current global health crisis. Amidst the coronavirus disease (COVID-19) pandemic, biotech firms were in the front of developing vaccines and drugs against chronic and emerging diseases.

Experts project that the global biotechnology market value will reach $727.1 billion by 2025. Across the globe, venture capital firms invested about $16.8 billion in private drug development in 2018 and are expected to increase as the world grapples with a pandemic. Also, the biotech employment rate will grow by 5 percent from 2019 to 2029.

If you're looking for a job in the biotech industry, some areas are better than others. Some cities receive more funding from the government or have ample space for large drug companies. These factors play pivotal roles in boosting the image of biotech firms.

RELATED: How to Jumpstart Your Job Search Strategy

Consistently, the top state for biotechnology industries in Massachusetts, particularly in the Greater Boston area. Over the years, Boston has steadily built a tech hub that rivals other cities in the country.

The center of it all is biotechnology, with over 430 biotech companies. Most of these companies are located in Boston and Cambridge, two cities that form Massachusetts' biotech core.

Also, the Massachusetts Biotechnology Council reports that the state tops the life sciences cluster worldwide, boasting the highest educated workforce in the US.

It also notes that in 2018, Massachusetts biopharma companies surpassed more than $4.8 billion in venture capital investment, up from $900 million in 2012.

California has now been dubbed as home to the largest biotech and pharmaceutical hubs. From medical research to create innovative devices, the world relies on a vast and ever-improving biotech industry.

Due to the proximity to Silicon Valley, San Francisco Bay Area has infinite tech resources, making it an ideal home for biotech firms, including AbbVie, Genentech, Amgen, Gilead, and Merck. It is also a perfect city to scout for a biotech job.

Medical professionals, engineers, data scientists, and other highly skilled professionals are flocking to the area to land the perfect job.

Aside from San Francisco, Los Angeles and San Diego are also some of the ideal cities for biotech companies. According to Biocom's 2019 Economic Impact Report Databook, California is home to three biotech and pharmaceutical hubs – San Francisco Bay Area, San Diego, and Los Angeles.

The two latter cities in southern California are located in an area known as Biotech Beach because many life sciences firms are there. The three top companies situated in these cities are Acadia Pharmaceuticals, Eli Lilly, and Amgen.

When looking for an ideal biotech job, you may want to consider these two cities. There are over 3,000 life sciences companies to choose from and 25 universities, research institutions, and colleges.

If you want to go Eastern in the U.S., Chicago is blossoming into a good biotech hub. The city has long been a healthcare hotbed, making it ideal for biotechnology companies to settle there.

The biotech sector has been strengthening over the recent years, including pharmaceutical giants like Baxter International and Abbott Laboratories.

The city is also witnessing a substantial increase in early-stage life sciences companies, called biotech startups. Most of these startups stemmed from high-end universities like the University of Chicago and Northwestern University, proving themselves as some of the country's most impressive life sciences newbies.

Also, Chicago boasts its strength as a leader in the biotechnology sector, which gained 1,423 jobs and added four companies between 2015 and 2016. The city also received over $738 million in National Institutes of Health (NIH) grant funding in 2016.

RELATED: Pharm Country Hotbed Continues to Prove it is Home to a Hot Job Market

Seattle's academic and research institutions have dominated the state's biopharma cluster. The University of Washington School of Medicine is now completing a $145-million tower to house research laboratories and offices, a diabetes institute, a retina clinic, and neighborhood clinics.

In a report by the United States Bureau of Labor Statistics, Seattle is the fastest growing in the top 10 life sciences market between 2014 and 2017, experiencing 17 percent growth. In terms of NIH funding, Seattle ranked eight in cities receiving the most grants.

Philadelphia in Pennsylvania is also a hotspot for landing a biotech firm job. The city has the 5th highest population of all cities in the US. It also houses 90 universities and colleges, offering talents for over 1,600 life science companies.

It is also the fastest-growing region for healthcare companies in the US and ranked top 1 in the nation for science and engineering talent.

Finding a biotech job in Maryland will not only help you land a high-paying job, but it is also a ground for research and learning innovative skills that can make you competent and skilled.

Other cities that are ideal locations to find biotech jobs are New York and New Jersey. New York is the largest city in the United States, with an extensive health system employing 14,000 life science professionals.

The city plans a $100 million "Applied Life Sciences Hub" with a $500 million ten-year deal to establish the city as the world leader in life science research and development. It calls for 16,000 new life sciences jobs and about 3 million square feet of new life science space.

Meanwhile, New Jersey is home to big corporations like Johnson & Johnson, the maker of the Janssen COVID-19 vaccine, Bristol-Myers Squibb, and Novartis.

These cities are trending locations to job hunt for life science professionals looking for high-paying jobs and a learning experience.

Considering each city's funding and qualities, it's up to you to choose where you want to work. You may consider other factors like living expenses, distance from home, and the likelihood for promotions, training, and benefits.