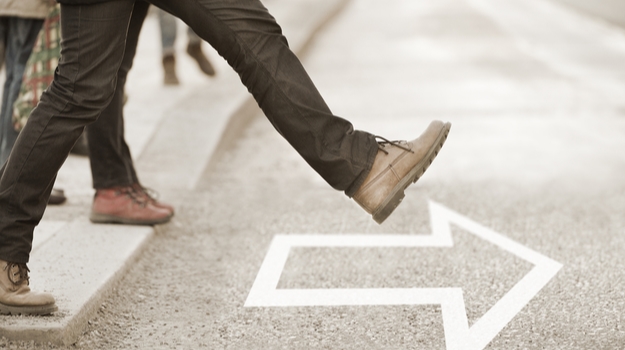 Akcea Therapeutics – Kyle Jenne has been named chief commercial officer of Akcea Therapeutics, a subsidiary of Ionis Pharmaceuticals. Jenne joined Akcea in May 2017 as the U.S. commercial head and built the company’s first sales force and executed the launch of Tegsedi in the United States. Jenne has held leadership positions at Acorda Therapeutics, Pfizer, Inc. and Mallinckrodt Pharmaceuticals and was responsible for the design, development and implementation of patient support programs and payer strategies in the U.S. for rare disease products.

Kintai Therapeutics – Francesca Barone joined Kintai Therapeutics, a Flagship Pioneering company, as the head of experimental medicine. Barone is a board qualified rheumatologist. Prior to Kintai, Barone was a reader and academic head of business engagement for the College of Medical and Dental Science at the University of Birmingham.

Kronos Bio – California-based Kronos Bio added two new executives, Christopher Lee and Charles Lin to its C-suite. Lee was named vice president of program management and Lin was named vice president of biology. Lee will play a critical role in establishing a Program Management function at Kronos across both its San Mateo, Calif. and Cambridge, Mass. offices. He will begin working at the company on Nov. 4. Lin will focus on the discovery of novel small molecules that modulate historically undruggable oncology targets. He will also develop Kronos’ bioinformatics capability, which will allow the company to fully leverage genomic and proteomic insights in the advancement of its discovery pipeline. Lin will begin his role at the company on Dec. 20. Lee joins Kronos from Gilead Sciences where he spent 19 years in roles of increasing responsibility. Most recently, he served as senior director of Research Portfolio Management, where he established a new Project Management department. Lin is joining Kronos from Baylor College of Medicine, where he served as an assistant professor in the Department of Molecular and Human Genetics.

IDx Inc. – Iowa-based IDx tapped LabCorp executive Seth Rainford as president of Global Markets. In his newly created role, Rainford will be charged with expanding market opportunities and driving operational excellence at IDx. Rainford joins the company during a rapid stage of growth, shortly after the company received a breakthrough FDA clearance for the first autonomous AI diagnostic system in any field of medicine. Rainford most recently served as regional vice president and general manager of LabCorp in the Greater Chicago Area. Previously, he served as vice president at Northwestern Medicine, where he drove the commercialization and scaling of their outreach diagnostics business.

KCR – Douglas Bain was named chief technology officer of Boston-based KCR, a clinical development solutions provider. Bain will begin his tenure at the KCR Group by developing the technology strategy for Curandus, a KCR sister company designed to manage patient engagement. Bain joins KCR with over 20 years of experience in the development and implementation of clinical trial technology solutions.

HepaRegeniX GmbH – Germany-based HepaRegeniX named Michael Lutz as the new chief executive officer and managing director of the company. Lutz is an experienced biotech entrepreneur who has spent the last 15 years at executive management positions with several life sciences companies that he successfully established or built-up to a successful exit. Prior to joining HepaRegeniX, he was CEO of LifeCodexx AG. Wolfgang Albrecht who was the founding CEO since 2017, remains part of the now extended leadership team and will be responsible in the future as chief operating officer. Additionally, Birgit Jung was named chief scientific officer.

LetsGetChecked – Troy Cox was named to the board of directors of LetsGetChecked, a direct-to-consumer at-home health testing company. Cox brings more than thirty years of proven performance in global, strategic, operational and commercial healthcare leadership, including in his most recent role as president and CEO of Foundation Medicine. Prior to Foundation Medicine, Cox served as senior vice president of Roche-Genentech, where he led the largest oncology portfolio in the U.S. He also held roles with UCB BioPharma and Sanofi-Aventis.

Sernova Corp. – David Swetlow joined regenerative medicine company Sernova as CFO. Swetlow is a veteran of the high tech and life sciences industries with over 20 years in various senior management, board, and advisory roles for start-up, acceleration, and high-growth stage companies. Sernova's outgoing CFO, Sean Hodgins, will assist with the transition.

Aperio Clinical Outcomes – Cari Kniola was named director of corporate strategy for N.C.-based Aperio. Kniola has over 20 years of clinical research experience in the medical device and pharma industries, ranging from a clinical research associate through project management of global studies at both sponsor companies and CROs.

Health Monitor Network – CEO Ken Frerich was named a 2019 DTC Innovator of the Year Award recipient. The DTC Innovator Award was created by DTC Perspectives to honor leaders whose DTC marketing efforts help promote and improve patient marketing effectiveness. Honorees are selected based on accomplishments -- where innovation creates meaningful change in the industry and business success.

CBSET – CEO Peter Markham has been named ‘2019 Biomedical Research Business Leader’ by the Massachusetts Society for Medical Research (MSMR). Prior to co-founding CBSET in 2006, Markham served as general manager of the Worcester/Southbridge division of Charles River Laboratories. Prior to CRL, he served as a senior executive at various scientific research companies including Genzyme Transgenics, Primedica Corporation, BioDevelopment Laboratories, and Arthur D. Little.