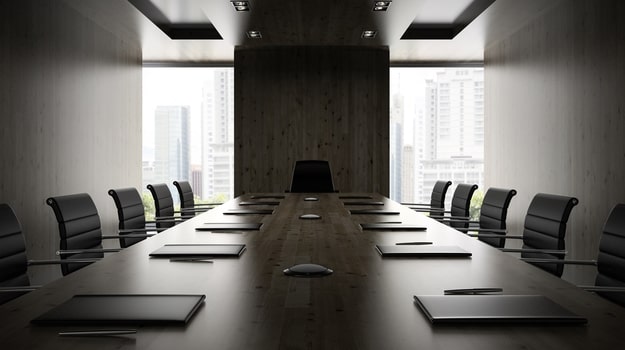 AVEO Oncology – David Crist was named vice president of sales at AVEO Oncology. He will be responsible for building out AVEO’s sales force in anticipation of the potential approval and launch of tivozanib, the company’s next-generation vascular endothelial growth factor receptor tyrosine kinase inhibitor (VEGFR-TKI), as a treatment for relapsed or refractory renal cell carcinoma. Over the course of his career, Crist held oncology-focused sales roles at several pharmaceutical companies including MGI (Molecular Genetics, Inc), Eisai, Sanofi Genzyme, GlaxoSmithKline and ARIAD Pharmaceuticals.

Topas Therapeutics – Germany’s Topas Therapeutics GmbH tapped Klaus Martin as its new chief executive officer. He replaces Timm Jesson, who resigned for personal reasons. Martin joins Topas from Toronto-based Apobiologix, Apotex’ biotechnology division, where he had served as president since 2018. Prior to that, he was chief scientific officer of Polpharma Biologics, the biologics arm of Polpharma S.A. Previously, he worked at Sandoz Biopharmaceuticals, both in Germany and Austria, most recently serving as Global Head Business Development & Licensing (BD&L) and Portfolio Management.

HepaRegeniX GmbH – David Shapiro joins Germany’s HepaRegeniX as senior medical adviser. Shapiro most recently served as chief medical officer and head of research and development at Intercept Pharmaceuticals. Prior to that, he was CMO of Idun Pharmaceuticals. He also previously served as president of the Scripps Medical Research Center of Scripps Clinic.

Hookipa Pharma – Jean-Charles Soria was appointed to the board of directors of Hookipa Pharma Inc. Soria is professor of Medicine and Medical Oncology at the University of Paris-Saclay and currently serves as Director General of the Gustave Roussy Cancer Center.

Centogene – CEO and founder Arndt Rolfs will step down. Andrin Oswald will take over the helm of the company on Dec. 1. Rolfs has agreed to serve as an advisor during the transition period. Oswald was most recently the Delegate for COVID-19 Vaccines and Immunotherapies for the Federal Government of Switzerland. Prior to that, he was Director of Life Science Industry Engagement and Partnerships at the Bill & Melinda Gates Foundation. Before the foundation, he oversaw business integration at GlaxoSmithKline. Before GSK, Oswald spent more than 10 years in a variety of leadership roles at Novartis.

Mereo BioPharma – Christine Fox was named chief financial officer and Heidi Peterson was named senior vice president of Regulatory Affairs at London’s Mereo BioPharma. Fox replaces Interim CFO and current Mereo board member Michael Wyzga, who will continue to serve on Mereo’s Board. Prior to joining Mereo, Fox served as Group Financial Controller and Treasurer of Travelport where she managed a global financial operations team. Prior to Travelport, she spent more than 10 years at KPMG in the U.S. and Switzerland. Peterson previously served as vice president, Regulatory Affairs at Kartos Therapeutics. Prior to Kartos, Petersen served in a similar role at Immune Design. Before that, Petersen served as vice president, Regulatory Affairs and Quality at BN-Immunotherapeutics.

Assembly Biosciences – Gina Consylman was appointed to the board of directors of Bay Area-based Assembly Biosciences. Consylman will serve as a member of Assembly’s Audit Committee. Consylman is senior vice president and CFO at Ironwood Pharmaceuticals. Consylman began her career at Ernst & Young LLP and served in financial leadership roles at a number of healthcare and technology companies.

Lyndra Therapeutics – George Eldridge was named CFO of Lynda Therapeutics. Eldridge will lead strategic global financial operations, including the management of potential financings, investor relations, mergers and acquisitions, and will build the company’s presence on Wall Street. Eldridge held CFO positions across a variety of life sciences companies, including most recently at Proteon Therapeutics, Inc., and prior to that at Targanta Therapeutics Corporation, Therion Biologics Corporation and Curis, Inc.

Conversion Labs – Former White House physician and U.S. Navy Rear Adm. Connie Mariano was appointed to the board of directors of Conversion Labs. She served for nine years at the White House as physician to three sitting presidents. After leaving the White House, Dr. Mariano became a consultant in the executive health program at the Mayo Clinic and later founded the Center for Executive Medicine, a concierge medical practice.

Orchard Therapeutics – CEO Bobby Gaspar has been appointed to the Alliance for Regenerative Medicine’s (ARM) 2021 board of directors. In collaboration with the executive committee and board of directors, Gaspar will provide guidance supporting formation and implementation of ARM’s strategic priorities and focus areas over the coming year.

TriSalus – Trevor McCaw has been named chief commercial officer of TriSalus Life Sciences, a new position for the company. McCaw, who was most recently president and CCO of Clerio Vision, will play a central role in integrating the company’s therapeutics and innovative drug delivery systems. In addition to his work at Clerio Vision, McCaw served as president and COO for Blueprint Clinical. McCaw founded Aegis Medical Innovations of Vancouver, overseeing fundraising, operations, R&D and clinical trials of a break-through implantable cardiovascular stroke prevention device licensed from Mayo Clinic.