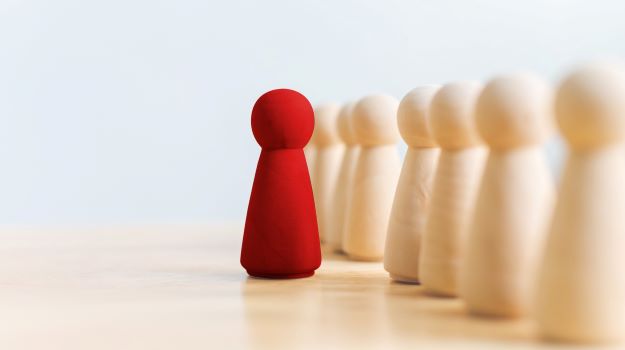 Hansa Biopharma -- Sweden-based Hansa Biopharma tapped Magnus Korsgren, as Vice President and Head of Research and Development. Korsgren will lead the efforts to advance Hansa Biopharma’s pipeline for rare immunologic diseases, including those for the treatment of anti-glomerular basement membrane antibody disease, Guillain-Barre Syndrome and antibody-mediated kidney transplant rejection post kidney transplantation. He brings more than 15 years’ experience from leadership positions in a variety of pharmaceutical and biotech companies, including Ferring, AstraZeneca, BioInvent and Novartis. Korsgren is board certified in Clinical Pharmacology and has published more than 30 original articles, reviews and book chapters.

ERS Genomics -- Jon Kratochvil was named Vice-President for Business Development & Licensing for North America. Kratochvil joins the company from MilliporeSigma where he was Director of Business Development and Licensing. Prior to this he was a licensing manager and the competitive intelligence analyst for Abbott Laboratories diagnostics division.

Abivax -- Sophie Biguenet was named chief medical officer of France-based Abivax. In her new role, she follows Jean-Marc Steens, M.D., who plans to retire after six years as Abivax’s CMO. Prior to joining Abivax, Biguenet served as CMO at Versantis, a Swiss clinical-stage biotech company. She started her biopharmaceutical career focusing on immunosuppression in solid organ transplantation at Roche. Prior to joining Versantis she held leadership positions in global drug development in France with Biogen Idec, and in the United States with Bristol-Myers Squibb and AbbVie.

Artizan Biosciences -- Donnie McGrath and Seth Rudnick were appointed to the Artizan board of directors. McGrath has more than 20 years of pharmaceutical industry experience, and currently serves as Chief of Corporate Strategy and Business Development for Biohaven, and Executive Chairman of BioShin Ltd. He joined Biohaven in 2017 from BMS, where he was Vice President of Business Development and Head of Search & Evaluation. Rudnick has extensive expertise in drug discovery and development and healthcare investments. He currently serves on the boards of directors of G1 Therapeutics and Liquidia Technologies. Rudnick spent nearly 15 years building the biopharmaceutical investing capability for Canaan Partners. Prior to joining Canaan, he was the Chief Executive Officer and Chairman of CytoTherapeutics and served in leadership roles at Ortho Biotech and Biogen N.V.

Vaccitech – U.K.-based Vaccitech Ltd. appointed Anne Phillips and Karen A. Dawes to its board of directors. Phillips currently serves as Senior Vice President Clinical, Medical & Regulatory Affairs at Novo Nordisk. Prior to this, she served in multiple executive roles in drug development at GlaxoSmithKline including Vice President Medicine Development Leader of a leading prostate cancer therapeutic. Dawes has led a distinguished career as an executive at several biopharmaceutical companies including Bayer Corp., Wyeth Pharmaceuticals, Genetics Institute and Pfizer, where she held leadership roles in business, marketing and commercialization. More recently, Dawes has led her own successful consultancy company working with emerging companies on corporate strategy and commercial development.

SVB Leerink -- Robert Minear will join SVB Leerink’s Healthcare Services and Technology Franchise team. Minear joins the firm as a Senior Managing Director focused on leading the firm's financial sponsor origination efforts to further enhance the firm's growing leveraged finance business. Minear joins SVB Leerink from Guggenheim Securities where he was a Senior Managing Director in Healthcare investment banking, with a focus on advising companies in the healthcare services sector. Prior to his work at Guggenheim Securities, Minear was a Managing Director and Head of Healthcare Services Mergers and Acquisitions in Jefferies Group's Healthcare investment banking practice and a member of the M&A groups at UBS.

AavantiBio – Douglas J. Swirsky was named CFO of Boston-based AavantiBio. Swirsky will be responsible for building out the company’s financial, accounting, and facility functions to support AavantiBio’s growth and clinical development of its diversified pipeline of gene therapies. Swirsky most recently served as president and CEO of Rexahn Pharmaceuticals, Inc., where he led the company’s merger with Ocuphire Pharma, Inc. in 2020. Prior to Rexahn, he was president and CEO of GeneVec Inc. Swirsky currently serves as chairman of the Board of Directors of Cellectar Biosciences, Inc. and NeuroBo Pharmaceuticals, Inc.

Apnimed – David P. White joined the Apnimed team as Distinguished Scientist and Chair of Apnimed’s Scientific Advisory Board. White is a leader in sleep disorders having served as President of the American Academy of Sleep Medicine, and recently as the CMO for Philips Respironics. White is a Professor of Medicine, part-time, at Harvard Medical School in Boston, Mass.

Dyna Therapeutics – Wildon Farwell was named CMO of Dyne Therapeutics, Inc. Farwell joins Dyne from Biogen, Inc., where he was vice president, global head of neuromuscular diseases, medical affairs. During his 10 years at Biogen, Farwell led the development and life cycle management of Spinraza. Previously, Farwell was an Assistant Professor in Medicine at Harvard Medical School and a physician at Brigham and Women’s Hospital and the VA Boston Healthcare System.

Neurescue – Denmark-based Neurescue announced the appointment of medical device industry veteran Mette-Marie Harild to the company’s board of directors. Harild was most recently the regional vice president of Medtronic’s largest sub-region in Europe, Middle East and Africa. Prior to joining Medtronic, she held a number of leadership positions during her 16-year tenure with the Johnson & Johnson pharma company, Janssen, including sales director of Denmark and the Nordic sales director.

Diaceutics -- Nikita Lynn was named Vice President of Finance for Diaceutics. She has been promoted to this position following her tenure as Senior Director of Corporate Advancement. In this new role, she will work with the finance and executive management team to grow Diaceutics’ business. Before joining Diaceutics in August 2020, Nikita was a Senior Manager at PwC where she spent approximately six years in the Assurance Department.

Solid Biosciences – Erin Power Brennan was named chief legal officer and Joel Schneider was promoted to chief operating officer of Solid Biosciences. In her role at Solid Biosciences, Brennan will be responsible for all aspects of the Company’s legal and compliance affairs. Brennan was most recently SVP, General Counsel & Secretary at Covetrus Inc., where she was the lead legal executive for the animal health technology, pharmacy, and services business. In his previous roles at Solid, Schneider was responsible for sourcing and validating novel scientific approaches. Most recently, Schneider was responsible for overseeing the GMP implementation strategy of the company’s next-generation manufacturing process. His responsibilities will now grow to include corporate and technical operations, quality, patient advocacy, communications, corporate strategy, and human resources. The company also announced the appointment of Pfizer veteran Clare Kahn and Georgia Keresty, COO of Takeda Pharmaceuticals, to its board of directors.