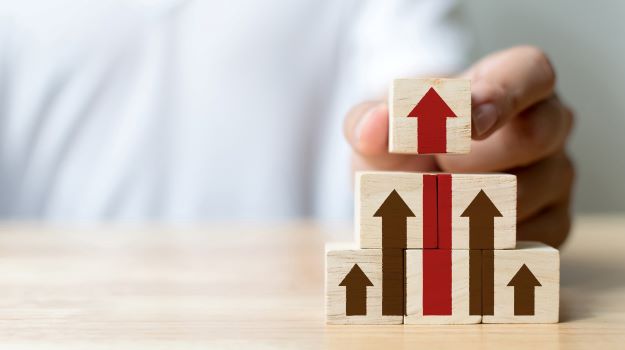 Myovant Sciences – David Marek was named the new chief executive officer of Switzerland-based Myovant Sciences. Marek succeeds Lynn Seely. He joins Myovant from Axsome Therapeutics where he was chief commercial officer responsible for building out commercial capabilities in preparation for multiple expected launches. Prior to Axsome, Marek served as general manager of Amgen’s Neuroscience Business Unit. He joined Amgen as vice president of marketing for Amgen’s Inflammation and Nephrology Business Unit. Prior to Amgen, Marek was executive vice president, consumer services at WebMD.

Adrenomed AG – Germany-based Adrenomed AG has a new CEP. Wolfgang Baiker, the former CEO of Boehringer Ingelheim USA Corp. will take over the company’s top spot. Before the CEO role at Boehringer Ingelheim, he held various roles at the company, including Head of Global Development, Head of Global Manufacturing and Global Quality, as well as Head of the Biopharmaceutical Business Unit. Currently, Baiker is a Venture Partner with Wellington Partners, chairs the Board of Trustees of the Max Planck Institute of Polymer Research and sits on multiple boards of biopharmaceutical start-up companies.

BBT – Babraham Bioscience Technologies Ltd. (BBT) added three members to its board of directors, which will oversee the development and day-to-day management of the Babraham Research Campus.
Professor Wolf Reik, acting director of Babraham Institute has been nominated to represent its trustee shareholder interests. Wolf replaces Clive Page, Professor of Pharmacology and Director of the Sackler Institute of Pulmonary Pharmacology at King’s College London, who is stepping down after many years’ of committed service to the business. Alexander Hewitson, Head of Operations at AstraZeneca and Clive Stanway, an independent cancer drug discovery and development advisor, who was most recently with Cancer Research UK, also join the board as independent non-executive directors.

Pliant Therapeutics – Gregory P. Cosgrove was named vice president of clinical development at Pliant Therapeutics. Cosgrove most recently served as the chief medical officer of the Pulmonary Fibrosis Foundation. Concurrently, Cosgrove also held the roles of Associate Professor within the pulmonology divisions of the University of Colorado-Denver and National Jewish Health Departments of Medicine.

Checkmate Pharmaceuticals – Robert F. Dolski was named chief financial officer of Checkmate Pharmaceuticals. Dolski joins Checkmate from Akcea Therapeutics where he served as vice president of Finance. Before that, he was head of Financial Planning & Analysis for Moderna Therapeutics, and he was Senior Director of Finance at Forum Pharmaceuticals, Inc. He also served as vice president of Finance and Treasury at Human Genome Sciences, Inc., which was acquired by GlaxoSmithKline. Mr. Dolski started his career in the biopharma industry at Amgen, Inc. holding various financial roles. In addition to Dolski’s appointment, Checkmate named Katherine Eade the company’s new General Counsel. Eade currently serves as a member of the board of directors of Harvard Bioscience. Before joining Checkmate, Eade served as vice president of Strategic Commercial Affairs at Align Technology.

MiNA Therapeutics – Robin Wright was named CFO of U.K.-based MiNA Therapeutics. Wright joins MiNA from his most recent position as CFO at Pharming Group NV. In his role at Pharming Group, he led the company’s transition towards a market capitalization of almost $1 billion. Prior to this, Wright held senior roles in private equity and investment banking, including Head of European Pharma & Chemicals M&A at Citibank Salomon Smith Barney.

Aura Biosciences – VelosBio CEO David Johnson was appointed to the board of directors of Aura Biosciences. Prior to founding VelosBio, Johnson was the CEO at Acerta Pharma, which was acquired by AstraZeneca. Before Acerta, Johnson held roles with increasing responsibility within commercial, pipeline development, medical affairs, and clinical development organizations at various healthcare companies including Hoffman-La Roche, Immunex (acquired by Amgen), Millennium (acquired by Takeda), Favrille, Gloucester (acquired by Celgene), and Calistoga (acquired by Gilead).

Entrada Therapeutics – Peter Kim was named to the board of directors of Entrada. Kim is currently the Virginia & D.K. Ludwig Professor of Biochemistry at Stanford University, Institute Scholar at Stanford ChEM-H and Lead Investigator of the Infectious Disease Initiative at the Chan Zuckerberg Biohub. Kim was president of Merck Research Laboratories from 2003 to 2013. Prior to his time at Merck, Kim was a Professor of Biology at Massachusetts Institute of Technology and a Member of the Whitehead Institute.

Verastem – Frank Neumann was named CMO for Verastem and will oversee the company’s clinical and regulatory strategy. Neumann joins Verastem from bluebird bio where he served as Head of Oncology Clinical Research, Clinical Research Development. He has also held various leadership roles at Takeda Pharmaceuticals. Earlier in his career, Neumann was a member of the oncology medical teams at AstraZeneca and Sanofi-Aventis and was a research scholar at the University of Texas MD Anderson Cancer Center.

Sana Biotechnology -- Ke Liu joined the senior leadership team as Sana’s Head of Regulatory Affairs & Strategy. Liu joins Sana after more than 17 years at the U.S. Food and Drug Administration, where he most recently served as Associate Director for Cell and Gene Therapy at the FDA’s Oncology Center of Excellence, and Chief of Oncology Branch, in the Office of Tissues and Advanced Therapies at the Center for Biologics Evaluation and Research.

Silence Therapeutics – Craig Tooman was named CFO of London-based Silence Therapeutics. Most recently, he was CFO and COO at Vyome Therapeutics, and prior to this was CFO and then CEO of Aratana Therapeutics. Before Aratana, Mr. Tooman was the CFO of Enzon Pharmaceuticals until its acquisition by Sigma Tau. Before that, he led the $1.1 billion M&A initiative and integration of ILEX Oncology and Genzyme Corporation. He also held key positions at Pharmacia and Upjohn. Mr. Tooman currently serves on the Supervisory Board and Audit Committee of CureVac.

LifeMine Therapeutics – William G. Kaelin, the Sidney Farber Professor in the Department of Medicine at the Dana-Farber Cancer Institute and at the Brigham and Women's Hospital at Harvard Medical School, was named to the board of directors of LifeMine.

Constellation Pharmaceuticals – Brendan Delaney was appointed to the newly created position of CCO effective Jan. 11. Delaney will be responsible for building and leading the company’s commercial organization and pre-launch preparations in support of CPI-0610, which has the potential to be a disease-modifying therapy for patients living with myelofibrosis. Prior to joining Constellation, Delaney served as CCO at Immunomedics. Previously, he served in several senior positions of increasing responsibility at Celgene, Novartis Oncology and Genentech.