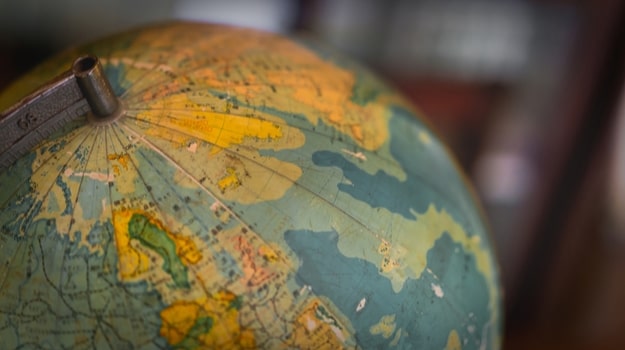 Shanghai continues to be an area of focus for many pharmaceutical companies seeking a toehold in China. Companies like AstraZeneca, Novartis and others have opened offices in Shanghai. Two months ago, Germany’s Vetter, a contract development and manufacturing organization, opened offices there, and now, ITM AG, another Germany-based company is following suit. ITM AG established a subsidiary in Shanghai to accelerate introduction of its precision oncology portfolio in China.

The subsidiary will expand ITM’s growing operations in China, which is a key emerging market for novel radiomolecular precision oncology. The ITM Shanghai team will focus on expanding and accelerating access of targeted therapeutic and diagnostic radiopharmaceuticals for Chinese patients.

bioMérieux – France-based bioMérieux signed an agreement to become the exclusive distributor of Accellix products in China, Japan, Australia and South Korea. The Accellix technology enables complex cellular quality control testing of cellular therapies, at the point of manufacturing from starting material to final product. bioMérieux will perform the full range of sales, supply and service activities in the Asia Pacific region.

Kayrross – Also based in France, Kayrros was selected as one of 20 companies included in the French government’s “French Tech-Green20” startup program. Inclusion in the list provides the company with support from the government’s “French Tech” project. In its application, Kayrros highlighted its Methane Watch product that “detects and allocates major methane emissions from the energy sector, on a daily basis, around the world.”

Follicum AB – Sweden’s Follicum reported top-line data from a Phase IIa study of its tissue repairing peptide FOL-005 for treatment of hair loss (alopecia). Results showed hair growth increased significantly in the group of patients who received FOL-005 at the highest dose. However, the results were not significantly better compared to the placebo. Follicum will conduct further analyses of the study results and also explore the possibilities to further develop FOL-005 for other medical conditions where preclinical studies have shown good tissue repair effects.

Lytix Biopharma– Based in Norway, Lytic Biopharma AS announced that data from its Phase I study of lead candidate LTX-315 was published in “Clinical Cancer Research.” Study data showed a number of patients experienced significant tumor regression in injected lesions. In 29% of patients, there was substantial volume reduction of injected tumors. The study also demonstrated that LTX-315 has an acceptable safety profile, is clinically active, induces significant T cell infiltration in the tumor microenvironment and contributes to immune-mediated anticancer activity.

Flow Eighteen38 – Portugal Flow Eighteen38 and Netherlands-based FairJourney Biologics announced an agreement with the Hubrecht Institute to harness the potential of FJB’s proprietary llama naïve libraries to develop antibodies to be used as research tools. The reagent antibodies generated by Flow Eighteen38/FJB for the Hubrecht Institute comply with the recent EU recommendations on Non-Animal-derived antibodies and will be derived from FJB’s proprietary llama naïve libraries through its phage display technology platform.

Accelerate@Babraham – A bio-entrepreneurial incubator initiative based in the U.K. opened applications for its 2021/22 cohorts. The five-month program offers up to five innovative entrepreneurs the opportunity to experience life as part of one of the most successful locations for life science start-ups in Europe. The program enables chosen ventures to dedicate five months to the exploration and development of their science in the company of an unrivalled network of strategic partners, mentors, experts, and investors, all committed to equipping the young enterprises with the skills, confidence, and network connections to enable success.

Phico Therapeutics – U.K.-based Phico secured £7 million in financing, which was led by BGF and other existing investors. The funds will be used to support the continued development of Phico’s SASPject technology platform and in particular the progression of its lead product, PT3.9 towards the clinic. SASPject PT3.9 is being developed for the intravenous treatment of hospital infections due to the bacterium, Pseudomonas aeruginosa. The Phase I clinical trials will be first-in-man, intravenous studies and will focus on establishing the safety and kinetics of PT3.9 in healthy volunteers and, potentially, patients with ventilated hospital acquired pneumonia and ventilator associated pneumonia.

SpeeDx – Australia-based SpeeDx received $1.8 million in funding from CARB-X to support development of a rapid point-of-care diagnostic for sexually transmitted diseases Chlamydia and trachomatis and Neisseria gonorrhoeae. SpeeDx has developed a rapid, molecular test using polymerase chain reaction (PCR) technology called InSignia that is able to identify whether an active infection is associated with Chlamydia trachomatis or Neisseria gonorrhoeae. Additionally, through susceptibility testing, the technology will identify the best-available antibiotic choice for treatment of gonorrhea.