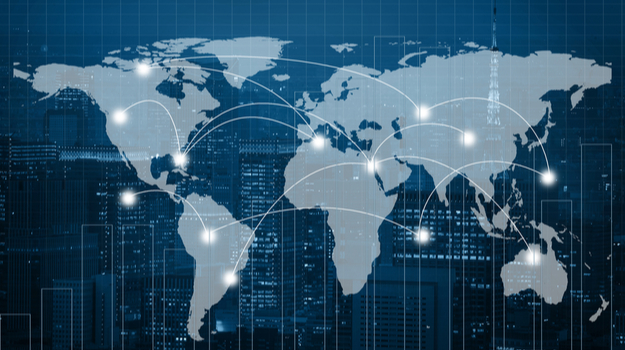 Carbios – France’s Carbios announced an exclusive partnership with Novozymes. The deal provides Novozymes with Carbios’ proprietary PET-degrading enzymes at both a demonstration level and an industrial scale. The agreement also represents a critical step for Carbios in demonstrating the positive environmental impact of its technology and ensures it can provide its future customers with a sustainable solution for the infinite recycling of PET-based products, such as water and soda bottles, plastic packaging and textiles, the company said. Carbios has developed a biology-based solution that uses enzymes to break down widely used PET plastics and fibers.

Avacta Group – U.K.-based Avacta Group plc, signed a collaboration and licensing agreement with AffyXell Therapeutics, the recently established joint venture with Daewoong Pharmaceutical. The agreement will be to develop Avacta’s Affimer proteins to be used by AffyXell for the generation of new cell and gene therapies. Avacta and AffyXell will now work together to develop Affimer proteins against a range of targets which, when produced by mesenchymal stem cells (MSCs), are intended to inhibit inflammatory and autoimmune pathways and improve the overall efficacy of MSCs, creating a next generation of stem cell therapies, the companies said in their announcement. The initial focus for AffyXell will be on inflammatory and autoimmune diseases. In the longer term, there is potential for AffyXell to address oncology uses for these Affimer-enabled cell and gene therapies.

CELLINK – CELLINK and AstraZeneca extended their collaboration to use CELLINK’s 3D-bioprinting and associated technology for drug discovery.​ CELLINK scientists will continue to work side-by-side in AstraZeneca labs, aiming to speed discovery of new therapies. The collaboration will last for 12 months. CELLINK will provide bioprinters and bioinks to accelerate the exploration of new disease targets in AstraZeneca’s main therapeutic areas, including oncology, respiratory, and cardiovascular, renal and metabolic diseases, the company said.

RauCon – Germany-based RauCon introduced limits to the number of participants of its euroPLX and asiaPLX Pharma Partnering Conferences in order to increase their value for the individual participant. Based on mathematical optimization RauCon limits the attendance of each euroPLX or asiaPLX Conference. When the limit is reached, the online system will automatically terminate the registration period after a short phase of warning. Only members of RauCon's loyalty club "Bell Club" will be able to register until the regular registration deadline. This measure is expected to increase the probability of actually scheduling an attendee's requests to meet other company delegates, thereby increasing the value of attending a euroPLX or asiaPLX Conferences significantly, RauCon said.

Start Codon – U.K.-based Start Codon joined Cancer Research UK’s Entrepreneurial Programs Initiative. The initiative aims to promote the development of new business ventures within academia and encourage entrepreneurship. Start Codon’s role will focus on the Cambridge, U.K. cluster, to educate a multi-disciplinary oncology research community about entrepreneurship, company formation, operations and fundraising, with the goal of supporting the development of viable start-up businesses that will address unmet medical needs. Cancer Research UK established the initiative to bridge the gap between medical research advancements and the translation of research findings into clinical practice by providing oncology researchers with the skills, infrastructure and support needed to accelerate the progression of their ideas and discoveries into products that will improve the lives of cancer patients.

GE Healthcare Life Sciences – Sweden’s GE Healthcare Life Sciences joined forces with Australia’s Children’s Medical Research Institute to develop new affinity ligands for the purification of adeno-associated viral (AAV) vectors used in gene therapies. The focus of the collaboration is to bring to market specific ligands for multiple AAV types, enhancing the chromatographic separation of AAV-based vectors. This will improve the manufacturing efficiency and scalability of gene therapies, enabling the availability of viral vectors on a global scale, the groups said in a statement. With more than 800 gene therapies currently in clinical trials, there is an increasing demand for the raw materials needed in the manufacturing process of viral vectors. According to GlobalData, the 2025 gene therapy in vivo therapeutic market is expected to reach $32 billion with an estimated CAGR of 105% between 2019 and 2025, GE Healthcare said in a statement.

Maat Pharma – France-based Maat Pharma announced today an €18 million ($19.8 million) Series B financing round. The funding will enable the continued clinical development of the company’s current pipeline, as well as the expansion into additional oncological indications where restoring a functional microbiome could provide significant therapeutic benefit when combined with other cancer treatments such as immune checkpoint inhibitors. The proceeds will be used to complete the ongoing HERACLES Phase II clinical trial off MaaT’s lead compound, MaaT013, in patients that developed steroid-refractory, gastrointestinal-predominant, acute Graft-versus-Host-Disease following allogeneic Hematopoietic Stem Cell Transplantation. In addition, the company will accelerate the development of a capsule formulation of MaaT013, MaaT033, which will ease administration and facilitate the expansion of the company’s pipeline into new oncological indications.

PharmaLex – Germany’s PharmaLex expanded its compliance service offerings following its merger with Chicago-based Arbour Group, LLC. The company said the addition of Arbour Group will reinforce its existing quality management and compliance portfolio and also strengthen the company’s toehold in the United States. The merger will provide the company with the opportunity to expand its global reach.

CARMAT – France-based CARMAT announced that the U.S. Food and Drug Administration approved the company’s Investigational Device Exemption (IDE) application to start a U.S. Early Feasibility Study (EFS) of its total artificial heart. The amended EFS protocol includes 10 transplant-eligible subjects limited to a network of seven U.S. renowned institutions. The primary endpoint of the study is patient survival at 180 days post-implant or a successful cardiac transplantation within 180 days post-implant. It is a staged study with a progress report of the first three patients after 60 days, before the enrollment of the next seven patients. CARMAT will present the EFS protocol at the 2020 symposium on mechanical support for the heart and lung of the American Association for Thoracic Surgery on Feb. 14 in Houston.