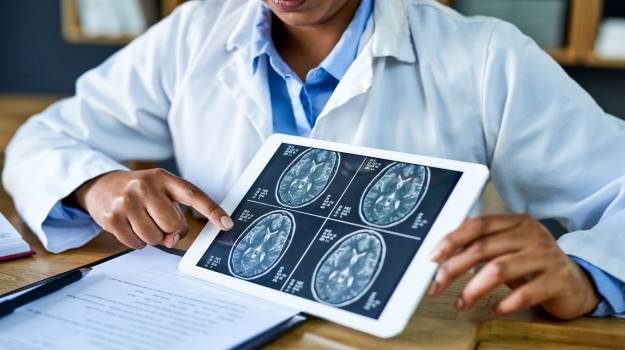 Biohaven Pharma's verdiperstat, an experimental treatment for amyotrophic lateral sclerosis, failed to distinguish itself from placebo in clinical testing, the company announced Thursday.

Verdiperstat, one of the inaugural investigational treatments included in the HEALEY ALS Platform Trial, did not meet the prespecified primary efficacy outcome, disease progression as measured by the ALS Functional Rating Scale-Revised and survival. It also failed to meet key secondary measures during the 24-week study period, the company announced.

Licensed from AstraZeneca in 2018, verdiperstat is an investigational selective, brain-penetrant, myeloperoxidase (MPO) enzyme inhibitor. It was believed the experimental drug could preserve neurons by inhibiting MPO-induced pathological oxidative stress and inflammation. That stress and inflammation is thought to contribute to cellular injury in neurodegenerative diseases such as ALS.

Biohaven will continue to conduct analyses of the data from the trial, and study results will be presented at an upcoming scientific meeting, Biohaven noted. Initial safety data remained consistent with the overall profile of verdiperstat from prior clinical trial experience.

Despite the setback, Irfan Qureshi, senior vice president of neurology at Biohaven said the company remains committed to developing treatments for people who suffer from neurodegenerative diseases.

In a statement sent to BioSpace, the company said the ongoing analysis will determine the future of verdiperstat.

In the verdiperstat portion of the trial, 160 ALS patients were randomized in a 3-to-1 ratio to be treated with either verdiperstat 600 mg oral tablet twice daily or placebo for 24 weeks. The study aimed to measure the change in disease severity from baseline to week 24 using the ALS Functional Rating Scale-Revised.

Dr. Merit Cudkowicz, Harvard professor, chair of neurology and director of The Sean M. Healey and AMG Center for ALS at Massachusetts General Hospital, told BioSpace the team is assessing the data to determine how best to move forward with patients treated in the verdiperstat portion of the study.

“We are speaking with sites and participants and can share plans after that happens,” Cudkowicz said.

Biohaven's announcement comes as the neurodegenerative disease space waits for the FDA to reveal whether or not it will approve Amylyx’s AMX0035 as a new therapy for ALS. The decision is supposed to come Thursday.

Earlier in September, an FDA advisory committee backed Amylyx’s AMX0035 in a 7-2 vote. The committee granted Amylyx a second look at AMX0035 after a post hoc analysis of data showed a 10.6-month longer median survival duration for patients who received the drug. The updated median survival of 18.8 months was an improvement over the 6.9 months initially reported.