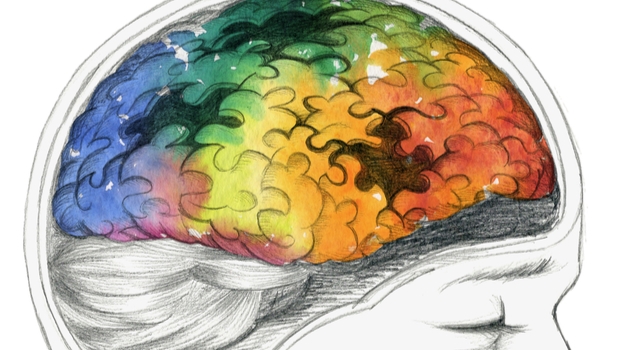 The COVID-19 pandemic has shoved thoughts of Biogen’s possible treatment for Alzheimer’s to the back of everyone’s mind. In March 2019, Biogen and its collaboration partner, Tokyo-based Eisai, announced they were discontinuing the ENGAGE and EMERGE Phase III trials of aducanumab in patients with mild cognitive impairment from Alzheimer’s, as well as the EVOLVE Phase II trial and the long-term extension PRIME Phase Ib trial. An independent data monitoring committee indicated the trials were unlikely to hit their primary endpoints in a futility analysis.

Everyone thought aducanumab for Alzheimer’s was now dead, and likely taking the amyloid-theory of Alzheimer’s along with it. That theory is that accumulation of beta-amyloid in the brain is the cause of the cognitive and memory issues related to Alzheimer’s.

Then, in late October 2019, the companies indicated that after discussions with the U.S. Food and Drug Administration (FDA), and further analysis of the data, they were going to pursue regulatory approval for the drug. And in early December, Biogen presented full data on the drug at the 12th Clinical Trials on Alzheimer’s Disease (CATD) conference held in San Diego.

What they presented was that the Phase III EMERGE trial met its primary endpoint, showing a significant decrease in clinical decline. Biogen said the data from a subset of patients that received a high enough dose of the drug had significant benefits on measures of cognition and function, including memory, orientation, and language, as well as benefits on activities of daily living.

Although many had issues with some of the data, which was very complex, the companies felt they had a strong enough case to submit it to the FDA and were expected to do so this spring. And now, the companies announced that they have finally submitted the Biologics License Application (BLA).

The submission was completed with ongoing collaboration with the FDA and include data from the Phase III EMERGE and ENGAGE trials, as well as the Phase Ib PRIME study. Biogen has also requested Priority Review.

“Alzheimer’s disease remains one of the greatest public health challenges of our time,” said Michel Vounatsos, chief executive officer at Biogen. “It robs memories, independence and eventually the ability to perform basic tasks from the people we love. The aducanumab BLA is the first filing for FDA approval of a treatment that addresses the clinical decline associated with this devastating condition, as well as the pathology of the disease. We are committed to driving progress for the Alzheimer’s disease community and look forward to the FDA’s review of our filing.”

The agency now has up to 60 days to accept the application for review. At the same time, if it’s accepted, the FDA will decide on whether to grant Priority Review designation, which would knock about four months off the review time, from 10 months to about six.

The companies are also engaged in discussions with regulators in other markets, including Europe and Japan.

Aducanumab is a human monoclonal antibody focused on amyloid.

The new caused Biogen’s stock to climb 10%. Some of that was probably relief, because Biogen announced at the beginning of the year that it was delaying the filing until the third quarter. This was prior to the COVID-19 pandemic, and most investors and analysts thought it suggested the companies’ executives weren’t as confident in the data as they had appeared to be earlier.

The company has an awful lot riding on this drug getting approved, particularly since it recently lost a court decision in mid-June over Tecfidera, the company’s blockbuster multiple sclerosis drug. The drug brought in $3.3 billion in the U.S. in 2019 and the company’s ‘514 patent won’t expire until 2028. But U.S. District Judge Irene Keeley indicated that pharma company Mylan “demonstrated by clear and convincing evidence” that some of Biogen’s ‘514 patent claims are invalid for “lack of written description.”

This could open the way for Mylan to launch generic versions of the drug. However, appeals would probably take about 12 months.

Some analysts, however, think Biogen has a good shot at an aducanumab approval.

Mark Goodman, analyst with SVB Leerink, wrote, “We admit that aducanumab’s data package is not as clean as we would hope, and that many Alzheimer’s specialists don’t think the drug should be approved based on the current data set; however, there are other KOLs we have spoken with who still expect approval (from a risk/reward and high unmet need perspective in Alzheimer’s) and admit that any new disease-modifying drug is good news and will be tried in many Alzheimer’s patients. And given the unusual close working relationship between the FDA and Biogen, we still believe that the FDA wants to approve this drug in early Alzheimer’s.”

We will likely know if there’s a chance of that in the next two months, and if there is, might find out if it’s approved by early to mid-2021.