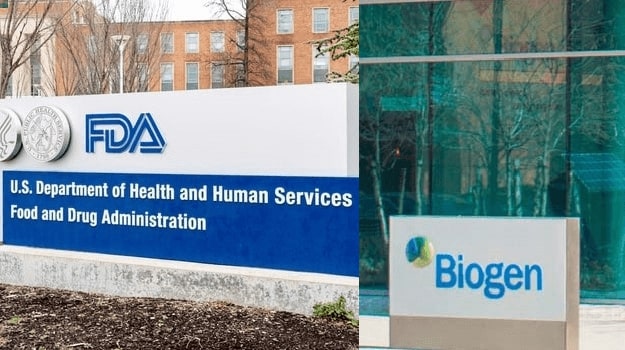 Tofersen, an experimental therapy being developed by Biogen and Ionis for superoxide dismutase 1 (SOD1) ALS will face the FDA’s Peripheral and Central Nervous System Drugs advisory committee on March 22nd.

Biogen is seeking accelerated approval of tofersen based on the use of neurofilament light chain (NfL) as a surrogate biomarker that is reasonably likely to predict clinical benefit.

In July 2022, the FDA accepted the New Drug Application for tofersen under priority review. This, despite the candidate’s failure to meet the primary endpoint in the Phase III VALOR trial.

The adcomm was expected, as the FDA noted it planned to hold one at the time of the NDA approval.

In a statement e-mailed to BioSpace, a Biogen spokesperson said the company could not speculate on the focus of the adcomm. However, it is likely the committee will focus on the validity of neurofilament as a surrogate biomarker in ALS.

Tofersen was originally scheduled to go before the FDA on Jan. 25, 2023, but in October the regulator extended the date to April 25. This was to allow additional time for review based on Biogen’s responses to questions raised by the FDA.

SOD1-ALS is caused by a mutation in the SOD1 gene. It accounts for up to 20% of familial ALS cases and 2% of all cases. Tofersen, an antisense drug, is thought to reduce the synthesis of SOD1 protein production.

If successful, it would be the first therapy approved for a genetic cause of ALS.

Tofersen first captured the attention of the general public when Lisa Stockman Mauriello sought access to the drug in March 2021. Stockman Mauriello, who had a particularly devastating A5V mutation that typically claims its victims within 12 months, requested access under the Right to Try act. This legislation, signed into law in 2018, allows terminally ill patients to appeal for access to experimental medications that could save or extend their lives.

At the time, VALOR had yet to be completed and Biogen took the position that expanding access outside the confines of the study would not be fair to the placebo cohort.

Biogen opened applications for a compassionate use program on June 25, 2021, and Stockman Mauriello received her first treatment a month later. She succumbed to the disease 11 days after that.

In October 2021, tofersen failed to meet the primary endpoint of change from baseline to week 28 on the Revised Amyotrophic Lateral Sclerosis Functional Rating Scale (ALSFRS-R). At the time, Biogen pointed to “trends favoring tofersen” across secondary and exploratory measures.

Neurofilament as a Neurodegenerative Biomarker

Eleven months later, Biogen elaborated on these trends with the publication of detailed 12-month data from VALOR in the New England Journal of Medicine. The review included a combined analysis of the trial and accompanying open-label extension study.

Biogen will present an overview of this data, which includes the 12-month integrated results from the VALOR study and OLE, the same spokesperson said.

In a previous interview with BioSpace, Kasper Roet, Ph.D., founder and CEO of QurAlis, pointed to the rise of neurofilament as a biomarker in ALS, noting that it had been part of the discussion during the advisory committee meetings for Amylyx’s Relyvrio.

“I think there’s more confidence in the use of that biomarker for ALS, and we have a big need for biomarkers in neurodegeneration,” he said.

ALS isn’t the only indication where neurofilament is gaining traction. In December 2022, Athira Pharma presented biomarker data from the Phase II ACT-AD study showing that its Alzheimer’s disease candidate fosgonimeton caused reductions in both neurofilament and neuroinflammation.

For ALS – and many more neurodegenerative diseases – the upcoming tofersen adcomm is certain to have implications for the use of neurofilament as a surrogate biomarker of efficacy.