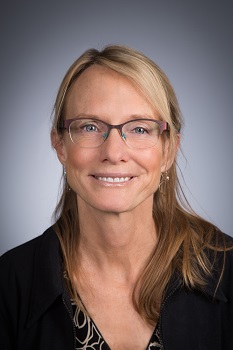 The California Life Sciences Institutes (CLSI) recently named the winners of the 2019 Amgen Bay Area BioGENEius Challenge. This challenge is a Bay Area competition for high school students that focuses on the students’ individual research projects in the life sciences. The winner of the Challenge receives a cash award and a trip to the BIO International Convention, where they will compete in the Biotechnology Institute’s International BioGENEius Challenge, which this year is being held in Philadelphia in June. Winners of the International Challenge will be announced during the Tuesday, June 4th keynote at the BIO Convention.

Lori Lindburg, president and chief executive officer of CLSI, took time to speak with BioSpace about the organization and the Challenge.

Lindburg says, “We work very synergistically with the trade association, but our focus is on the innovation pipeline, so we support programs in STEM education, career and workforce development, and in supporting life science entrepreneurs.”

CLSI’s BioGENEius Challenge has been around since at least 2007. Lindburg took over in 2009. “At that time, it was a very small competition,” she says, “just a handful of students that presented their posters at BayBio’s annual conference. We grew it steadily. But the big difference came in 2012 when Amgen came on as a sponsor. That really allowed us to augment our outreach to students, but also to turn the competition into a full Bay Area program that allowed for much greater interface with students, industry researchers and professionals.”

Amgen has played a significantly larger role in the competition since, far more than just providing funding. Lindburg notes that the company “offered to host it at their site in 2016 and that really elevated the whole competition.”

Some of the judges for the competition have come from the company’s scientists. This year’s keynote address was by Seema Kantak, executive director Biotherapeutics for Exelixis and Saptarsi Haldar, vice president of Research, Amgen, acted as the Master of Ceremonies.

Lindburg says, “Students have lunch with the Amgen scientists. We also have someone from Amgen on the career panel. After the award ceremony, the Amgen employees come down for a reception to review the students’ posters. It’s a wonderful partnership with Amgen. They’re not just writing a check; they really believe in this and offer many opportunities for our very talented students to interact with the employees there.”

As the winner, she received a $2000 cash award and a trip to the 2019 International BIO Conference held in July in Philadelphia. She will compete against students from the U.S., Canada and Germany, and have the opportunity to interact with leading scientists, companies and innovators from around the world.

Third place went to Shreya Garg, also an 11th grader from Notre Dame High School, for her research, “Determining the Roles of CuSB, Flagellin, and AcrAB-TolC in Bacterial Responses to Nonlethal Concentrations of AgNPs.”

Second prize has a $1,000 cash award, third prize a $500 cash award, and the honorable mentions receive a one-year membership to the California Academy of Sciences. In years past the top three winners went to BIO, but for the last few years it’s just been the top winners from each region or country. There are cash awards associated with the International BioGENEius Challenge as well.

“I do have to say,” Lindburg commented, “our judges–we bring in very senior scientists and CSOs from the industry to serve as judges—and every year they remark, ‘We weren’t doing this during our PhD work.’ They were really blown out by the caliber of the research.”

This year 160 students applied for the Challenge, but only 28 were invited to compete. Lindburg told BioSpace, “We’re really so impressed with them. They shine a real light on the talent that is coming out of the Bay Area and we want to do all we can to celebrate them and wish them luck on their burgeoning careers.”