Aurion Biotech CEO: “How You React Now Determines Your Next Success” 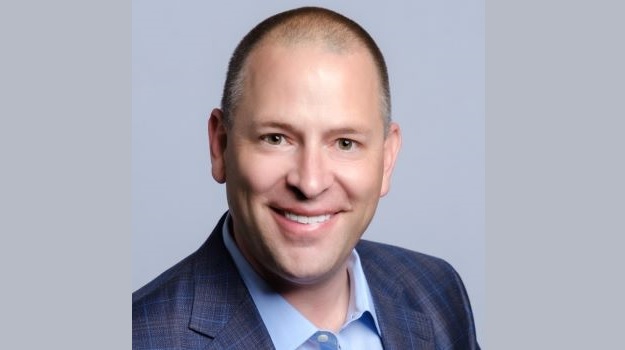 Success is a balance of caution and audaciousness, whether the challenge is heading an innovative biotech company on the cusp of the next big breakthrough, or in other areas of life.

As Greg Kunst, who was appointed CEO of Aurion Biotech last June, told BioSpace, “In golf, there are no perfect rounds, not even for Tiger Woods, so you can never get too up or too down. It’s how you react in this round that determines your success in the next rounds.” Applying that to biotech, he said, “we always deal with difficult challenges. Not even the most transformational technology is easy to get approved and commercialized.”

If golf is a metaphor for steadfastness, skiing fast and aggressively, “one of the things I most like to do,” he said, is a metaphor for pushing the limits yet remaining in control. With a love of both sports and a background in ophthalmology, it’s no wonder he gravitated to biotech.

Kunst was attracted to eye health naturally. “It’s a family business,” he said. His father was an entrepreneur in that space and Kunst said he “kind of wanted to follow in his footsteps.” But, more than that, “I wanted to have an impact. One of the great benefits of working with a startup is that the level of innovation and risk-taking is quite high. I enjoy working in areas that are transformational, and that level of innovation is found more often in startups than in any other area.”

Aurion Biotech is focused on curative and restorative treatments for corneal endothelial disease. Its lead drug appears to be both restorative and curative. “It’s rare to find a single injection of anything that’s curative, but to find both in one drug is unique,” he said.

“Corneal endothelial disease affects 16 million people in the US, Europe and Japan, yet only about 70,000 are treated with existing surgical approaches today,” he elaborated. In researching the reasons for that, Kunst realized that the surgical treatment (corneal transplantation) was very difficult because of the challenge in sourcing organ tissue and because only a select group of surgeons globally is trained to perform that procedure.

Instead of surgery, Aurion Biotech cultures human corneal endothelial cells (which don’t regenerate naturally), disassociates the cells and uses a proprietary process to cause them to replicate until they reach the desired levels. Today, the company can make up to 100 treatments from one donor. Then, the dead endothelial cells are removed from patients’ eyes and the cultured cells are injected into patients’ corneas.

“The cells go to the stroma and self-align. After the cell injection, we have patients who started with 20/2200 vision average 20/40 – good enough to drive legally in most states,” Kunst said.

A five-year follow-up of patients who underwent the cell therapy in Japan showed that normal corneal endothelial function was restored in 10 of the 11 eyes in the study. There were no serious adverse events.

That trial is what attracted Kunst to Aurion. “In 2018, Professor Shigeru Kinoshita and other scientists from Kyoto Prefectural University (KPUM) published results from the first eleven treated patients in the New England Journal of Medicine (NEJM). That’s very rare for ocular papers to make the NEJM,” Kunst noted. His company acquired that technology in 2020. Later that year, “I received an email from headhunters seeking to fill this position.” He was already following the science, and more importantly, believed in the science, so he leaped at the opportunity.

Now, Kunst said, another proof-of-concept trial is underway in El Salvador in preparation for launching human trials in the U.S. “After acquiring the technology from KPUM, we wanted to transfer it into a new location with new surgeons,” to replicate the results, he explained. “We brought in some of the top corneal specialists from the U.S. to screen and inject the patients, and we plan to submit an investigational new drug (IND) application to the U.S. Food and Drug Administration (FDA) after determining the trial phasing with the Agency.”

As Kunst underscores, “We address cell death in cells that don’t regenerate, starting with severe corneal disease, but in the future, we believe there are many other areas, certainly in the eye – glaucoma, retinal disease – where we can apply this cell therapy.” Aurion Biotech, under Kunst’s leadership, is looking at all the major blinding diseases of the eye to determine whether its cell therapy can have a major impact.

Reimbursement, he believes, will be forthcoming once the therapy is approved. “My philosophy is that if you meet unmet needs, demonstrate efficacy in trials and price the therapy according to the value it brings, it will be reimbursed.

“We want to help patients, first and foremost,” he emphasized. Consequently, “innovation can never stop.” He cites Henry Termeer, the founder of Genzyme, as the person he most admires, for that very reason. At Genzyme, innovation is unceasing. “I’d like Aurion Biotech to become the next great Genzyme, and to scale around the world. We have a real opportunity to grow.”

There are great opportunities for the entire therapeutic development ecosystem, in fact, if the stakeholders are audacious enough to seize them.

“We have seen the greatest medical miracle of our lifetimes – the development of COVID-19 vaccines in less than one year. If we can do that in vaccines, we can apply that to drug development. We have the ability to push the unknown in a way we haven’t before. In the next 20 years, I believe the scientific community will cure blindness, cancer and other conditions. I couldn’t be more excited about the prospects.”