The Results Are In: AstraZeneca's COVID-19 Vaccine is 79% Effective in U.S. Phase III Trial 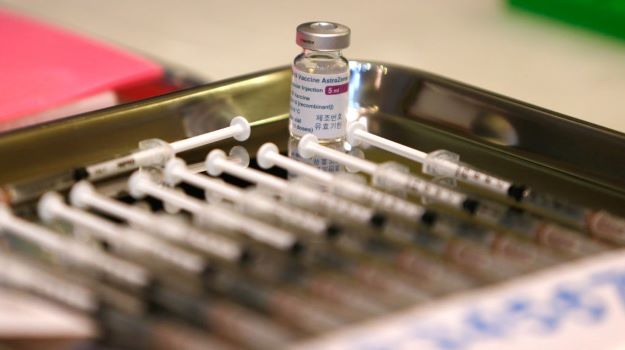 A year ago, the collaboration between AstraZeneca and the University of Oxford on a COVID-19 vaccine was the leading effort. Through a series of hiccups and complications, only now is the vaccine data being announced in the U.S., although the vaccine itself is being deployed in other parts of the world.

AstraZeneca reported that the U.S. Phase III trial of the vaccine, AZD1222, demonstrated an efficacy of 79% at preventing symptomatic COVID-19 and 100% efficacy at preventing severe disease and hospitalization. The announcement was on interim analysis based on 32,449 participants in the trial reporting 141 symptomatic cases of COVID-19.

Efficacy was consistent across all ethnicities and ages, and in participants 65 years of age and older, efficacy was 80%.

“These findings reconfirm previous results observed in AZD1222 trials across all adult populations but it’s exciting to see similar efficacy results in people over 65 for the first time,” said Ann Falsey, Professor of Medicine, University of Rochester School of Medicine and co-lead Principal Investigator for the trial. “This analysis validates the AstraZeneca COVID-19 vaccine as a much-needed additional vaccination option, offering confidence that adults of all ages can benefit from protection against the virus.”

The AstraZeneca-Oxford vaccine has had a bit of a peculiar and troubled history. In April 2020, as vaccine efforts were just beginning, AstraZeneca and the University of Oxford were leading the way. The Oxford group had been conducting vaccine studies on SARS-CoV-1, the coronavirus that causes SARS, in 2019 and made a quick pivot to working on SARS-CoV-2, the coronavirus that causes COVID-19.

In September 2020, the vaccine group paused their Phase III vaccine trial after a report that one of the patients receiving the vaccine developed symptoms similar to a serious spinal inflammatory disorder called transverse myelitis. The patient was a woman in the UK, who recovered within about a week. The trial was paused globally, then began in every location except the U.S., where it was delayed for several weeks while the U.S. Food and Drug Administration (FDA) evaluated the available data.

In a related story, a study published recently in The New England Journal of Medicine reported that the AstraZeneca-Oxford vaccine was not effective against the South African COVID-19 variant. The study evaluated 1,467 patients in South Africa, and found that among the people receiving the vaccine, 19, or 2.5%, developed mild-to-moderate COVID-19 at least 14 days after receiving the second dose compared to 23 (3.2%) of people who received a placebo. Of the 42 patients who became infected, 39 were from the B.1.351 South African variant, which the study projected as 10.9% effectiveness against the variant.

Then, most recently, more than a dozen countries suspended deployment of the AstraZeneca-Oxford University vaccine after incidences of blood clots were reported. Per data received as of March 8, 17 million people in the European Union and United Kingdom have received the vaccine and there have been 15 cases of deep vein thrombosis and 22 cases of pulmonary embolism. Incidences were first reported in Denmark and Norway, who halted distribution, followed by Germany and France and other countries. Germany’s Health Minister Jens Spahn admitted it was a “very low risk” but would be above average if it was actually linked to the vaccine.

On March 14, AstraZeneca issued a statement, noting “A careful review of all available safety data of more than 17 million people vaccinated in the European Union (EU) and UK with COVID-19 Vaccine AstraZeneca has shown no evidence of an increased risk of pulmonary embolism, deep vein thrombosis (DVT) or thrombocytopenia, in any defined age group, gender, batch or in any particular country.” In fact, the company pointed out, “This is much lower than would be expected to occur naturally in a general population of this size and is similar across other licensed COVID-19 vaccines.”

Europe has access to several other vaccines, but AP notes that it’s not an easy decision when COVID-19 has already killed more than half a million people and is surging again. For other countries, typically low-income and developing countries, the issue is a big problem, because many are depending primarily on the AstraZeneca-Oxford vaccine via a global initiative known as COVAX.

The AstraZeneca-Oxford vaccine has not yet been authorized by the FDA, although Anthony Fauci, White House Chief Medical Officer and director of the U.S. National Institute of Allergy and Infectious Diseases (NIAID), told lawmakers last week that there will probably be sufficient safety and efficacy data in April for an Emergency Use Authorization (EUA).

“The entire process is both transparent and independent, and we explain that to people and take the time to address their hesitancy without being confrontative,” Fauci told the House Committee on Energy and Commerce.

Francis Collins, director of the U.S. National Institutes of Health (NIH), told Reuters last Monday that he was “pretty reassured” by what European regulators have been saying, primarily that the blood-clotting issues are by chance.

“I was a bit surprised that so many countries decided to put pause on the administration of the vaccine, especially at a time where the disease itself is so incredibly threatening in most of those countries,” Collins later told CNN on Wednesday. But he also added that he doesn’t have access to the “primary data that might have caused them to be alarmed.”

Mene Pangalos, executive vice president, BioPharmaceuticals R&D for AstraZeneca, stated about today’s announcement, “These results add to the growing body of evidence that shows this vaccine is well tolerated and highly effective against all severities of COVID-19 and across all age groups. We are confident this vaccine can play an important role in protecting millions of people worldwide against this lethal virus. We are preparing to submit these findings to the U.S. Food and Drug Administration and for the rollout of millions of doses across America should the vaccine be granted U.S. Emergency Use Authorization.”