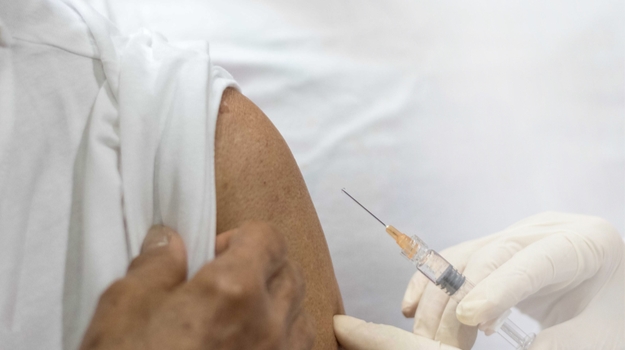 Not only is the vaccine candidate AZD1222 showing efficacy in older patients, those who are most at risk from COVID-19, but AstraZeneca also said adverse events from its candidate among elderly patients were found to be lower, CNBC reported this morning. That news will prove to be heartening as the trial comes off a month-long pause due to concerns the medication had caused serious neurological reactions in two trial participants, one in the United States and the other in the United Kingdom. An AstraZeneca spokesperson told CNBC the “immunogenicity responses were similar between older and younger adults and that reactogenicity was lower in older adults, where the COVID-19 disease severity is higher.”

The announcement this morning builds on previous positive Phase I data for the vaccine candidate that showed the preventative medication generated both neutralizing antibodies and immune T-cells that target the virus that causes COVID-19. The vaccine provoked a T cell response within 14 days of vaccination and an antibody response within 28 days, according to Oxford University, AstraZeneca’s partner in developing the vaccine candidate. It’s believed at this time that the vaccine could provide protection against the novel coronavirus for about a year. Additional protection will require a booster or additional vaccination.

More detailed reports of the latest findings from the ongoing AZD1222 study are expected to be published soon, CNBC said.

AstraZeneca’s COVID-19 vaccine candidate AZD1222 is a viral vector-based, weakened version of adenovirus containing the genetic material of SARS-CoV-2 spike protein. It was co-developed with the Jenner Institute at Oxford University. The vaccine candidate has been backed in the United States through a $1 billion investment from the federal government’s Operation Warp Speed program aimed at developing a vaccine for the novel coronavirus as quickly as possible.  If the vaccine makes it through regulatory trials, AstraZeneca plans to manufacture two billion doses of its vaccine, with 400 million slated for the U.S. and UK, and one billion allotted for low- and middle-income countries.

AstraZeneca’s vaccine is expected to be one of the earliest COVID-19 vaccines available in the United States and Western Europe. Rolling reviews of the vaccine have already begun in some countries, AstraZeneca said Friday after the FDA authorized the restart of the Phase III study in the United States. The trial had resumed earlier this month in Britain, as well as Brazil and other countries.

Both Moderna and Pfizer and BioNTech anticipate data from their Phase III studies within the next several weeks. Pfizer CEO Albert Boula said his company could seek Emergency Use Authorization in late November if the data is positive. Moderna CEO Stephane Bancel anticipates seeking EUA in December. AstraZeneca said results from its Phase III study are anticipated later this year, depending on the rate of infection within the communities where the clinical trials are being conducted.