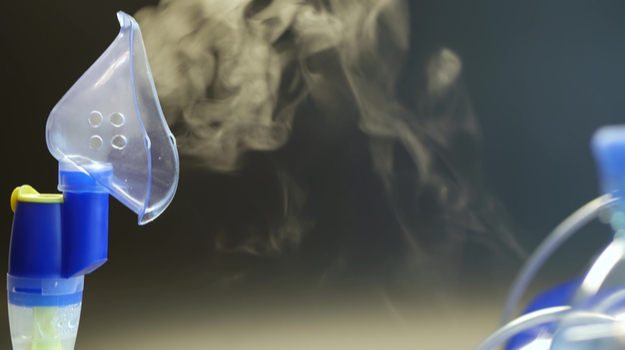 Next year could be pivotal for Aridis. It anticipates inflection points for three immunotherapy programs and is making available for licensing its rapid mAb development technology platform, which identifies rare, potent, antibody-producing B cells for therapeutic development.

Its COVID-19 therapy is particularly exciting. AR-711 is an inhaled, self-administered, at-home treatment for mild-to-moderate SARS-CoV-2 infections. A Phase I/II study will be launched 1H 2021, and Phase III enrollment is expected to be complete by the end of that year.

AR-711 is a low-dose aerosol therapy that will be given only once. “We believe we could achieve a dosage that is 100- to 1,000-fold lower than that of intramuscular or IV administration because it goes directly into the lungs, where it’s needed,” Vu L. Truong, Ph.D., founder, CEO, and director, said in a recent investor fireside chat.

Putting that in perspective, he said, “The Regeneron cocktail administered to President Trump was an 8,000 milligram IV dosage. AR-711 achieved complete virus eradiation in animal models at a human dose equivalent of 2-6 milligrams.”

“The idea is to lower the barrier to treatment. Patients don’t have to go to the hospital and wait. Their doctors can call in a prescription to a pharmacy and patients can pick it up and self-administer it immediately. More than 90% of COVID-19 patients are at home,” he noted, “so we think this will be a transformative candidate, even though it will come after some of the other therapies that have been granted emergency use authorizations (EUAs).”

Although vaccines appear highly effective, “A vast number of people around the world (about 40%) won’t accept vaccines, so there always will be a need for treatment,” Truong said. The company also is developing an intravenous (IV) monoclonal antibody cocktail, AR-701, for patients with moderate to severe COVID-19.

The company’s most advanced program, however, is AR-301 for patients with ventilator-associated pneumonia (VAP). It currently is enrolling in a Phase III global clinical trial and interim data is expected mid-2021, with full data by the end of that year.

VAP is a hospital-acquired infection that most often occurs 48 hours after ventilator intubation in the ICU, leaving patients susceptible to S. aureus and other pathogens. “S. aureus has a 40-50% antibiotic resistance profile, so new treatments with better safety profiles are needed. There are approximately 130,000 annual cases in the U.S. and 201,000 cases globally. There is significant unmet need,” Truong said.

AR-301 is a fully human monoclonal IgG1 antibody. “It uses a differential immunotherapy approach to neutralize the S. aureus toxin,” he pointed out.

Demonstrating superiority is vital to provide the rationale for the therapy to be put on provider formularies and for physicians to prescribe and payers to reimburse AR-301 as a first-line therapy. “If statistical significance is achieved, this will be a powerful treatment,” Truong said.

As Hasan Jafri, M.D., CMO, elaborated, “Our Phase II data – in a severely ill, complicated patient population with multiple underlying conditions – showed reduced time on the ventilator and in the ICU. Additionally, AstraZeneca’s Phase II data of a similar mAb to the same bacterial target showed a reduction in pneumonia incidence when used in prevention mode. This is important proxy data that shows meaningful clinical benefits.”

“In the remote event of overwhelming positive efficacy in the current study, we may request a meeting to discuss possible accelerated approval,” Truong said.

In another program, Aridis’ AR-501 compound is in a Phase II clinical trial to treat chronic lung infections in cystic fibrosis patients. Study completion is expected in 2H 2021.

“Cystic fibrosis patients require lifelong treatments, including chronically inhaled antibiotics and CFTR channel corrector medicines to rectify genetic mutations,” Jafri pointed out. “The two standard-of-care antibodies have been on the market for decades and have a demanding dosing regimen,” so a better therapy is needed.

AR-501 is a small molecule, inhalable form of gallium citrate, which is thought to inhibit many of the iron-dependent pathways needed for pathogenicity. It is effective against Gram-negative and Gram-positive bacteria, and antibiotic-resistant bacteria.

“Phase IIa is expected to be complete in 2021, Phase IIb in 2023, and Phase III in 2024, with licensure shortly afterward,” Jafri predicted.

Reimbursement is expected at full pulmonary status for premium-branded coverage. AR-501 is expected to be relevant to the entitlement programs, also, Truong added. There also are opportunities for AR-501 to expand beyond cystic fibrosis to address other indications.

In addition to therapeutics, Aridis also has developed a mAb discovery and production platform. “We were developing ʎPEX™ Technology Platform the mAb discovery platform last year and introduced it in early 2020, just before the pandemic emerged. When COVID arrived, we paused work on it and pivoted,” Truong said

The ʎPEX Technology Platform facilitates the rapid functional screening of the entire repertoire of rare B cells, and rapid production of mAbs rapidly at high titer, halving manufacturing time.

To find the B cells, Truong explained, “We apply silicon wafer technology to (extremely miniaturized) tissue culture wells.” Although each well accommodates a single cell, the plate can accommodate millions of cells simultaneously. Consequently, individual cells can be interrogated regarding what they are making and the potency of those antibodies.

“Once we find the cells making the best antibody, we use CRISPR to clone the gene and place it precisely into the genome of CHO cells. This removes the randomness of gene transfer, so we can predict the titer these cells are making and thereby reduce manufacturing costs. We believe ʎPEX is starting to quickly identify rare B cells that are highly neutralizing, and thus move them into clinical manufacturing quickly,” Truong said.