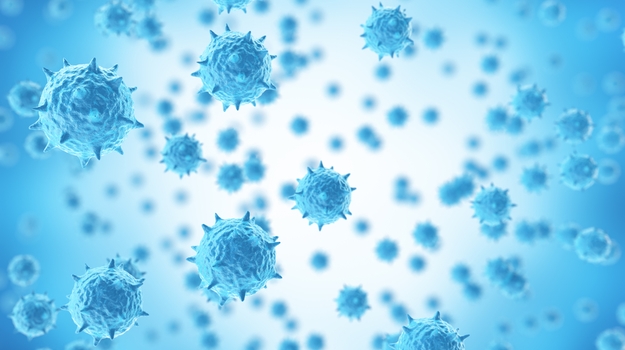 Drugs to fight viruses, known as antivirals, are relatively recent inventions, with the first approved being in 1982. Since then, numerous others have hit the market, typically to treat HIV, hepatitis, herpes and others. They generally work by inhibiting virus growth, although viruses often mutate and become resistant to these drugs.

An international team of researchers led by the University of Manchester has developed a new antiviral using natural glucose derivatives called cyclodextrins, a type of sugar, which shows promise in treating a broad range of viruses, including herpes simplex, respiratory syncytial virus, hepatitis C, HIV, and Zika virus.

The researchers were from The University of Manchester, the University of Geneva (UNIGE), and the EPFL in Lausanne, Switzerland. The modified sugar molecules were capable of disrupting the outer shell of the virus, destroying them on contact. This approach appears to be effective against drug resistant viruses as well. Their research was published in the journal Science Advances.

“We have successfully engineered a new molecule, which is a modified sugar that shows broad-spectrum antiviral properties,” said Samuel Jones, from The University of Manchester, who co-led the research with Valeria Cagno from the University of Geneva.

Jones went on to say, “We have successfully engineered a new molecule, which is a modified sugar that shows broad-spectrum antiviral properties. The antiviral mechanism is virucidal meaning that viruses struggle to develop resistance. As this is a new type of antiviral and one of the first to ever show broad-spectrum efficacy, it has the potential to be a game changer in treating viral infections.”

They have patented the molecule and a spinout biotech company is being launched to develop it for commercial use. The researchers believe it has the potential to be used in creams, ointments and nasal sprays, although that will require significant time and development.

The investigators wrote, “A drug with an irreversible action, i.e., a virucidal drug, could be ideal to fight viral infection, given that it would not be subject to loss of efficacy upon dilution and have long-lasting effects. All previously identified virucidal molecules have toxic side effects that render their clinical use impossible.”

Cyclodextrins are naturally occurring glucose derivatives. They are used in many commercial applications, including drug delivery, air fresheners, cosmetics and food. Sulfonated cyclodextrins have shown antiviral activity against HIV only and were reversible and virus specific. Highly sulfonated gold nanoparticles have shown broad-spectrum virucidal properties. However, gold nanoparticiles are problematic as drugs because of unknown clearance mechanisms and potential long-term toxicity.

The researchers attached highly sulfonated chemicals to a U.S. Food and Drug Administration (FDA)-approved cyclodextrin scaffold, which resulted in a highly efficient virucidal broad-spectrum molecule that was effective in the lab and in animal models. It showed broad-spectrum activity against a wide variety of viruses from different families of viruses.

“We developed a powerful molecule able to work against very different viruses, therefore, we think this could be game changing also for emerging infections,” said Fancesco Tapparel, one of the senior authors, a researcher with EPFL.