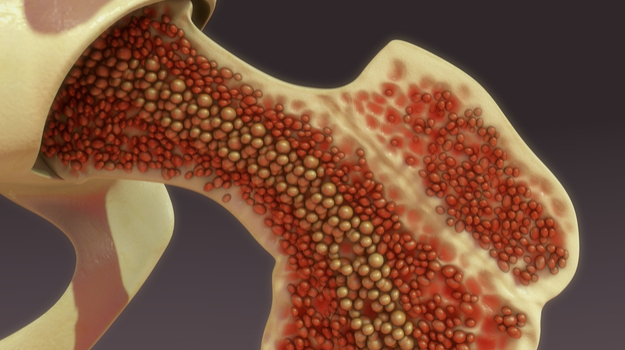 Shares of Fortress Biotech have skyrocketed more than 62 percent in premarket trading after its subsidiary Caelum Biosciences forged a deal worth up to more than $500 million with Alexion Pharmaceuticals.

The two companies will collaborate on the development of CAEL-101, a potential treatment for light chain (AL) amyloidosis, a rare systemic disorder caused by an abnormality of plasma cells in the bone marrow. The disorder causes misfolded immunoglobulin light chain protein to build up in and around tissues. That results in widespread organ damage, most commonly seen in the heart and kidneys. CAEL-101 is a first-in-class amyloid fibril targeted therapy. It is designed to improve organ function by reducing or eliminating amyloid deposits in patients with AL amyloidosis.

John Orloff, head of research and development at Boston-based Alexion, said patients with AL amyloidosis have a median survival time of less than 18 months following diagnosis. There are no approved therapies to address the organ damage caused by the disease. Orloff said there is a significant need for new treatments for the disease that he described as devastating.

“We believe CAEL-101 holds significant promise in being able to help these patients and we’re excited to add it to our growing clinical-stage rare hematology portfolio,” Orloff said in a statement.

Under terms of the deal between the two companies, Alexion will a minority equity interest in Caelum, as well as an exclusive option to acquire the remaining equity in the company based on Phase II data for pre-negotiated economics. Alexion will make upfront payments totaling $60 million to Caelum. New York-based Caelum can earn an additional $500 million if certain milestones are hit. Alexion and Caelum will collaborate on the design of the ongoing development program for CAEL-101. Caelum will be responsible for conducting the development program through the end of Phase II and for manufacturing CAEL-101.

In December 2017, Phase Ia/Ib data demonstrated CAEL-101’s ability to bind to light-chain amyloid fibrils and achieve early and clinically efficacious organ responses in patients with relapsed and refractory amyloid light chain AL amyloidosis. Trial investigators found that CAEL-101 achieved and demonstrated organ response at multiple points in time throughout the duration of treatment; all patients showed an organ response or were stable, and no patients showed organ progression, Caelum said.

There are approximately 22,000 AL amyloidosis patients across the United States and parts of Europe. AL amyloidosis has a one-year mortality rate of 47 percent, 76 percent of which is caused by cardiac amyloidosis. The current standard of care includes plasma cell directed chemotherapy and autologous stem cell transplant, but these therapies do not address the organ dysfunction caused by amyloid deposition, and up to 80 percent of patients are ineligible for transplant, Alexion said.

Speaking of the Phase Ia/Ib data, Michael Spector, president and chief executive officer of Caelum, said CAEL-101 appears to have a unique capability of binding to both kappa and lambda misfolded proteins.

“Data from the Phase 1a/1b study indicate that CAEL-101 is a well-tolerated therapy that leads to a rapid and clinically relevant organ response, particularly in the heart and kidneys. Further, CAEL-101 showed a statistically significant improvement from baseline in global longitudinal strain, an endpoint that has been correlated with survival in patients with AL amyloidosis. We are very pleased to collaborate with Alexion, a global leader in the rare disease field,” Spector said in a statement.