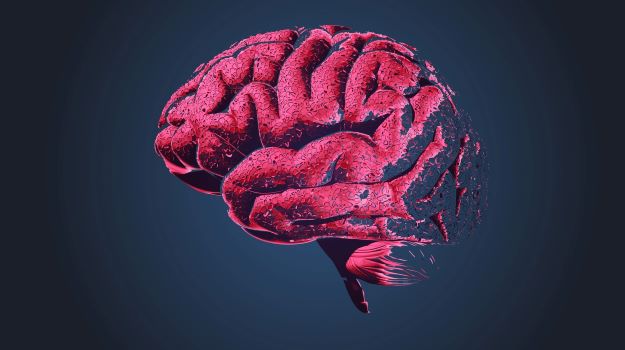 Despite the controversy surrounding the approval of Biogen’s Alzheimer’s drug Aduhelm (aducanumab), the company announced new data that shows the medication reduces amyloid plaque and significantly lowers plasma p-tau181, a biomarker of the hallmark tau tangles in Alzheimer’s disease.

Thursday, Boston-based Biogen shared data from two Phase III studies at the Clinical Trials on Alzheimer’s Disease conference that showed this latest efficacy data. According to the company, change in plasma p-tau181 was significantly correlated with changes in amyloid beta plaque. That change reduced cognitive and functional decline on all primary and secondary outcome measures in Alzheimer’s patients. The company added, the latest data provides additional evidence of the efficacy of Aduhelm in Alzheimer’s patients.

Amyloid plaque and tau proteins are defining pathologies of the dreadful disease. Biogen said, these two disease hallmarks disrupt communication between neurons, which leads to the loss of brain function. It can also lead to neurodegeneration and clinical decline, beginning in the early stages of Alzheimer’s disease.

The findings showed that high doses of Aduhelm significantly lowered plasma p-tau181 in a dose- and time-dependent manner compared to placebo. In the Phase III EMERGE group, p-tau decreased 13% from baseline compared to an 8% rise in placebo patients. The Phase III ENGAGE study, the results were similar with a 16% decrease of p-tau and a 9% increase for placebo patients.

Alfred Sandrock Jr., M.D., Ph.D., head of Research and Development at Biogen, said the latest Phase III findings will provide prescribers with new data to help their patients and continue to advance research into Alzheimer’s disease.

“We now have robust and concordant data that Aduhelm has effect on two core defining pathologies of Alzheimer’s disease, and substantial evidence of treatment correlation between changes in plasma p-tau181 and the slowing of disease progression,” Sandrock, Jr. said in a statement.

In its presentation, Biogen said the effect on tau was greater with higher doses and longer treatment with Aduhelm. A higher reduction of p-tau181 showed a statistically significant correlation with less decline in cognition and function in patients.

At the conference, Biogen also presented data from a non-randomized Phase IIIb redosing study for Aduhelm. Data from the EMBARK trial showed that even after halting treatment with Aduhelm for less than two years, reductions in amyloid-beta plaque were maintained in the high-dose group. However, the progression of Alzheimer’s continued after the discontinuation of treatment.

While the Phase IIIb analysis looks promising, Biogen noted that some selection bias in enrolling patients is possible, and it also noted there could be some issues with data interpretation given the heterogeneity of dose, duration of exposure, and treatment gap periods across individuals in the study.

The latest Aduhelm data comes days after the company announced it is investigating the death of a patient who died while receiving Aduhelm. The 75-year-old woman died of a type of brain swelling known as ARIA, or amyloid-related imaging abnormalities.  ARIA was observed during the clinical trials of Aduhelm. At this time, it is not known if the patient’s death is related to the Alzheimer’s disease medication or if it is the result of other complications.

As BioSpace previously reported, in the Phase III EMERGE and ENGAGE trials, which led to the approval of Aduhelm, 35% of patients receiving the approved dose showed signs of ARIA-E, the most common form of ARIA. ARIA-E is associated with headache, confusion, nausea, and gait disturbances. However, Biogen indicated that 98% of ARIA-E cases resolved on MRI during the studies and a full 76% were asymptomatic. When Aduhelm was approved, the U.S. Food and Drug Administration (FDA) included a warning about ARIA-E.