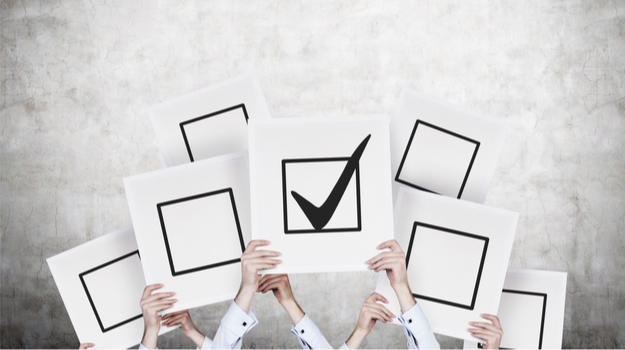 Yesterday, in what was dubbed a “transformational breakthrough” and a “historic moment," the U.S. Food and Drug Administration (FDA) granted accelerated approval for Biogen’s aducanumab-avwa (now known as ADUHELM™) as the first and only Alzheimer’s disease treatment to address a suspected underlying pathology of the disease –  amyloid beta plaque.

Putting an end to an 18-year drought during which at least 100 drug development programs have been discontinued since the 2003 approval of Forest Laboratories' Namenda (Memantine), Biogen Chief Executive Officer Michel Vounatsos called the announcement a “crucial inflection point in our collective battle against Alzheimer’s disease.”

Aduhelm is a true comeback kid. Biogen and collaboration partner Eisai abandoned the program in March 2019 following a futility analysis which said that the drug would not meet its endpoints. The drug then rebounded six months later in October 2019, when the partners announced their intention to file for regulatory approval after the global phase III EMERGE trial did indeed hit its endpoint, showing a significant decrease in clinical decline.

The Alzheimer’s Drug Discovery Foundation (ADDF) heralded the approval as a new day for Alzheimer’s research and just the beginning in a new era of advances.

“Aducanumab is just the first of several Alzheimer's drugs that will become available in the next five to 10 years,” said ADDF Founding Executive Director and Chief Science Officer, Howard Fillit, M.D. “The robust Alzheimer’s research pipeline, complemented by a growing number of biomarkers and other important research tools, means that the clinical trials underway today are more rigorous and more promising than ever.”

But not everyone is so confident that Aduhelm will transform the Alzheimer’s drug development landscape.

“I’m optimistic about the coming future here, so I have hope. I just think this is not the drug upon which to pin our hopes. Desperation should drive funding for Alzheimer’s research, it should not drive the interpretation of scientific evidence,” said Dr. Jason Karlawish, co-director of the Penn Memory Center at the University of Pennsylvania Karlawish in an interview with CNBC Tuesday morning.

In November 2020, the FDA’s Peripheral and Central Nervous System Drugs Advisory Committee resoundingly rejected aducanumab, voting that the evidence from the Phase III EMERGE and ENGAGE trials was insufficient to recommend the drug for approval.

In the FDA statement issued Monday, Dr. Patrizia Cavazzoni, Director of the FDA Center for Drug Evaluation and Research, stated that “the option of Accelerated Approval was not discussed by the Advisory Committee.”

Ultimately, the agency decided that “treatment with Aduhelm was clearly shown in all trials to substantially reduce amyloid beta plaques. This reduction in plaques is reasonably likely to result in clinical benefit.”

While the Alzheimer Society of Canada said that the news represented “an important step forward for people living with Alzheimer’s disease,” the organization also pointed out that the FDA is requiring Biogen to complete an additional clinical trial to verify the drug’s benefit. The statement went on to call for more investment in dementia research.

Under Accelerated Approval, drug companies are required to conduct confirmatory Phase IV post-approval studies to verify the anticipated clinical benefit of the therapy.

This morning, on a call with investors, Biogen EVP of R&D and Chief Medical Officer Al Sandrock stated that the company is in discussions with the FDA and advisors, and that details about a confirmatory trial would be disclosed at a later date.

“As I reflect on all this work and time — and all these needles and these blood draws and these MRIs — I’m delighted that I’m a part of it and have helped move the field forward, but I’m also cognizant that we have so much more to do. We moved the needle, but this is not a dance-around-the-Christmas-tree moment,” said 59-year-old Phil Gutis of New Hope, Pennsylvania, a former New York Times reporter.

Reaction from the amyotrophic lateral sclerosis (ALS) community – which also faces a therapeutic space with very few approved options – was also mixed. Nicole Cimbura, whose husband succumbed to his battle with the disease in March of 2019, told BioSpace that the FDA needs to show similar regulatory flexibility to promising ALS drug candidates.

In February, the FDA found that high-level data from the phase III trial of BrainStorm Cell Therapeutics’ NurOwn in ALS was insufficient to support a Biologics License Application (BLA). This was despite the drug showing a clinically significant response in a pre-specified subgroup of patients with early-stage disease based on the ALS Functional Rating Scale.

In April, the FDA requested that Amylyx Pharmaceuticals, which is developing AMX0035, conduct another placebo-controlled study before it can submit for approval. In December 2020, Amylyx presented data from a Phase II CENTAUR trial showing a statistically significant retention of functional abilities and long-term survival benefit.

“The ALS Community has been demanding the same regulatory flexibility for AMX0035 and NurOwn. The FDA needs to do the same thing for ALS as they did for Alzheimer’s. Of course we need more data, but patients cannot wait. Waiting means death within 3-5 years for ALS. Approve NurOwn and AMX0035 and conduct rigorous post approval Phase IV trials,” said Cimbura, who serves as the co-lead for the Legislative Affairs Team at I AM ALS.

The controversy over Aduhelm will now expand to access, and Biogen spent part of the investor call responding to questions in this area.

On Monday, Biogen announced a $56,000 per-year list-price on Aduhelm, considerably higher than the $10, 000 – $25, 000 figure some analysts and advisers had been expecting. The Institute for Clinical and Economic Review had recommended a price point of between $2,500 to $8,300 to be considered cost-effective. This price also took into the account the “insufficient” evidence regarding Aduhelm’s benefits.