Adial is Leveraging Genomics to Treat “Pervasive” Alcohol Use Disorder 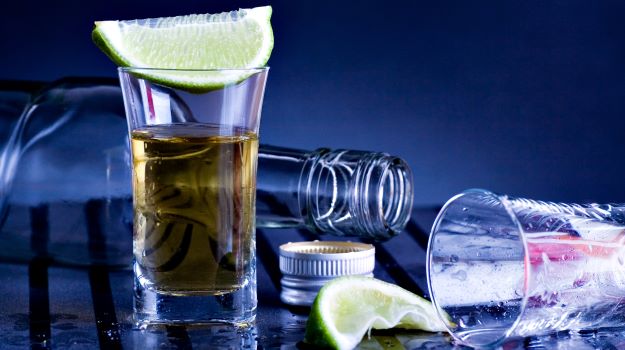 Alcohol use disorder is risky which should be controlled at the earliest. (Adial CEO CEO Bill Stilley_courtesy Adial Pharmace)

Alcohol Use Disorder (AUD) affects 6.7% of drinking adults. Some of the symptoms of AUD, as listed by the National Institute on Alcohol Abuse and Alcoholism (NIAAA), include being unable to reduce alcohol use despite a desire to do so, a need to drink that has become distracting, continuing to drink despite harm caused and experiencing symptoms of withdrawal without alcohol.

Current treatments for alcohol use disorder include talk therapy or programs such as Alcoholics Anonymous (A.A.). Though three medications for AUD are approved by the U.S. Food and Drug Administration, some cause unpleasant side effects when the patient drinks, and others require painful injections.

Adial Pharmaceuticals is working to address this issue, offering a novel treatment for AUD. “We handle addiction as a disease rather than the disorder or weakness that some people consider it to be,” CEO Bill Stilley told BioSpace. 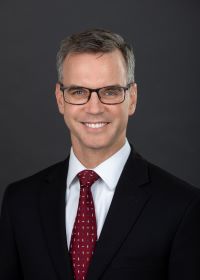 The company is currently evaluating the use of AD04 as a therapeutic agent for the treatment of alcohol use disorder. “In certain patients, there’s a genetic defect that allows them to process serotonin differently than others. By blocking one of the known serotonin detectors, we can inhibit someone from the drive or craving that alcohol creates,” Stilley said.

The Phase IIb clinical trial involved a genetically-targeted patient group suffering from alcohol use disorder. “We saw a 50% reduction in the frequency of drinking in the drug versus placebo group, and an almost 60% reduction in how much people drank overall. Patients drank almost half as often, and when they did, they drank less. This shows a reduction in drinking habits.”

Adial is currently in Phase III of development and expects to run analysis on gathered data in the coming months. “It’s a really exciting time for the company. This trial was pivotal and will be used as a basis for approval. Once the trial is done, we will freeze the data and hand it over to statisticians who will run analyses,” Stilley said.

The basis of the product’s mechanism of action is through serotonin. Adial hopes to treat disorders other than alcohol use disorder that affect the brain similarly. “There’s a huge amount of comorbidity between Opioid Use Disorder and AUD. We hope that we can treat opioid use in the future. There are a couple of others beyond that, such as gambling addiction, that are also driven by the serotonin system.” An example of an addiction that the product won’t address would be smoking, Stilley noted, as it’s driven by nicotine receptors rather than serotonin receptors.

The company is also working on a non-opioid pain program involving adenosine analogs. “Our non-opioid pain drug will address the supply side of addiction. Dr. Robert Thompson had a breakthrough in 2019 which was brought in-house through a relationship. We’ve shown that the drug worked in animals, and we’re hoping to test it in humans this year.”

About Alcohol Use Disorder

AUD is important to treat because “it’s a massive problem. Alcohol use disorder is a problem so large that the U.S. amended the Constitution to try and address it. Prohibition didn’t work, but they still wanted to solve the problem,” Stilley said. “There have been a lot of efforts, such as the few treatments that exist, and self-help groups such as Alcoholics Anonymous. A.A. says that treatment is so difficult that you most likely won’t be successful until you’ve hit rock bottom. Until your life has been destroyed, you will not succeed. This is why this disease needs attention.”

“The effect the pandemic had on alcohol use is heart-wrenching,” Stilley shared. “We’re seeing alcohol sales going up since people are drinking at home. We’re seeing more harmful levels of drinking, which is not surprising. Alcohol deaths are up, and so is binge drinking. What we’re seeing is devastating. Mental health disorders contribute to this, as well; there’s a huge comorbidity between drinking and mental health disorders. This has been traumatic.”

He pointed out that eliminating alcohol altogether may not be the solitary goal for a person with alcohol use disorder. “The real goal is to stop the harmful effects of alcohol in their lives. If the only way available to them today is to stop drinking, it’s great for them if they can do it. It’s courageous, and they worked hard. But the other 90%-plus are not doing that. They’re just living with the harm. We all know people who have lived with the harm to the extreme. It’s so pervasive.”

Stilley wants those suffering from alcohol use disorder to know that “there’s hope. People like us and others are working. We’re moving into the age of the brain. Our drug couldn’t have been developed until genomics and imaging came along.”

He also noted that a reduction in addiction is a worthwhile goal. “If you can reduce your addiction, that is better. It doesn’t mean that stopping it isn’t best, but reducing harm is also a step. A lot of times, people think that if they weren’t successful at hitting their end goal, they should stop. If you can reduce it, though, that’s still good! Just because you haven’t achieved your optimal goal doesn't mean you should quit.”