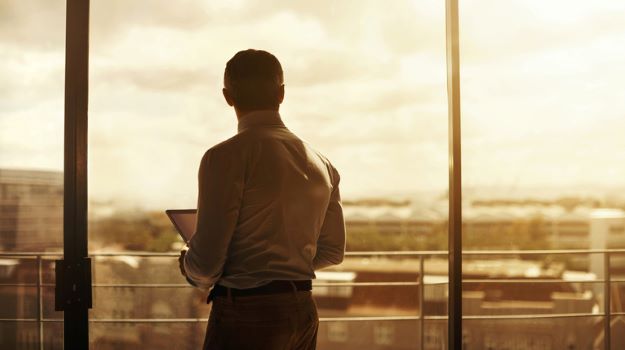 Ameet Malik, the former head of U.S. Oncology at Novartis, will take over the reins of Switzerland-based ADC Therapeutics, following the departure of CEO Chris Martin, who will remain with the company as an adviser for three months to ensure a smooth transition. Martin, a co-founder of the company, will continue to serve as a member of the company’s board of directors and will chair its Science and Technology Committee.

Martin expressed his excitement about passing the proverbial baton to Malik, who he said is in a position to take the company to new heights as it continues to grow. Since ADC launched in 2011, under Martin’s guidance the company has grown to more than 300 employees and seen the approval of Zynlonta, a treatment for adult patients with relapsed or refractory (r/r) diffuse large B-cell lymphoma (DLBCL). The company also has multiple solid tumor programs in development and is preparing a biological license application for its CD25-targeting asset. Martin said Malik has “deep commercial oncology experience and proven leadership qualities” that will benefit the company as it continues to grow.

Malik said he was drawn to ADC Therapeutics by its validated technology platform, portfolio of products, as well as its strong team and culture.

“It is truly remarkable what Dr. Martin and the ADC Therapeutics team have achieved in such a short period of time since the company’s founding in 2011. It is a privilege to lead the company through its next phase of growth, with the potential to create sustainable value for all of our stakeholders,” Malik said in a statement.

Malik spent 16 years at Novartis. In addition to his role as head of U.S. Oncology for the Swiss pharma giant, he also held oncology roles with the company including head of global marketing value and access, as well as head of operations in Latin America and Canada. At Novartis generics subsidiary Sandoz, Malik was head of biopharmaceuticals and oncology injectables. Prior to Novartis, he was an associate principal at McKinsey & Company. Most recently though, Malik served as CEO of Rafael Holdings. He serves on the board of directors of that company, as well as Atara Biotherapeutics.

In New Hampshire, Adimab, LLC has also tapped a new CEO. Philip T. Chase, who has served as the company’s general counsel for the past decade, will take over the reins of Adimab as co-founder and former CEO Tillman U. Gerngross steps away from day-to-day operations at the company.

Before coming to Adimab, Chase held roles at multiple biotechs. At Alnylam Pharmaceuticals, he served as general counsel and also held the role of chief corporate counsel at Transkaryotic Therapies, Inc.

In addition to Chase taking on the CEO role, Adimab also named Eric M. Krauland as president and chief scientific officer. Krauland has held a variety of leadership positions at Adimab since 2007, including serving as Adimab’s CSO since 2017.

Following his departure from the role of CEO, Gerngross will serve as executive chairman of the board of directors.

“Adimab has been the crown jewel of my professional and entrepreneurial endeavors and I feel we have made a remarkable impact as a company. I have the utmost confidence in this leadership team, who has been executing together for more than a decade, and I am proud to offer them this growth opportunity,” Gerngross said in a statement.

Miami-based Longeveron announced Chief Medical Officer K. Chris Min was named interim CEO following the resignation of Geoff Green, who will leave the company on June 1. A search for a permanent replacement for Green has begun.

Green has served as CEO of Longeveron for the past six years. During his tenure, the company made strides in advancing its cell therapy candidate Lomecel-B into clinical trials for multiple indications, including aging frailty, Alzheimer’s disease, metabolic syndrome, acute respiratory distress syndrome and hypoplastic left heart syndrome. The company intends to enter into a consulting agreement with Green to ensure a smooth transition.