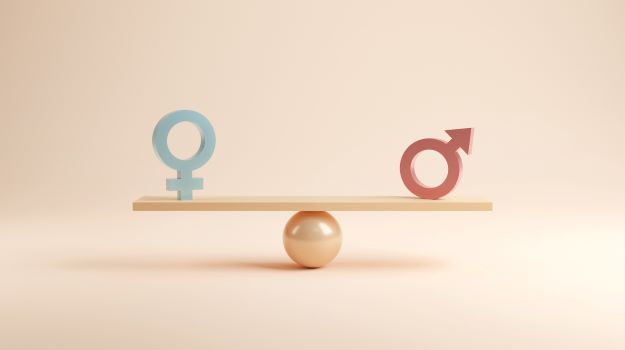 Since the beginning of the COVID-19 pandemic, there has been a mass exodus of women from the workforce. What will it take to rectify this tremendous loss and recover the gains made during the past 70 years?

BioSpace spoke with three human resource and DEI leaders who say the answer is threefold: Empathy, awareness and flexibility.

According to analysis published by the Bureau of Labor Statistics (BLS) in November 2020, there were 2.2 million fewer women in the labor force as of October than in February – right before everything changed.

Per BioSpace’s 2020 U.S. Life Sciences Salary Report and 2020 US Life Sciences Diversity & Inclusion Report, men out-earn women by 19.3%, which climbs to 47.6% when looking specifically at health care. Also, only 14% of women felt that opportunities for promotion were fair compared to 23% of their male counterparts.

The life sciences are not immune from what President Joe Biden has declared a “national emergency”. According to Jennifer Peterson, Chief People Officer at Obsidian Therapeutics, the key will be an extension of the shared empathy and awareness of life stressors created by the pandemic.

“It did make it an issue that everyone struggled with. It was not a single class of people, not a single identity of working parent, working mother. It brought it to light that it was an issue for everyone, and I think that that created some empathy during the time, and carrying that empathy forward I think is really really important,” Peterson said.

“Empathy” is an integrated feminine quality, said executive and leadership coach, Signý Wilson, who has invented a new model from which to consider leadership qualities.

Wilson puts characteristics that the current corporate culture rewards, such as pushing and forcing decisions, into a category called “distorted masculine”, and classifies “cattiness” and gossiping as “distorted feminine.”

Instead, Wilson contends that leaders should strive for a balance called “Femasculine”.

So, how does the corporate culture achieve this? Wilson said that “some people will default to feminine or default to masculine, but then you can learn the other, and in learning the other, you can get to femasculine because you can choose what’s needed in each situation.”

Leaders must also be aware of the considerable power that language has on diversity and inclusion.

“A lot of the way you present and communicate can be a barrier of entry to the workforce. For women, particularly Women of Color, they face greater levels of discrimination, biases, and barriers of entry to professional roles large in part to the hiring process; the lack of training and emphasis on cultural competence and emotional intelligence for hiring managers and recruiters,” said Jennifer Vasquez, Global Diversity, Inclusion, and Belonging at Amgen.

Even benefits intended to encourage gender equality and inclusivity can have the opposite effect if there is not an appropriate awareness of the language used.

“I think when we identify particular groups, or people, that our policies are orientated toward, we’re calling out that we’re asking for special treatment for people. I think when we use the language of emphasizing working mothers, working parents, we’re putting an added burden on them to feel like ‘I now have to prove that my value warrants this special treatment,’” Peterson said.

During the past 12 months, North American societal norms, such as a work-centric culture that leaves no room for work-life balance –  have been disrupted and exposed like never before. This could be a positive thing for all employees.

“Obsidian, like many other companies during the pandemic, went to a very flexible scheduling practice. We have really focused on outcomes for the team, not focused on hours and face time for the team, and are really carrying that more deliberately into 2021 and saying ‘let’s be much more clear about the most important kind of value-driving activities,” Peterson said.

“There should be no 9-5. There shouldn’t be the 40-hour workweek. If we look at some of the other countries, particularly in Europe – if you look at Finland – these are places that have really accelerated efforts with women, are closer to equal pay for women. I think we take modeling after that because they don’t have the traditional 40 hours,” Vasquez said.

This flexibility will be imperative to reclaiming the lost female portion of the workforce.

“I think we’ve got to be really careful about not letting there be a pandemic penalty,” Peterson said. “If people chose to stop working or were forced to stop working because of circumstances, let’s not let that penalize them in how we consider their candidacy in returning work, in passing judgment on the choice that was made and assuming that that’s going to be a risk for how they operate going forward.”

Even with all of these efforts, it will take more than just individual companies implementing empathy, awareness, and flexibility. According to Vasquez, it’s going to take the whole life sciences 'village.'

“I think of it as an ecosystem, because I don’t think one company or just government alone, or one women’s organization is going to solve it all. I think it’s going to be multiple stakeholders really at the table and creating a strong ecosystem that includes our social sector, includes government’s role and responsibility, and it includes corporate American industry – not just putting the money behind it, but putting in robust programs that are effectively designed,” Vasquez said.

As certain sectors have been hit harder than others, Peterson proposed showing some creativity as an industry in terms of reintegrating employees into the workforce.

“I think in the biotech industry, in particular, there are roles that can be viewed as entry-level roles in labs that are hard to fill. Are there creative ways that we can kind of come together and develop apprenticeship opportunities and learning opportunities?” she suggested. “What might we be able to do collectively as an industry to find where those real opportunities can be, and can we dedicate some of our staff to support the learning there.”

It also seems that the biotech industry is uniquely situated to be a leader in gender equality.

“I would say that biotech, in my experience so far, does better than the software industry did. I think that the ratio of women in the industry overall is a reflection of that. When you get into leadership roles, the question is: Is there a difference? Again, because there’s such an emphasis on the value of cognitive diversity, because there are some really talented female scientists in this industry, and leaders that have grown up through different companies in this industry, I think that the biotech industry does better in their language and practices,” said Peterson, a former executive within the software space.

Wilson, who has consulted with several life sciences companies, has noticed a distinction between large pharmaceutical players and smaller biotechs.

“It’s a male-dominated industry in terms of actual men, and then I would say that it heavily leans toward the masculine side of the house, partly because it’s heavy in the science; it’s heavy in ‘there’s a right way,” she said.

“The pharma companies, I would say are really heavy masculine, but I would say some of the startups, that is a different energy because it’s got some of that grassroots. I’ve worked with a lot of VC firms in the biotech space where it’s like 7 or 10 partners and they need to come together. It’s matrixed and it’s about influence, and that’s feminine.”