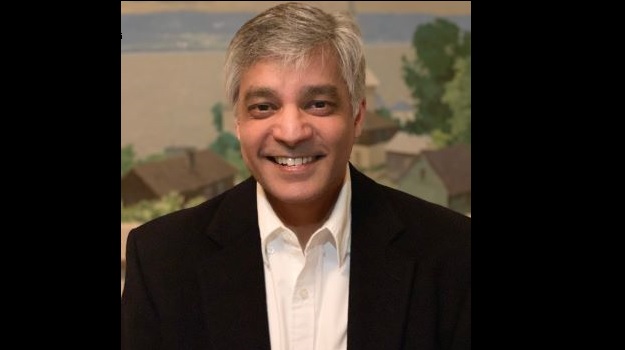 As with any hard-fought battle, it is becoming clear that many survivors of COVID-19 are returning from the trenches with a chronic condition known as Long Covid. On October 6, the World Health Organization published a formal definition of the illness, which it refers to as “post Covid-19 condition.”

The therapeutic market for Long Covid will undoubtedly be substantial, and one Burlingame, CA-based biopharma company, may have a head start. Cortene Inc. is developing CT38, a proprietary peptide agonist selective for Corticotropin-Releasing Factor Receptor Type 2 (CRFR2), one of two receptors, or pathways, that control serotonin in the limbic system and cord. In response to any threat to homeostasis, corticotropin-releasing factor (CRF) acts via CRFR1 and CRFR2 to control serotonin. When the threat subsides, these receptors return to their normal configuration – unless permanently upregulated by an intense or prolonged threat. This then dysregulates serotonin, leading to the shared symptoms of many chronic diseases.

CT38 is being studied in myalgic encephalomyelitis / chronic fatigue syndrome (ME/CFS), as well as in fibromyalgia and chronic Lyme disease.

Fatigue is commonly understood as the most prevalent symptom of Long Covid – which comes alongside other symptoms that mirror CFS, such as sleep and cognitive issues, depression and anxiety. Cortene believes that enigmatic diseases such as long Covid, fibromyalgia, Multiple Chemical Sensitivities and PTSD all share a common mechanism, where the specific symptoms relate to different sets of neurons that are affected by a triggering insult (e.g. COVID-19), genetics, life history and gender (women are more susceptible).

We've laid out a pathway in the brain, and we've provided the first preliminary evidence that this pathway, in fact, generates all the various symptoms of chronic disease,” Pereira continued.

He explained that this is the reason why the same sets of symptoms appear to be consistent across the chronic disease spectrum – symptoms such as brain fog, dizziness, orthostatic intolerance (an abnormal response to being upright) and fatigue.

While the conventional approach would be to block the overactive pathway, Cortene’s strategy is counterintuitive. During the past forty years, scientists have identified pathways that are either overactive or underactive. They have then endeavored to block or stimulate these pathways.

“The problem with this logic is that the body, and especially the brain, is dynamic, not static,” Pereira said. Thus, the idea of putting in a fixed dose of a blocker or stimulant is flawed because it will not account for real-time changes.

Cortene’s approach seeks to overstimulate CRFR2, causing it to downregulate without the need for chronic treatment. And so far, the theory looks promising.

In a proof-of-concept trial dubbed InTiME, Cortene infused 14 ME/CFS patients with CT38, at one of four infusion rates for a maximum of 10.5 hours, in 14 ME/CFS patients. The drug was associated with a significant reduction in mean 28-day total daily symptom score (TDSS), which aggregated 13 patient-reported, daily symptom scores. The 0.03 μg/kg/h infusion rate seemed to be the sweet spot, as patients achieved a 26% improvement in TDSS –effects Pereira said are still evident after two years. Cortene recently published a peer-reviewed paper with full results of this study in Frontiers in Systems Neuroscience.

Dr. James Baraniuk, M.D., professor of medicine in the Neuroscience program at Georgetown University, was one of these peer reviewers. He offered further insight into the CRFR2 pathway (also referred to as the CRHR2 receptor)

“Once the CRHR2 receptor gets switched on, it's as if it is permanently switched on. When that happens, it has downstream effects on the limbic system and serotonin system.” Then, any stressor the person is exposed to – including exercise, heat or bright lights – is interpreted as being a major stressor. Other potential stressors are mental trauma, physical trauma, viruses and toxins.

While expressing cautious optimism about the potential of the approach, Baraniuk stated that this particular study had a number of limitations, including a small patient sample.

“Some of the subjects had adverse events like fast heartbeat, low blood pressure,” he said, adding that these effects were easy to treat at the time of the infusion, but that “fatigue and cognitive problems” also occurred. “The problem is with the variation in any CFS, you have good days and bad days, so some of the adverse events they had could be just the normal variation of this disease.”

Baraniuk noted that the 26% symptomatic improvement, measured at 28 days as opposed to immediately following the infusion, was significant.

“Let’s put it into perspective,” he said. “There’s no treatment for ME/CFS, and they gave one infusion of the drug, and then 28 days later, people had a continuing beneficial effect. So that is very encouraging to suggest that they should definitely do more studies to understand and prove that the symptoms are getting better.”

Baraniuk indicated that the right dose could be the most difficult for Cortene to determine, as it is typical to have a U-shaped dose response curve in the brain.

In dose ranging studies, “what they found was a Goldilocks effect. If you gave too much drug, you could end up with adverse events. If you gave too little, you had no effect. They had to get it just right.”

Next up, Pereira said Cortene will endeavor to raise a Series A venture round to further the research and test the drug in a larger trial.

“These ideas are not that difficult, but they are different. Nobody's thought of an organic change in the brain as the nexus for chronic disease,” he said, “But the flip side of that is no chronic disease has been cured either.”