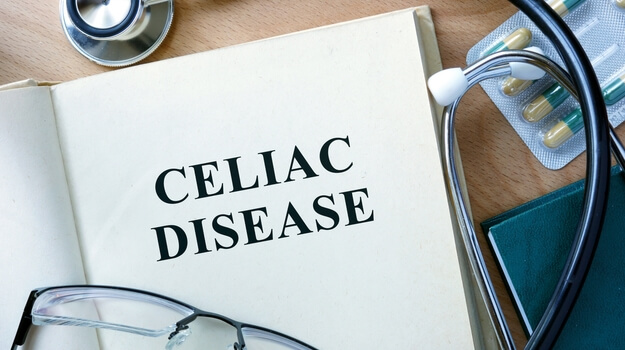 9 Meters Biopharma’s program for celiac disease is among the most clinically advanced programs in development. With phase III trials underway and Fast Track designation from the FDA, “It’s, conservatively, at least one year ahead of everyone else’s,” John Temperato, president and CEO, told BioSpace.

That’s an amazing feat for a company that was formed April 30, during the height of the COVID-19 pandemic, through the merger of Innovate Biopharmaceuticals. Although other Phase III trials are underway, ClinicalTrials.gov lists the sponsors as universities or research centers.

The new company received a Thorough QT (TQT) study waiver in May, making a study of the quiet time between heart beats – recorded during electrocardiograms – unnecessary. The decision was based upon safety results from earlier clinical studies involving higher than proposed doses.

“This speaks to the safety profile of Larazotide, which is gut selective, rather than a systemic therapeutic,” Temperato said. “Therefore, it has a very, very clean profile.”

Larazotide is undergoing Phase III trials now, with more than 100 clinical sites and ongoing enrollment. Temperato said the trial was designed as a 630 patient, three arm trial that includes a placebo. He expects to perform an interim analysis by mid-2021 and a final analysis at the end of that year. “We want to petition the FDA for conditional approval.” The waiver helps support that.

Celiac disease patients are sensitive to gluten in the diet, which breaks down into gliadin. The gliadin causes an inflammatory response in the lumen (the top layer of the gut), which disrupts the tight junctions between the cells in the gut.

“Larazotide acetate works a bit like shoelaces,” Temperato explained. It tightens those junctions and prevents the gliadin from entering the circulatory system and triggering a systemic inflammatory response. 9 Meters expects larazotide to be prescribed alongside a gluten-free diet.

Because celiac disease affects 1% of the U.S. population – approximately 3.5 million people, it is feasible to reach out to patients directly, using consumer advertising. 9 Meters, as a rare, orphan and unmet needs company, is seeking commercialization partners.

The company’s pipeline includes another lead compound, NM-002, for short bowel syndrome. It has orphan status in the U.S. A Phase Ib/IIa clinical trial is scheduled to begin mid-year with Cedars Sinai Medical Center.

NM-002 is a long-acting, injectable GLP-1 analogue that slows transit time in the digestive tract, thus improving nutrient uptake. Results to date suggest once or twice-monthly dosing may be possible. NM-002 has the potential to eliminate the need for parenteral support, which may often require several hours of intravenous infusion each day.

“This trial is totally different from that of celiac disease,” Temperato said. “It’s a single-site trial. Cedars has patients lined up, so we expect to hit our timelines with little disruption from the COVID-19 pandemic.”

The celiac disease trials, in contrast, are much broader.

“If there are in states that close (because of COVID-19), the studies pause. But, patients still can get their medication, and they keep electronic diaries, so pausing some of the study sites hasn’t affected the integrity of the data,” he explained.

9 Meters was formed April 30 at the height of the pandemic.

“9 Meters is the culmination of a merger of three companies: RDD Pharma in Israel (where he was CEO), Innovate Biopharmaceuticals in the U.S., and Naia Rare Diseases which was based in California but incorporated in the Cayman Islands,” Temperato said.

RDD and Innovate merged, changed the name to 9 Meters and closed $22 million in new financing, led by Orbimed Advisors. About a week later, this new company acquired Naia.

The legwork for the merger started long before the pandemic. Earlier, Temperato was an executive with Salix Pharmaceuticals, “the largest independent GI company in the world. It sold for almost $16 billion,” he recalled. He was recruited as CEO of RDD expressly to take the company public, build its pipeline and revise its strategy to focus on rare and orphan therapeutics, and on unmet needs.

They began to acquire Naia last summer. That acquisition added two therapeutics to the pipeline: a GLP-2 agonist and an immunomodulator. Currently, 9 Meters is selecting rare or orphan indications for those products and expects to identify them by the end of 2020.

About the same time, “Innovate was looking for strategic options and a CEO. We were acquiring an asset from Salix, and the founder of Salix ended up on the board of Innovate.” The two talked about their goals and opportunities for their companies and saw close alignments. Within two weeks, the organizations had signed a letter of intent to merge. That was in mid-January, just before the market plummeted. Given the situation, “We wondered if we would get this done, but Orbimed helped us close the transaction.”

9 Meters is headquartered in Raleigh, NC, where Salix also is based.  “We’ll build our infrastructure here,” Temperato said.

Many of the key executives from the three companies have stayed on with 9 Meters, including Naia’s former CEO who is helping with the transition. From Innovate, 9 Meters retained the chief medical officer, who has worked on several NDA approvals in GI diseases, and the CFO. From RDD, the founder, the SVP of scientific affairs and the corporate development officer transitioned to 9 Meters. Temperato is continuing to build out the team.

9 Meters is built upon the strong foundations of the three companies that comprise it. One of the most important elements, he said, is understanding the power of maintaining deep roots in GI diseases. There are no plans to branch out into non-GI indications.

The other is building a patient-centric culture. “The more patients’ lives you improve, the better the company’s return. It’s all connected,” he emphasized.