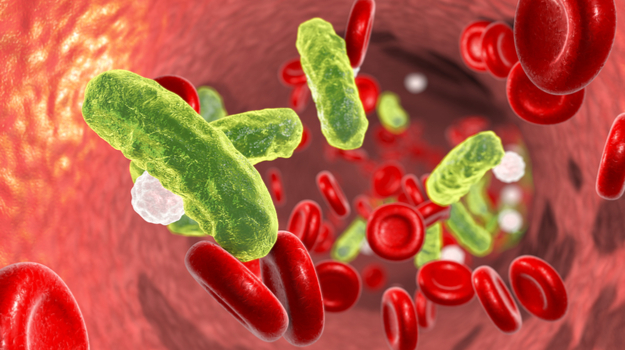 Citing safety concerns, a watchdog organization is calling on the National Institutes of Health (NIH) to halt enrollment in a clinical trial evaluating a treatment for sepsis that the organization said is risky and flawed.

Public Citizen said that patients in the clinical trial are being given one of two treatments for sepsis, both of which it said are risky. Neither of the medicines can be considered standard treatments, Public Citizen said in a statement. Public Citizen said usual care for sepsis, a life-threatening complication from an infection, doctors typically adjust doses of intravenous fluids and blood-pressure-raising medication. The organization said the CLOVERS Trial will not follow the typical care and will provide half the patients with the IV fluids and the other half with the blood pressure treatments. The organization said there is no control group being provided the standard of care, so researchers cannot “adequately determine if either of the experimental treatments is too unsafe to continue using.” Not only that, but the organization said the researchers will be unable to draw any significant conclusions without the comparison to the typical treatments for sepsis.

“Because no other group of patients in the trial is receiving the usual treatment for sepsis, researchers can’t ensure that the experiment isn’t causing increased deaths and organ failure. Sepsis is a life-threatening condition in which bacteria or their toxins get into the bloodstream, causing shock and organ failure,” Public Citizen said in its announcement.

Michael Carome, director of Public Citizen, called the trial design “disturbing.” He said its design is closer to an experiment that would be conducted on laboratory animals and not people.

“These human subjects are unwitting guinea pigs in a physiology experiment that will not advance medical care for sepsis and likely will harm many,” Carome said in a statement.

The CLOVERS trial is being run across 16 different institutions, including Cleveland Clinic Foundation, Beth Israel Medical Center and Vanderbilt University Medical Center. There are another 26 study sites that have not begun enrolling, Public Health noted. CLOVERS researchers anticipate enrolling up to 2,320 subjects by the trial’s projected completion in March 2021, the watchdog group said.

“The misalignments in CLOVERS between individual patients’ needs and treatments being given as part of the experiment are far outside the norms of sepsis treatment,” Carome said. “It is obvious they carry an unacceptable increased risk of organ failure and death and should be avoided.”

The trial, according to Public Citizen, is being funded by the National Heart, Lung, and Blood Institute (NHLBI) through its Prevention and Early Treatment of Acute Lung Injury (PETAL) Network. The watchdog group is calling for a moratorium on all current PETAL Network trials and “any other NHLBI-funded clinical trials testing interventions in critically ill subjects until the multiple systemic breakdowns that permitted CLOVERS to be approved are fully understood and corrected.”