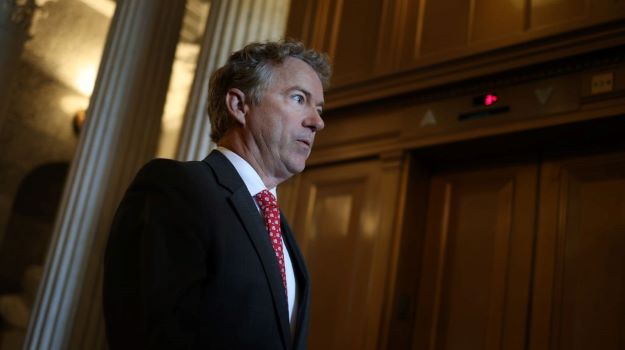 Sen. Rand Paul, a Republican from Kentucky and outspoken critic of Dr. Anthony Fauci, is under fire from government watchdogs for failing to properly disclose a $15,000 purchase of Gilead Sciences stock made by his wife last year.

Members of Congress are required to report stock purchases within 45 days of the transaction. A spokesperson for Paul told CNN that the senator did file the report within the correct amount of time per federal law, but it was “improperly transmitted.”

“In the process of preparing to file his annual financial disclosure for last year, he learned that the form was not transmitted and promptly alerted the filing office and requested their guidance. In accordance with that guidance he filed both reports today,” Paul’s spokesperson said.

Paul’s wife acquired the stock in February 2020, three months before Gilead Sciences won Emergency Use Authorization for its antiviral drug Remdesivir, one of the first, widely-used drugs against COVID-19. The stock purchase was also made one month before the virus began its widespread run across the United States, closed schools and businesses and cause a near halt of the economy.

Remdesivir later won full approval from the U.S. Food and Drug Administration in October of that year. It is now sold under the brand name Veklury.

Paul has been an outspoken critic of Fauci, chief medical adviser to President Biden and longtime director of the U.S. National Institute of Allergy & Infectious Diseases, and the mandated/suggested use of masks as a preventative measure against transmission of COVID-19. YouTube suspended Paul’s account for seven days over claims masks are ineffective against the virus. Following the revelation of the 16 month delay in reporting of the stock purchase, ethics experts have called for the senator to fully explain why it took so long to report the purchase of the stock.

Paul isn’t the only member of Congress to face questions regarding the sale of stocks related to the COVID-19 pandemic. In March 2020, multiple members of Congress came under scrutiny over stock sales. Sens. Richard Burr and Kelly Loeffler, Republican senators from North Carolina and Georgia, respectively, were questions over sales of stock ahead of the economic downturn that caused the stock market to plunge. The sales occurred around the time the members of Congress began to receive closed-door information regarding the severity of the virus, CNN reported. The investigation into the Congressional sales was closed by the U.S. Department of Justice earlier this year.