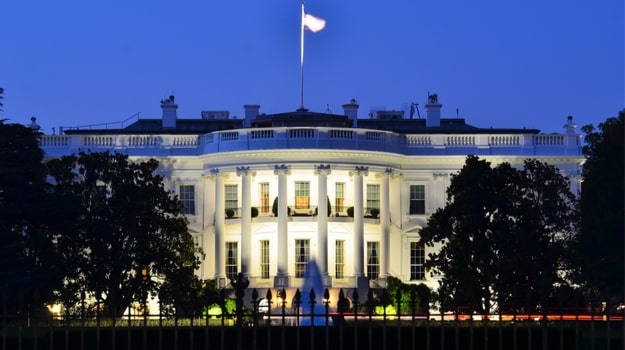 Two days after unveiling an executive order to boost U.S. biomanufacturing, the White House revealed plans that include $2 billion to support the initiative.

On Wednesday, Biden outlined the goals of the new initiative during a biomanufacturing summit at the White House that included industry leaders from across the country. The initiative aims to use the $2 billion to bolster manufacturing through new training programs and improve technology to ultimately lower prices, create good jobs, strengthen supply chains, improve health outcomes and reduce carbon emissions.

A "Call to Action" for the United States

John Melo, CEO of synthetic biotech Amyris, Inc., said the presidential order is a call to action for the U.S. to become the global leader in biomanufacturing and not cede that to other nations. Melo was one of a handful of executives who spoke at Wednesday’s conference.

Biomanufacturing leadership has become a key concern given the rise of the Chinese market. The industry based in that country is rapidly expanding and has already become the world leader in providing active pharmaceutical ingredients for generic drugs that are relied upon by companies across the globe.

As CEO of Amyris, Melo is familiar with China’s lead in API. His company has developed 13 proprietary ingredients that are now used in more than 20,000 products. The company estimates those products reach more than 300 million global consumers.

He added that when great minds come together in support of these objectives, “you make better chemistry, period.” As an example, he pointed to a solution developed by Amyris to make the organic compound squalene that is found in the liver of sharks. Squalene is used as an adjuvant in vaccines, including those for flu.

However, sourcing squalene from sharks would not only upset the ocean’s ecosystem with the loss of these predators but hunting sharks does not provide a predictable solution. Instead, Amyris developed its own organism that can make squalene at an industrial scale – a project that was completed in nine months.

“That is the bio-economy providing solutions,” he said.

Sunil Chandran, chief science officer and head of research and development at Amyris agreed with what Melo laid out. However, not only will it be important to bolster manufacturing in the U.S., Chandranalso said pointed out the need for improved training programs that will ensure a steady supply of employees who can meet the increasing demands.

Chandran explained that the industry will have to take steps to ensure a steady supply of future employees through the support of programs in colleges and universities. That will open up the industry to young people who are not on a Ph.D. track to find a career within the life sciences.

"These are good-paying jobs," he said.

Under the Executive Order, the U.S. Department of Defense will invest $1 billion in bioindustrial domestic manufacturing infrastructure over five years. The investment aims to establish a strong, domestic biomanufacturing base for U.S.-based innovation.

According to the White House, this support offers incentives for private- and public-sector partners to expand manufacturing capacity for products important to commercial and defense supply chains.

Also included in the order is $40 million to expand the role of biomanufacturing for active pharmaceutical ingredients and starting materials used to develop essential medications and also respond to pandemic-like threats. That money is on top of a more than $270 million investment from the DoD into the Tri-Service Biotechnology for a Resilient Supply Chain program.

Bio- and cybersecurity is also included in the initiative. A $200 million investment will be added to support current levels of security at biomanufacturing sites.

Beyond manufacturing, the federal initiative aims to spur scientific innovation through hundreds of millions of dollars in government grants to support regional hubs. The White House pointed to investments made in places like North Carolina, Oregon, Virginia and other states that are earmarked to advance biotechnology and biomanufacturing programs.

Melo noted that U.S. manufacturers are capable of producing these key assets in a more cost-effective manner than other manufacturers across the world.

“We do it cheaper, we deliver it faster and we deliver it in a more quality way than any other source in the world," he said. "That's biomanufacturing; that's bioengineering."