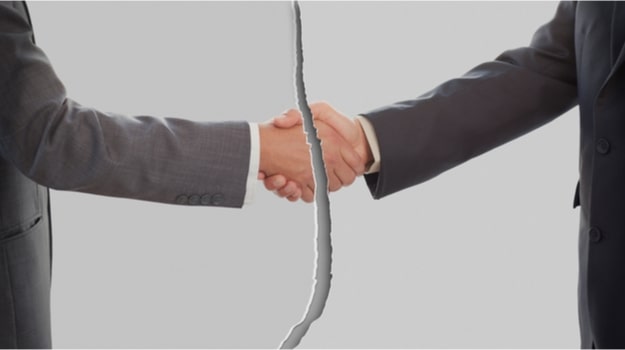 Two years after AbbVie and Voyager Therapeutics first forged a collaboration to develop treatments for Alzheimer’s disease, the partnership has come to an end after AbbVie terminated the agreement.

On Monday, Cambridge, Mass.-based Voyager announced the two companies terminated their tau and alpha-synuclein vectorized antibody collaborations effective Aug. 3. In 2018, the two companies signed a strategic deal to develop and commercialize vectorized antibodies against the tau protein. In Alzheimer’s patients, abnormal tau protein tangles appear toward the end of the disease and are correlated with progressive neurodegeneration and severity. The companies aimed to develop a potential one-time therapeutic that harnessed Voyager’s gene therapy platform that generates adeno-associated viral (AAV) vectors. Then, in 2019, Voyager and AbbVie expanded their collaboration to include the development of vectorized antibodies directed at pathological species of alpha-synuclein for the potential treatment of Parkinson's disease and other diseases (synucleinopathies) characterized by the abnormal accumulation of misfolded alpha-synuclein protein.

In its announcement, Voyager did not specify the reasons for the termination of the collaboration with AbbVie. By terminating the agreement, AbbVie is free of some of the conditional payments the company would have had to fork over if the research had moved into the clinical phase of testing.

Investors did not like the news. Shares of Voyager Therapeutics fell 12% in premarket trading and continued to fall after the opening bell. The stock has fallen nearly 9% since the beginning of trading today to $10.32 per share.

Omar Khwaja, chief medical officer and head of R&D at Voyager Therapeutics, said the efforts to harness AAV-based gene therapy to produce antibodies directly in the brain and overcome major limitations with delivery of current biologics across the blood-brain barrier have been “highly productive.”

“Through the tau and alpha-synuclein collaborations, we believe we have made considerable progress against targets for neurodegenerative diseases with this novel approach, reinforcing our enthusiasm for its potential to deliver therapeutically efficacious levels of biologics to the brain and central nervous system,” Khwaja said in a statement. “We believe our continued work on discovery and design of novel AAV capsids with substantially improved blood-brain barrier penetrance will also considerably broaden the potential of AAV-based gene therapy, including vectorized antibodies or other biologics, for the treatment of severe neurological diseases.”

With the termination of the deal, valued at more than $1.2 billion, Voyager will retain fill rights to the vectorization technology and certain novel vectorized antibodies developed as part of the collaborations. Voyager is free to pursue vectorized antibody programs for tau and alpha-synuclein alone or in collaboration with another partner, the company said.

Voyager said it does not anticipate any changes to its guidance due to the termination of the agreement. As of March 31, the company had cash and cash equivalents of $250.9 million.