Vaccitech Confidentially Files for IPO in the US 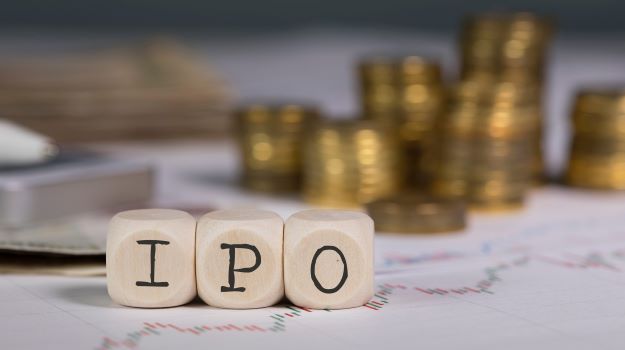 Oxford, U.K.-based Vaccitech reportedly filed confidentially in the U.S. for an initial public offering (IPO) on the Nasdaq. The company owns the technology used by AstraZeneca and the University of Oxford to develop their COVID-19 vaccine. At this time Vaccitech hasn’t priced its offering, although the report suggests they might sometime this month.

On March 18, Vaccitech dosed the first patient in its HPV001 Phase I/II trial. HPV001 is a randomized, placebo-controlled trial to test the safety and preliminary efficacy of VTP-200, its immunotherapy for high-risk human papillomavirus (HPV) infection and associated low-grade cervical intraepithelial neoplasia.

The trial will enroll 105 women with high-risk HPV infection. Sites are located across the U.K. and European Union.

“Nearly all global cases of cervical cancer are caused by HPV,” said Bill Enright, Vaccitech’s chief executive officer. “A non-invasive solution to clear HPV infection and the spectrum of diseases it causes is urgently needed. VTP-200 is designed for unprecedentedly broad coverage of HPV-infected patients. The HPV001 study will evaluate the therapeutic efficacy of VTP-200 and allow rapid progression into late-stage development if successful.”

Only a day earlier, on March 17, Vaccitech closed on a Series B financing round worth $168 million. The financing included $43 million in convertible loan notes the company had issued previously that converted into Series B shares. The round was led by M&G Investment Management, with additional participation from new investors including Tencent, Gilead Sciences, Monaco Constitutional Reserve Fund, and Future Planet Capital, as well as others. It was also supported by existing investors, including Oxford Sciences Innovation.

The proceeds will be used to support development of three infectious disease and immuno-oncology programs. They include a Phase I/II trial of VTP-300 in chronic hepatitis B (HBV). The first patient was dosed in February 2021. Another is the above-mentioned trial for VTP-200 in HPV. The third is a Phase I/II trial of VTP-850 in combination with a checkpoint inhibitor in patients with prostate cancer.

The company’s prime-boost platform combines modified simian adenoviral vectors, ChAdOx1 or ChAdOx2, in order to prime a targeted immune response with the Modified Vaccinia Ankara virus (MVA) to stimulate the targeted immune response against cells infected with a virus or cancer cells. Aside from the HBV, HPV and prostate cancer programs, the company’s pipeline includes treatments against MERS coronavirus, Herpes Zoster and cancer, including non-small cell lung cancer.

“Vaccitech is aiming to address serious global public health challenges in both infectious disease and cancer with their T-cell inducing immunotherapy platform,” said Jack Daniels, chief investment officer of M&G plc. “We believe their innovative approach, based on foundational research performed at the Jenner Institute at the University of Oxford, could provide a solution for many serious disease.”

There is a question, concerning the IPO, on whether the recent problems the AstraZeneca-Oxford COVID-19 vaccine has experienced globally with blood clots, will decrease investor enthusiasm for Vaccitech’s technology.

In mid-March, more than a dozen countries suspended deployment of the AstraZeneca-Oxford University vaccine after incidences of blood clots were reported. Per data received as of March 8, 17 million people in the European Union and United Kingdom had received the vaccine and there had been 15 cases of deep vein thrombosis and 22 cases of pulmonary embolism. Incidences were first reported in Denmark and Norway, who halted distribution, followed by Germany and France and other countries. Germany’s Health Minister Jens Spahn admitted it was a “very low risk” but would be above average if it was actually linked to the vaccine.

On March 14, AstraZeneca issued a statement, noting, “A careful review of all available safety data of more than 17 million people vaccinated in the European Union (EU) and UK with COVID-19 Vaccine AstraZeneca has shown no evidence of an increased risk of pulmonary embolism, deep vein thrombosis (DVT) or thrombocytopenia, in any defined age group, gender, batch or in any particular country.” In fact, the company pointed out, “This is much lower than would be expected to occur naturally in a general population of this size and is similar across other licensed COVID-19 vaccines.”

Although the data is not clear, the European Medicines Agency (EMA)’s head of vaccines, Marco Cavaleri, told Italy’s Il Messaggero newspaper that he believes there was a clear link between the AstraZeneca-Oxford COVID-19 vaccine and blood clots. “In my opinion,” Cavaleri said, “we can say it now, it is clear there is a link with the vaccine.” It’s not clear, however, what causes the blood clots. But Cavaleri may be one of only a few who believe the link is particularly clear.

The primary concern is over cases of cerebral venous sinus thrombosis (CVST), a rare vein clot that causes brain bleeds. Britain’s data suggests an incidence of about 1 in 500,000 vaccines. But there appear to be slightly higher rates in countries that began using the vaccine only among younger people. The EMA said it is investigation about 44 cases of rare brain clots and a minimum of 14 deaths among 9.2 million vaccinations in 30 countries in Europe.

Those numbers suggest 4.6 cases for every 1 million shots within a few weeks after vaccination. That’s generally higher than expected over a short period of time, experts note. According to Johns Hopkins, brain clots would normally affect about five people per 1 million over 12 months.

For the Pfizer vaccine, which is more broadly distributed in Europe than the AstraZeneca vaccine, there appears to be brain clots of about 0.2 per million after vaccine, and zero for the Moderna vaccine. The European numbers do not include Britain, or cases from other countries after March 22. Germany’s regulator reported 31 cases of unusual blood clots in 2.7 million people receiving the AstraZeneca vaccine as of March 29, nine of whom died.