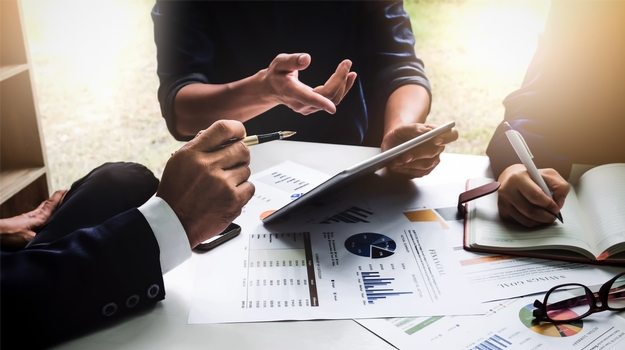 A report about Amsterdam-based uniQure indicated it is looking at various options, including a potential sale. As a result, company stock jumped as much as 10% in premarket trading.

UniQure focuses on gene therapy. On May 10, the company provided updates on its ongoing Phase IIb trial of AMT-061, an AAV5-based gene therapy for severe and moderately severe hemophilia B. Three patients with severe hemophilia were enrolled and received a single intravenous infusion of the therapy. Before receiving AMT-061, all three had low levels of pre-existing neutralizing antibodies to AAV5 (adeno-associated virus 5) but weren’t excluded from the trial. The patients will be followed for 52 weeks to assess Factor IX (FIX) activity, bleeding rates and use of FIX replacement therapy, then be monitored for five years.

At the update, all three patients showed increasing and sustained FIX levels after the one-time dose of the therapy, with two of the three having achieved FIX activity in the normal range.

AMT-061 is an AAV5 viral vector carrying a gene cassette with the company’s patented Padua variant of FIX (FIX-PADUA).

The company is working with advisers on deciding on various strategies moving forward, including a sale or partnerships.

To date, only a few gene therapies have been approved, but they typically carry extremely high price tags. For example, Cambridge, Mass.-based bluebird bio recently had its Zynteglo, a gene therapy for beta-thalassemia, approved in Europe. It will have a price tag of $1.8 million, spread out over five years and based on effectiveness. Novartis recently had its gene therapy for spinal muscular atrophy, Zolgensma, approved, and it has a $2.12 million price on a five-year installment plan.

Despite a relatively slow uptake of the therapies, there’s quite a bit of interest in the industry, and analysts at Cantor Fitzgerald said in February that UniQure “could be next,” and that it might attract the interest of the heavy-hitters in the industry, such as Novo Nordisk, Pfizer and Sanofi.

Acquisitions of smaller gene therapy companies is a bit of a trend. Earlier this year Biogen acquired Nightstar Therapeutics and Pfizer acquired a stake in Vivet Therapeutics. Roche bought Spark Therapeutics for $4.8 billion in February, and last year Novartis acquired AveXis for $8.7 billion.

UniQure developed Glybera, the first gene therapy approved in Europe. But, like many gene therapies, sales were disappointing. UniQure decided not to renew its marketing authorization in 2017. It was designed to treat hereditary lipoprotein lipase deficiency (LPLD), an ultra-rare disease.

This appears to be something of a trend for gene therapies. Although they are designed to cure diseases, which in the long-term usually makes them more affordable than lifelong treatments or paying for hospital stays and significant treatment and health expenses, healthcare, payers and the biopharma industry haven’t effectively dealt with how to pay for these expensive, one-shot treatments. There is an assumption, as well, that the treatments are one-shot cures, although the therapies are so new that long-term data is still limited.