Mysterious Biotech Unicorn Moderna Nabs Another $500M, Is Now Worth $7B 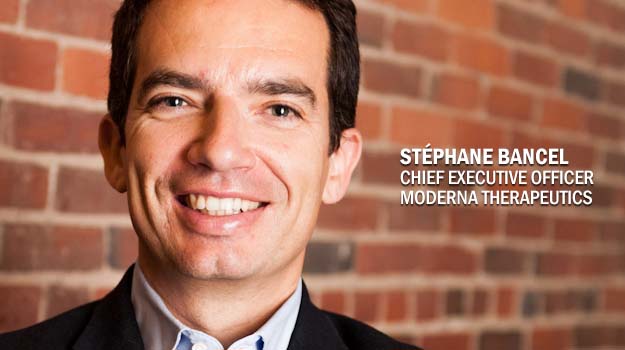 One can only hope that Moderna Therapeutics can live up to the hype, both scientifically and financially. The company announced that it has closed on its seventh private equity financing round worth $500 million. The company currently has $1.4 billion in cash as well as access to up to about $250 million in grants from the Bill & Melinda Gates Foundation, the Biomedical Advanced Research and Development Authority (BARDA), a division of the Office of the Assistant Secretary for Preparedness and Response (ASPR) within the U.S. Department of Health and Human Services (HHS), and the Defense Advanced Research Projects Agency (DARPA).

Moderna’s technology is based on messenger RNA (mRNA). mRNA’s job in the cells is to transport genetic information from DNA to the ribosome, providing the amino acid sequence of the eventual proteins the DNA is coded for. In Moderna’s tech platform, the company engineers mRNA to then deliver whatever protein codes they want the cells to produce, turning the cells into vaccine or drug-manufacturing plans.

Matthew Herper, writing for Forbes, notes, “There have been hiccups in getting these drugs into cells, and questions about which delivery systems Moderna owns. But some of the company’s work, particularly in vaccines, has looked exciting. During an interview at the J.P. Morgan Healthcare Conference last month, Merck’s head of research and development called his company’s work with Moderna ‘quite exciting.’”

The company, which has no commercial products on the market, has 19 therapies in development, 10 of which are in human clinical trials.

Many companies in need of that much cash would go public. Herper writes, “Stephane Bancel, Moderna’s chief executive officer, said in an interview that the company chose to raise money privately, not publicly, because it has only presented human data in two of the many different areas in which it’s working—vaccines and localized use of its drugs. He wants to have more data from clinical trials.”

With $1.4 billion in cash, the company has a valuation of around $7 billion, although some sources have placed it at $8 billion. The company’s executive team told Endpoints News that it expects to spend $450 million this year, and that the cash gives it a 3-year runway.

“We always like to have several years of capital,” Bancel told Endpoints News. “And we want to keep on expanding the investor base.”

Nonetheless, the company’s executives are thinking about an initial public offering (IPO) and making plans. The company’s chief financial officer, Lorence Kim, told Endpoints News, “We’re not prepared to go there. With this capital, we will now look at the advancement of our programs through and in the clinic. We are beginning the process of preparing and evaluating the costs and infrastructure of being public.”

A question—a big question—is whether the science can live up to the potential. And with a $7 billion valuation, whether Moderna is a bubble likely to burst when it can’t live up to expectations.

Endpoints News writes, “Love them or hate them, though, Moderna is playing for all the marbles, and this latest $500 million raise and multibillion-dollar valuation speaks to their success in getting some well-heeled backers to go very deep, and very long, in giving them the funds to go all the way.”