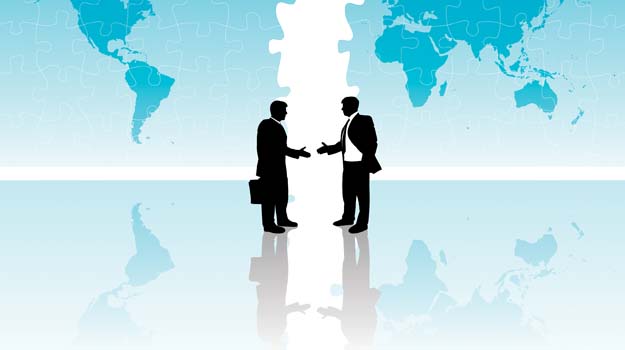 Many investors and analysts expect that the changes to the corporate tax code will lead to increased merger and acquisition activity in 2018. The two biggest changes are a decrease in the overall corporate tax to about 20 percent and allowing companies to repatriate cash from overseas at a one-time rate of 12 percent. It also allows for a one-time rate of five percent on non-cash repatriated.

There are numerous other factors involved in hot merger-and-acquisition years, including slow economies, low demand and low debt financing rates. And, in fact, easy access to loans was generally viewed as one of the biggest factors of the red-hot M&A biopharma market in 2015 and 2016.

Todd Campbell, writing for The Motley Fool, looks at five biotech companies he thinks will be hot takeover targets if the tax changes actually lead to increased mergers and acquisitions.

Headquartered in South San Francisco, Portola develops and commercializes therapies for thrombosis and other hematologic diseases. The company’s Bevyxxa was approved by the U.S. Food and Drug Administration (FDA) as a factor Xa anticoagulant, and if sales are as strong as analysts predict, the company would be a tasty takeover target.

Campbell writes, “An acquirer might also emerge if the FDA OK’s Portola Pharmaceuticals’ AndexXa this year. AndexXa has a shot at becoming the first FDA-approved drug specifically designed to reverse the anticoagulation effect of factor Xa drugs, including Bevyxxa, Johnson & Johnson’s Xarelto, and Bristol-Myers Squibb and Pfizer’s Eliquis.”

Based in Waltham, Mass., Tesaro focuses on oncology. The company’s two products are Varubi, to treat and prevent nausea caused by chemotherapy, and Zejula, to treat ovarian cancer. The FDA approved an IV formulation of Varubi, which has allowed Tesaro’s product to eat into Merck’s sales of Emend.

“Zejula’s market opportunity could be even bigger, though,” writes Campbell. “In less than a year, it’s already become the most widely prescribed PARP inhibitor used to prevent cancer cells from using the PARP enzyme to repair themselves. As a result, Tesaro expects to report sales of between $40 million and $50 million for Q4 2017.”

And that’s likely to be just the beginning. The company also has three monoclonal antibodies in clinical trials that show promise for various cancer treatments.

Located in Cambridge, Mass., bluebird bio is gene therapy company that’s on the cusp of shifting from a clinical-stage company to a commercial-stage company. At the J.P. Morgan Healthcare Conference last week, it received a great deal of attention, especially from an announcement that it expected to file three applications for regulatory approval by the end of 2019. Its top candidates are LentiGlobin for beta thalassemia, which it expects to submit to the European Medicines Agency (EMA) this year. Another is Lenti-D for cerebral adrenoleukodystrophy (CALD) and the other is a CAR-T therapy, bb22121, in multiple myeloma (MM). It expects to file for approval with those two in 2019.

Headquartered in Ann Arbor, Michigan, Esperion focuses on developing treatments for high cholesterol. The company’s bempedoic acid was evaluated in Phase II trials with Pfizer’s Lipitor, and showed in combination it could cut bad cholesterol by another 20 percent. Data from a Phase III trial is expected this year and if the results are positive, will lead to an FDA filing shortly afterwards.

Campbell writes, “In my opinion, at least three companies could be intrigued enough to buy Experion Therapeutics: Pfizer, Regeneron, and Amgen. Pfizer commercialized Lipitor, and it’s familiar with Esperion’s management because Esperion Therapeutics’ founder, Roger Newton, spearheaded Lipitor’s development. Regeneron and Amgen could also be interested because each of them already markets another class of cholesterol-lowering drug called a PCSK9 inhibitor. Because they’ve already invested a lot of money building out their PCSK9 sales teams, bolting on bempedoic acid could make sense.”

Based in Rockville, Maryland, GlycoMimetics focuses on using glycobiology technology to treat diseases such as sickle cell, cancer and others. Its GMI-1271 had positive mid-stage trial data in AML patients as an adjunct to MEC chemotherapy. It also seemed to show possible efficacy in older, newly diagnosed AML patients.

Campbell writes, “What could make GMI-1271 more intriguing, though, is it may make it easier for patients to tolerate chemotherapy. Usually, adding drugs to chemotherapy increases toxicity, but that doesn’t appear the case for GMI-1271.”