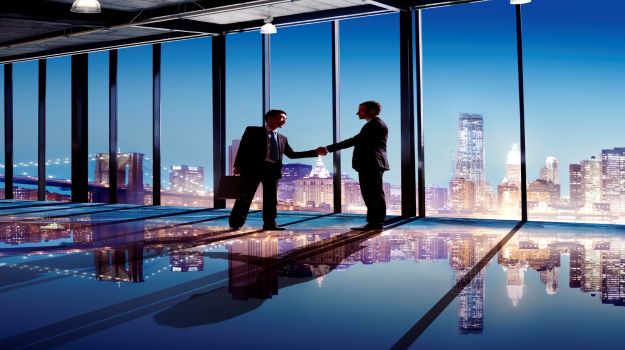 Theravance Biopharma may have found a creative solution to its recent struggles. On Wednesday, top biopharma funder Royalty Pharma announced that it has agreed to purchase royalty interest in the inhaler drug Trelegy Ellipta from Theravance and Innoviva.

The acquisition, expected to close within 10 business days, involves a $1.31 billion upfront cash payment and up to $300 million in milestones. Under the terms of the deal, Theravance and Innoviva are surrendering 85% and 15% of their stakes in Trelegy in exchange for $1.1 billion and $282 million from Royalty, respectively.

Marketed by industry giant GlaxoSmithKline, Trelegy is the combination of an inhaled corticosteroid and the bronchodilators umeclidinium and vilanterol loaded into a single inhaler device. It is designed to be taken once a day and is approved for the long-term maintenance management of chronic obstructive pulmonary disease (COPD) and asthma in adults. Last year, Trelegy raked in more than $1.5 billion in sales.

"We are excited to acquire this royalty from Theravance and Innoviva," Pablo Legorreta, founder and chief executive officer of Royalty Pharma said in a statement. "Trelegy is the leading triple combination therapy for COPD and asthma and adds another important, rapidly growing blockbuster therapy to our royalty portfolio."

A Creative Solution to Theravance's Woes

Concurrent with the Trelegy buyout, Theravance is also selling 85% of its economic interest in its limited liability company Theravance Respiratory Company to Royalty. Liquidating these assets will help Theravance pay off its debts and return capital to shareholders, after which it expects to still have $430 million on a clean balance sheet.

Thanks to the Royalty deal, Theravance is projecting to approach a breakeven cash flow in the latter half of its year even without royalties from Trelegy, instead relying only on the growth of its chronic obstructive pulmonary disease (COPD) drug Yupelri and disciplined R&D spending.

It has been a tough year for Theravance. The company tried its luck in the COVID-19 space, but in June last year, announced that its candidate nezulcitinib failed its Phase II assessment, showing that it was no better than placebo at improving the number of respiratory failure-free days in patients with coronavirus-induced acute lung injury. The company continued its losing streak in August, when its oral candidate izencitinib also flopped its Phase IIb trial in ulcerative colitis, leading to a falling-out with pharma powerhouse Janssen.

Just a month later, in September, Theravance's cardiac drug candidate ampreloxetine delivered a big Phase III disappointment when it failed to meet its primary endpoint in the treatment of symptomatic neurogenic orthostatic hypotension (nOH). This forced the company to slash its headcount by 75%. Results from secondary nOH studies continued to return mixed findings for ampreloxetine.

But Theravance plans on turning ampreloxetine's luck around with the Royalty Pharma deal. Aside from buying Trelegy, Royalty is also betting $40 million on ampreloxetine; of this amount, $25 million will be paid in upfront cash, while the remaining $15 million will roll in when the candidate gets its first regulatory nod.

"This transaction highlights our ability to provide capital at scale and structure creative funding solutions, allowing Theravance to pursue important strategic initiatives, including the advancement of their internally-discovered, late-stage therapeutic ampreloxetine," Legorreta said.