The Mess That Is Peer Review, and What Should Be Done About It 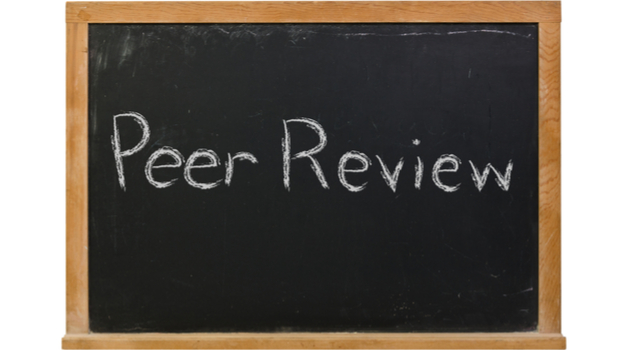 Peer review has a long history behind it, and it has since become synonymous with the scientific method. Ever since its original inception in the 18th century, the peer review process has undergone many changes in its evolution to what it is now. In fact, peer review started as a method of helping editors choose manuscripts rather than a vetting process for studies. Over time, more and more journals started to see the potential benefits of using peer review to validate research findings, and this eventually became the default process for most journals by the middle of the 20th century.

However, despite the fact that it is now the de facto method of evaluation for scientific research, it does have its fair share of problems, as well as quite a few critics who believe it needs to be changed or even thrown out altogether.

The importance of peer review

Peer review is the process of subjecting research, or other scholarly work, to close examination by others in the same field as the study in question. These peers help determine whether or not the study should be published, if it needs to be revised, or if it should just be completely rejected.

Before most journals started using peer review as part of their acceptance process, the decision to accept or reject a piece of work was generally done solely by the editor-in-chief. However, since the editor-in-chief had the final, and often only, say on the matter, there was considerably less scrutiny placed on any research that was being submitted. This meant that it was easier for flawed research to be accepted to scientific journals for publication.

Despite its obvious benefits, the peer review method is not without its flaws. There have been quite a few issues with people committing peer review fraud over the years, and this is far from the only problem with peer review. In fact, there are numerous flaws, and as such, peer review has garnered a lot of criticism.

Interestingly enough, peer review itself hasn’t received much testing as to its efficacy, and so those that adhere to it do so out of the belief that it works as it should rather than any sort of empirical evidence thereof.

One pretty significant problem with peer review is that it may be prone to bias from the reviewers. Not only are women greatly underrepresented in the peer review process, but reviewers are much more likely to have a preference to work done by those that are the same gender as themselves. This is obviously a serious issue, especially when science already has a problem with sexism.

As if being subjected to fraud and biased reviewers wasn’t enough, some suggest that peer review might actually be stifling scientific advancement by rejecting valuable and impactful research.

Despite the many flaws within the peer review system, throwing it out completely probably wouldn’t be the best approach. At least, not until there are acceptable alternative methods that have been proven to work better. Instead, the focus should be put on improving what is already there and working to rid peer review of its flaws.

With that said, many improvements have already been suggested, and very few have shown any positive results. Neither blinding reviewers to limit biases nor training reviewers seemed to have any sort of improvement on the process.

However, there is one method that aims to improve the entire process as a whole. This approach would require that researchers post their work online before they submit it to journals. The idea behind this sort of open review is that it would allow for more eyes on the study in question and, thus, extra scrutiny even before undergoing traditional peer review. Furthermore, this method could potentially help reduce biased decisions as it would allow for anyone, regardless of their gender, race, sexual orientation, etc., to comment on the research and add their criticisms.

It will no doubt end up being a long and arduous process in order to improve the peer review system, especially when so many attempts have already failed to show any promising results. Such an endeavor as improving a system as old as peer review will most likely require thinking outside the box. But, despite all of the time and effort that will be required, it will be more than worth it to have a better, and fairer, process for all involved.