The Ebola Vaccine: A Cautionary Tale 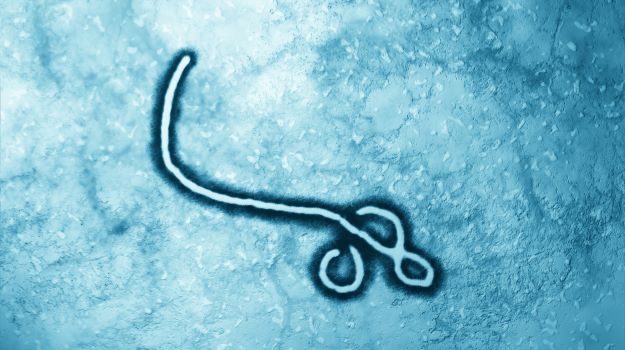 Intellectual property. It controls the written word, the musical world and every work of art. It also controls science and medical innovation. Will it control our response to the next pandemic too?

The first vaccine for Ebola, Merck’s rVSV-ZEBOV (Ervebo), was given the green light by the U.S. Food and Drug Administration (FDA) in December 2019.

After a winding 20-year odyssey that began at Canada’s National Microbiology Laboratory in Winnipeg, Manitoba, Ervebo was licensed by Iowa State University start-up BioProtection Systems Inc. (BPS), now Lumos Pharma, and went through early manufacturing at IDT Biologika GmbH in Germany before its development was finally accelerated when the West African Ebola crisis struck in 2014.

Why the 20-year trek to commercialization?

“The problem is, there’s no commercial interest in some of these diseases. Ebola is not unique in suffering from what is essentially a market failure we see for a lot of what are called neglected tropical diseases,” said Jason Nickerson, Humanitarian Affairs Advisor at Doctors Without Borders/Médecins Sans Frontières (MSF) Canada.

“There are quite literally a billion people on the planet who are at risk of developing these diseases or who have them, but most of them live in developing countries that are not viewed as being profitable by a profit-oriented pharmaceutical industry,” he said. “Ebola fell into that category until the world was afraid for its own security interests in 2014. There’s just a failure of the model of drug development for these kinds of diseases.”

Against this backdrop, exactly what was the value proposition for BPS? According to Professor Matthew Herder, Director of the Health Law Institute, Schulich School of Law at Dalhousie University, the draw was the funds the IP could net them from the U.S. government for a bioterrorism contract.

“My theory is that they were interested in getting access to the patent because then they could use that as part of their argument for more funding from the government, to basically exist. The company didn’t actually do anything with the IP that they came to control. All of the scientific work continued in Winnipeg, so it was kind of like, what’s the point of this deal at all?” said Herder, who used Canada's Access to Information Act to obtain hundreds of documents to track the development of the vaccine.

Herder found that of the promises BPS made during the negotiation process, which included manufacturing and experimentation assistance, the company only fulfilled one, in soliciting technical advice from the FDA.

“We came down pretty hard on this company in terms of what value add. They got the worldwide license to use this vaccine and in turn got tens of millions of dollars from Merck because they controlled the IP, and they got even more money from the U.S. government because they controlled the IP. We show in the paper that they got well over $100 million from the Department of Health and Human Services [HHS],” he said.

In a paper published in the Journal of Law and the Biosciences, Herder Et. al. argue that this case challenges the assumption of university labs doing the discovery and preclinical work before relinquishing the IP to a more solvent pharmaceutical company for the challenging downstream development work.

“For me, the structural intervention became about rethinking how we support public sector science. What the Ebola vaccine story shows is that a lot of that downstream work was done by the public sector as well,” he said. “They give away the control of it, the IP, even though the work is really being done by the precariously employed public sector lab in Winnipeg, and this one scientist in particular.”

The name of the scientist was Judie Alimonti, a researcher working on contract at the NML. The documents Herder obtained show that the vaccine project was very nearly abandoned in 2010 for lack of funding, until Alimonti offered to take over the file.

Herder explained that this unsung hero not only shepherded the vaccine to the finish line, but took part in a lot of the downstream development work herself.

“The company in Germany was running into big problems in manufacturing this, and someone from the lab in Winnipeg went over there to help them. Judy, you can see it in the records, she had the technical knowledge required. She problem solved a ton of it,” he said.

The story of how the Ervebo came to be is not just an account of a broken contract, but also a cautionary tale.

In 2018, the World Health Organization (WHO) published a list of infectious diseases that pose the most serious threat to public health. Among the top five are the Ebola virus, Crimean-Congo haemorrhagic fever, and Lassa Fever, three diseases that originate predominantly in developing nations. All three also feature prominently on Gavi, The Vaccine Alliance’s list of 10 infectious diseases that could be the next pandemic.

“We’ve known for decades about coronaviruses. There was tons of money in research for some therapeutic candidates ready. Did anyone pick them up? Hardly at all before this. It’s not actually a deep critique of industry as evil; they’re responding to the incentives that work in light of their commitments to shareholders,” Herder said. “They have to, it’s the logical thing to do. So, I think we should be playing with these alternative approaches for health problems that aren’t – cancer.”

Of course, the private sector will need funding to take on more of the downstream development required for innovative vaccines and treatments.

“There’s probably very clearly a role for the public sector and the not-for-profit sector to be taking the reins on an alternative model of research and development,” Nickerson said. “It requires either public funding to directly support clinical trials, or charitable philanthropic funding to support the clinical trials. It’s just not a viable path to consider commercialization as being a strong enough incentive for these things to get developed.”

From Herder’s perspective, the diseases on the WHO and Gavi lists are the perfect place to begin experimenting with different public-private IP models.