The Digital Revolution: Digital Therapeutics, Drug Discovery and Beyond 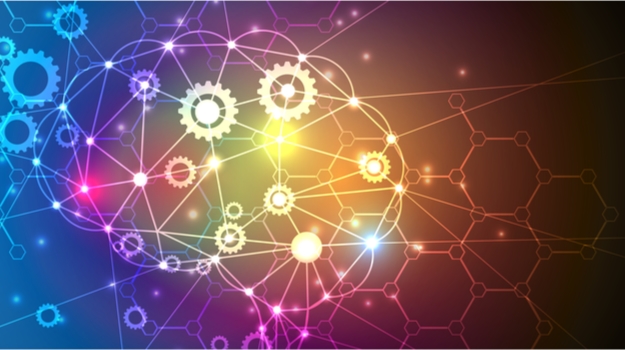 Over the last few years, there has appeared to be big interest on the part of biopharma in leveraging artificial intelligence (AI) and machine learning to improve trial design and speed up drug development. Another related category is digital therapeutics (DTx), which the Digital Therapeutics Alliance says, “deliver evidence-based therapeutic interventions to patients that are driven by high quality software programs to prevent, manage or treat a broad spectrum of physical, mental and behavioral conditions.”

Digital health, the Alliance says, “describes all technologies that engage patients for health-related purposes; as such, it encompasses a wide range of products used across the wellness and healthcare industries.”

Digital therapeutics, on the other hand, is “distinguished from other digital health categories through their primary function of delivering software-generated therapeutic interventions directly to patients to prevent, manage, or treat a medical disorder or disease.”

All of it appears to be part of what some are calling the digital revolution in healthcare or biopharma.

As part of all these deals, Pear bought two clinical-stage digital therapeutics from Firsthand Technology to treat acute and chronic pain. The devices provide “virtual reality pain relief” via distraction, active physical engagement, mindfulness and biofeedback using wearable sensors. In a clinical trial the treatment showed a decrease in pain of more than 30%.

In the deal with the Karolinska Institute, Pear licensed content for a clinical-stage digital therapeutic in patients with irritable bowel syndrome (BS). The product leverages cognitive behavioral therapy (CBT) and other methods to treat IBS. The two organizations plan to develop PDT products for other gastrointestinal and autoimmune disorders.

From Winterlight Labs, Pear licensed machine learning-based voice digital biomarkers. The technology is designed to be used in Alzheimer’s, depression, insomnia, schizophrenia, opioid use disorder, and substance use disorder.

And finally, Pear is collaborating with NeuroLex Laboratories to accumulate structured voice data in depressed and healthy patients. Neurolex’s SurveyLex is a technology platform that creates and distributes voice surveys. Pear plans to develop a library of real-world data that can be used to improve the efficiency of its PDTs.

“The field of digital health is evolving rapidly, and PDTs are going to increasingly play a big part because they are designed to allow doctors to treat disease in combination with drug products more effectively than with drugs alone,” said Alex Pentland, an MIT professor and expert in voice analytics. “For PDTs to make their mark in healthcare, they will need to continually evolve. Machine learning and voice biomarker algorithms are key to guide that evolution and personalization.”

There is an argument that different healthcare stakeholders benefit in slightly different ways from digital therapeutics.

• Payers will benefit from “improved population-level clinical and economic outcomes through increased engagement and lowered cost of care.” It should also increase access to care for difficult-to-treat chronic conditions.

• Providers can leverage digital therapeutics to offer care outside the traditional care setting. It should also improve patient engagement and allow healthcare providers the ability to integrate health and wellness data into care management.

• Pharma has the ability to partner with DTx products along with existing therapeutics, which can drive improved efficacy via better medical adherence and the capture of real-world evidence.

Mark Foley, writing in August 2019 for Triple Tree and TT Capital Partners on digital therapeutic trends, said, “While the development of the Digital Therapeutics space is still relatively early, initial indications are positive. The FDA has recently validated a streamlined review process for Software as a Medical Device (SaMD), and consumers are more likely than ever to utilize digital tools in conjunction with, or in lieu of, traditional therapies.”

It should be noted that the use of AI and machine learning for drug development and clinical trials is different than digital health and digital therapeutics, even though they utilize many of the same technologies.

A recent market report by Signify Research found that venture capital investment for AI in drug development and clinical trials had reached $5.2 billion, although it pointed to investments slowing down in 2019 with only four new companies being formed. “Any new start-ups will have to prove themselves able to compete against well-funded first-generation vendors, and existing vendors are under pressure to demonstrate results,” wrote Ulrick Kristensen, senior market analyst with Signify.

For the most part, AI is being used in three areas: information synthesis, drug design, and clinical trials.

Consulting firm EY released its annual report on mergers and acquisitions (M&A) in the first week of January. There was also some surprise on the part of the EY report on a lack of deals around digital technologies, with most drug companies instead choosing partnerships instead of acquisitions to bolster their data analysis and artificial intelligence capabilities. Of note were partnerships between Novartis and Microsoft and Gilead and Glympse Bio.

There were other deals, often investments. New York-based One Drop, a company focused on digital solutions for managing diabetes and other diseases, closed on a $40 million Series B financing led by Bayer. The two companies also inked a commercial licensing deal for Bayer to use One Drop’s platform in Bayer’s worldwide bio-digital efforts in oncology, cardiovascular disease, and women’s health.

One Drop’s artificial intelligence-powered platform is recognized by the American Diabetes Association. Via the licensing deal, Bayer will use One Drop’s data science and predictive capabilities and leverage its mobile platform. Also as part of the deal, Stefan Oelrich, president of Bayer Pharmaceuticals, joins One Drop’s board of directors.

The One Drop app supports HealthKit, CareKit, Health Records, and Siri Shortcuts on the iPhone, and Google Fit on Android. It also integrates directly with Fitbit and Dexcom on both iPhone and Android platforms.

In addition to being able to better track and manage blood glucose levels, healthcare professionals and caregivers, with permission from the patient, can automatically track glucose monitoring and insulin dosing data in a single location. This should be one less thing for diabetic patients to manage, while helping healthcare professionals better work with the patients on managing blood sugar levels and increase Time in Range (TIR), which is the amount of time diabetics spend in the optimal glycemic range of 70 to 180 mg/dL.

And Sanofi and Abbott partnered to integrate Abbott’s FreeStyle Libre mobile app and cloud software with Sanofi’s connected insulin pens, apps and cloud software that are in development. Abbott’s FreeStyle Libre reads glucose levels through a sensor worn on the back of the upper arm, which eliminates the need for fingersticks. The app lets users capture and review real-time glucose levels, an eight-hour glucose history, and how their blood sugar levels are changing, all on a smartphone. LibreView is a secure cloud-based diabetes management system that allows caregivers and healthcare professionals reports from the system.

Safety, Regulation and Beyond

Much of what is happening here is biopharma and medical device companies are catching up to the rest of the world in terms of leveraging digital technologies—in drug development, for health devices, and increasingly in the areas of pharmacovigilance and regulation.

In a recent interview with BioSpace, Joe Rymsza, vice president of Pharmacovigilance and Regulatory Technology Solutions for IQVIA, said digital transformation is a buzzword across life science companies, but usually that has revolved around commercial and clinical activities. “But now they are turning their attention to safety and regulations, and asking, Why aren’t we using commonly accepted processes like natural language processes and automatic ingestion of documents from regulatory affairs, move them in, prep them to learn basic ingestion into the system and begin to automate some of the analysis?”

It's entirely possible that what is now being seen as a digital transformation in so many areas, will in time merely become a standard set of tools used in all areas of the life sciences, from drug discovery and development, regulation and actual therapeutic devices.