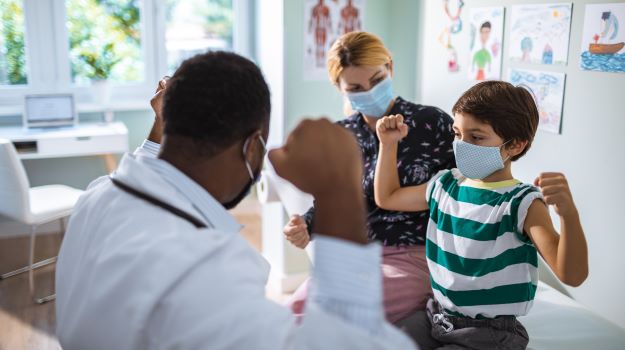 While some companies, including Gilead and Fresenius Medical Care, are taking steps to correct it, other diseases languish in limbo as new treatments remain stalled.

BioSpace takes a look at a sampling of diseases that disproportionately affect people of color, and how the biopharmaceutical world is making inroads to improve treatment.

Of all diseases that disproportionately affect people of color, sickle cell disease (SCD) is usually the first that comes to mind. However, the disease, which affects around 100,000 people in the United States, can manifest in anyone.

Sickle cell disease is an inherited blood disorder where a genetic mutation causes red blood cells to form in a sickle shape instead of the typical C-shape. Thanks to this, the red blood cells are unable to move properly through blood vessels. This blocks oxygen flow to the body, causing anemia, jaundice and extreme pain. There is no known cure and, without proper treatment, it can be fatal.

Despite this, research and development for treatment (and a possible cure) has been noticeably slower than for other diseases. Not only that, but those with sickle cell disease also often face roadblocks to treatment. In both cases, systemic racism is considered a reason for blame.

In their November 2020 essay, published in the New England Journal of Medicine, Drs. Alexandra Power-Hays and Patrick T. McGann (M.D.) stated, “Unfortunately, the social construct of race in America requires the majority of patients with (sickle cell disease) not only to face the consequences of a serious health condition but also to navigate a society in which the color of their skin is often an unfair disadvantage.”

Dr. Frederick Locke, M.D. of the Moffitt Cancer Center in Tampa Bay, Florida, acknowledges there is more work for the medical community to do. “As researchers, we need to figure out why there's this disparity… there's a critical question that really deserves specialized attention,” he said.

In a post-authorization retrospective, real-world analysis of Yescarta, Kite (Gilead)’s CAR T-cell therapy for relapsed or refractory large B-cell lymphoma (LBCL), the drug demonstrated a 12-month overall survival (OS) rate of 62% among Black or African American patients, 65% among Asians and 65% among those who identified as Hispanic or Latino. White patients had an OS of 63% after one year.

In an interview with BioSpace, Locke, the lead study author, highlighted a serious discrepancy in the diagnosis and administration of Yescarta. While LBCL targets people of all ethnicities, preliminary findings noted that people of color faced a longer wait time from diagnosis to their first infusion of the treatment.

Significantly, he noted, “The other interesting thing we found is that this percentage is very similar to what we see on a lot of public clinical trials, which is that the percentage of patients who are Black or African American are lower than we expect for these patients with this disease.”

Locke also said that socioeconomic factors were likely at play, asserting, “The system isn’t set up for all patients, particularly those who are underinsured or uninsured.” He acknowledged that more needs to be done by the medical community to address the discrepancy in access to lifesaving healthcare for people of color.

Locke recalled an incident at a recent conference where he presented data on racial discrepancies. While the room was full for discussions on drugs awaiting approval, “That room was probably about 25% full by the time we got to the presentation talking about race and ethnicity,” he said.

As co-leader of the immune-oncology program at Moffit, Locke took note of the steps the center has taken to reduce the discrepancies. “We have a community outreach and engagement program that focuses on diversity, equity and inclusion,” he explained. “It’s focused on getting out into communities, [getting] every community into our center and being part of the conversation and decision-making process when it comes to research.”

Locke made it clear this should only be seen as the beginning. “I think that we, as a medical community and government and political community, need to place a higher priority.”

To combat this racial discrepancy, many pharmaceutical companies are now trying to level the playing field at the source. At least one company is aiming to do just that with chronic kidney disease (CKD).

CKD and end-stage renal disease (ESRD) involve the gradual loss of kidney function. If the disease progresses to kidney failure, only regular dialysis or a kidney transplant will prevent death.

While both CKD and ESRD affect people of color nearly three times more than white people, research into the disease has been low. In a statement, Dr. Amaka Eneanya, M.D., head of strategy and operations for Fresenius Medical Care’s global medical office said, “Unfortunately, kidney disease has historically been underrepresented in clinical research compared to other areas of medicine, and over the last 15 years, CKD has only made up a small percentage of clinical trials.”

Fresenius Medical Care is hoping to correct that discrepancy with a new genomic registry of all of its kidney disease patients. The registry, promoted by Fresenius’ “My Reason” campaign, hopes to have 100,000 patients enrolled in the next five years.

The registry is open to CKD patients of all backgrounds and will hopefully unlock genetic causes of the disease that have previously gone unnoticed. Since CKD disproportionately affects people of color, the registry should reveal greater data and information than in previous studies.

More importantly, the registry eclipses many of the barriers people of color have faced to getting treatment. All a patient needs to do is agree to enroll in the registry, with no extra steps, doctor visits or time off work necessary.

“Rapid progress is needed, and research should focus on identifying and intervening on factors that drive health inequities including discrimination and disparate social determinants of health,” Eneanya added. “We aspire to ultimately have more precise diagnoses, therapies and improved outcomes for vulnerable individuals with kidney disease.”

While there has been a lag in research into diseases that disproportionately affect people of color, the medical community is now realizing and reacting to the need to resolve the issue. National genomic registries and community outreach programs will hopefully bring the beginning of change to the discrepancies that have plagued the medical world, ushering in greater medical equality for all.