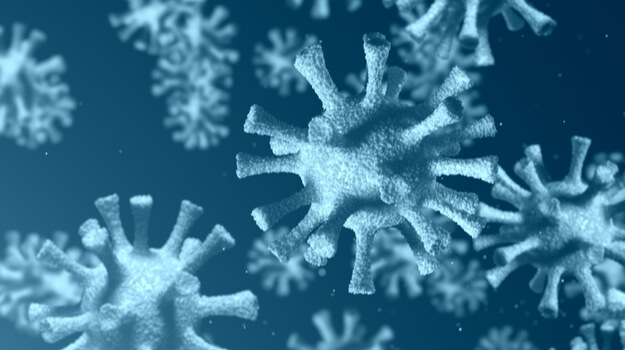 Shortly before COVID-19 patients’ conditions advance from moderate to severe, their levels of type I interferon (IFN) are present in the bloodstream drop. Because IFN is essential for antiviral immunity, its levels may serve as biomarkers that could allow physicians to begin more aggressive treatments before the situation becomes critical. It also offers the possibility of preventing disease progression by administering IFN therapy, according to a report in Science.

The simultaneous appearance of poor anti-viral immune responses and strong inflammatory responses in some patients with acute viral infections was quite surprising, one of the paper’s contributors, Darragh Duffy, Ph.D., immunologist, Institut Pasteur, told BioSpace.

After studying 50 COVID-19 patients with various levels of disease severity and 18 healthy controls, he and a total of 30 researchers from the Université de Paris, Institut Pasteur, Sorbonne Université and other notable institutions found that low levels of IFN, including IFN-α2 and IFN-β, occur before patients enter the critical stage of COVID-19.

“We saw lower levels in patients who went on to develop critical disease. Patient numbers in this group were low, however, so that finding needs replication,” Duffy stressed.

In the most severe cases, there was no detectable circulating IFN-β. In COVID-19 patients, inflammation was characterized by “increased tumor necrosis factor (TNF)-α and interleukin (IL)-6 production and signaling,” the paper reported. In contrast, the IFN response was high in mild-to-moderate patients.

This also means that by monitoring IFN in patients, physicians may be able to identify patients who are about to take a turn for the worse.

“The tests exist but need to be qualified and validated for clinical use,” Duffy said. “Our study wasn’t designed to address how far in advance the serious symptoms associated with IFN can be detected but, with advanced warning, you could more closely monitor patients at risk of developing severe disease.”

This research suggests that an IFN deficiency could be a hallmark of a severe stage of COVID-19 and could, therefore, provide the rationale for combined therapeutic approaches.

In reaching these conclusions, blood-based biomarkers were key. The team used the Simoa platform by Quanterix to quantify and profile relevant markers – notably IFN – in COVID-19 patients.

IFN-α is present in the blood at very low levels. “It would have been impossible to detect, much less, quantify, without the ultra-sensitivity of Simoa,” said Kevin Hrusovsky, CEO of Quanterix, and founder of Powering Precision Health, a nonprofit organization advancing research at the intersection of biomarker technology and healthcare.

“Simoa is 1,000 times more sensitive than competing platforms. Such sensitivity enabled the research team to “sample patients via simple blood draws rather than more invasive approaches, and allowed them to demonstrate the feasibility of actually applying such a test in clinical settings,” Hrusovsky said.

If a therapy emerges based on these findings, it would, ideally, be administered to hospitalized patients just before they advance from moderate to severe disease. For context, “Approximately 20% of people with COVID-19 experience severe symptoms as a result of cytokine storms,” Hrusovsky added.

“While the team’s findings are preliminary, they demonstrate the utility of testing for the IFN-α response in the blood in the clinical setting. Healthcare workers could test for this and other inflammatory markers through blood tests upon admittance, identifying whether the patient is at a high risk of an immune reaction and, during their inpatient care, monitoring their response to the treatment,” he continued.

“IFN is implicated in multiple diseases (both infection and autoimmunity) so it may have broader implications, but it is still too early to say,” Duffy added. The next step, he said, is to “confirm these observations with kinetic sampling, larger studies, and pre/post-treatment, which will – hopefully – provide strategies for clinical use.”

“Although COVID-19 has made headlines, it is not altogether unprecedented (as a disease),” Hrusovsky said. “It bears many similarities to viruses like SARS and MERS, which also are associated with respiratory complications. The bodies of research surrounding those viruses have been instrumental to this pandemic. They have provided us with an important starting point and source of comparison data. Similarly, this and the hundreds of other research studies being conducted around COVID-19 will be critical in the future, when we face the next viral threat. Because of work by PPH members like Dr. Duffy, we have even more knowledge in our collective arsenal to refer to in the years ahead.”