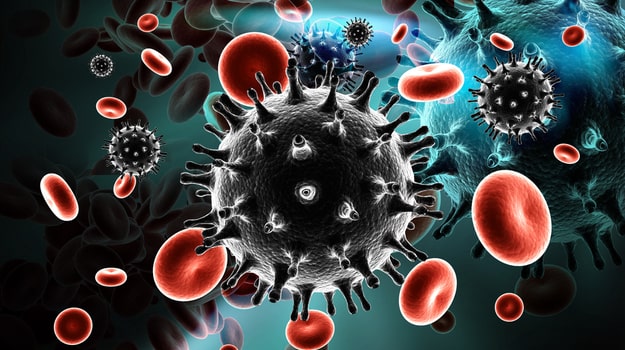 Treatments for HIV are poised for another breakthrough. Researchers at Washington University in St. Louis (WUSTL) have discovered a way to eradicate dormant HIV virus within the cells, before it becomes active.

The study, published in the journal Science on February 4, describes an approach that attacks the virus based on its behavior rather than its appearance. The work is based upon a study of human immune cells, which showed that those cells have a natural alarm system that detects the activity of a specific HIV protein. Thus, as the virus engages in the behaviors it needs to exist, it triggers alarms in the immune cells. Soon, the virus ceases to exist.

Basically, researchers used non-nucleoside reverse transcriptase inhibitor (NNRTI) – specifically, efavirenza, developed as Sustiva by Briston Meyers Squibb and approved by the FDA in 1998 – to activate the caspase recruitment domain-containing protein 8 (CARD8) inflammasome while the HIV virus is in the cells. This triggered the pyroptosis – an inflammatory form of programmed cell death – of the HIV-infected cell and cleared the virus.

Senior author Liang Shan, Ph.D., an assistant professor of medicine and colleagues showed two key things in their work: that the immune system could sense the functions – including highly immutable viral enzymatic activities – of an essential HIV-1 protein, and that it could kill the target cells by a means other than apoptosis. This suggests the approach may be a promising alternative to current therapies, which prevent viral replication but do not eradicate the HIV virus.

Therapeutics face several challenges. The host cells that are persistently infected with HIV-1 long-lived, and they also are resistant to virus- and immune-mediated apoptotic cell death, the paper explained. They also have an unusually fast mutation rate, changing their appearance faster than the immune system can keep up, thus evading the immune response.

The researchers likened the HIV virus to a spy changing clothes and hairstyles to evade authorities. Changing appearance helps the spy – and the virus – blend into the background. For those trying to identify either, focusing on behavior – running through a crowd, for instance – rather than appearance makes both the spy and the virus easier to locate.

“When we identified a part of the immune system that could recognize and attack a core function of the HIV virus — rather than what it looks like — it was really exciting,” Shan said in a statement. “This is exciting because it raises the possibility of clearing all the dormant virus in a single patient — no matter how widely mutated — based on something all the viral variants have in common. For patients, even if they are consistent with therapy and experience no symptoms, having a treatment that could change their HIV status from positive to negative would have a massive impact on their lives.”

Shan and colleagues identified the CARD8 inflammasome as a natural alarm system inside human immune cells.

“We found that our immune system can recognize this key protein function — not the protein sequence, which the virus changes constantly through mutation,” Shan said. “HIV protease can’t mutate because its function is required to complete the virus’s life cycle. Otherwise, it’s a dead virus. HIV protease’s specific action for the virus is also the specific action that sets off CARD8. Our findings show that our immune system can recognize a virus’s protein function and, under the right circumstances, use that information to kill HIV-infected cells.”

It's well-documented that NNRTI class drugs can force the HIV protease to show itself prematurely, while the virus is still inside the immune cell. When that happens, the active HIV protease sets off the CARD8 inflammasome and causes a cascade that destroys both the infected cell and the virus within it.

But, although efavirenza and other NNRTIs have been highly successful in halting HIV progression, they are not cures. HIV patients must take a daily retroviral regimen to prevent the virus from replicating.

The findings reported in Science show that NNRTI drugs can do more. They can activate HIV protease inside the infected cell.

“When we treat HIV-infected human T cells with this drug (efavirenza), the protease becomes activated before the virus successfully leaves the infected cells,” Shan said. “This triggers the CARD8 inflammasome, and the infected cells die within hours. This is a potential route to clearing the virus that we have never been able to completely eliminate.”

Efavirenz and other NNRTI medications have a problem, though. They won’t activate HIV protease unless the virus is awake, Shan explained. In patients being treated for HIV, the virus is dormant.

Going forward, Shan said, “We would like to identify or develop compounds that do an even better job of activating HIV protease than NNRTIs do, and at lower doses.” He positioned the study as “a guide for new drugs that have the potential to eliminate the dormant HIV reservoir.”