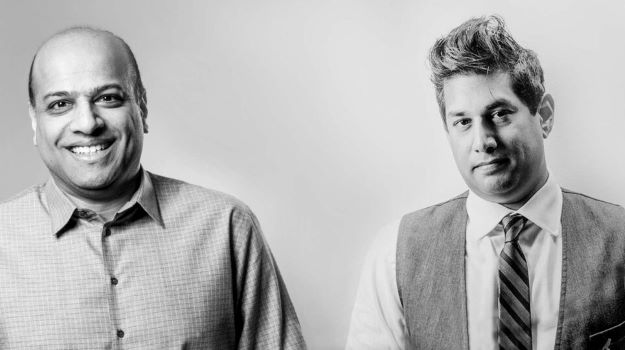 According to NASDAQ, SPACs – Special Purpose Acquisition Companies – now make up more than a third of all IPOs. The biotech industry joined the boom last year, and more announcements seem to be coming weekly.

Now the human proteins mapping company is merging with SPAC Arya Sciences Acquisition III, a deal that will value the company at $900 million and bring in $350 million in cash. Perceptive Advisors stepped in as sponsor on the transaction.

Nautilus CEO Sujal Patel chose the SPAC route due to its more direct path to the NASDAQ, “versus a two or three-step process with venture-backed private rounds and a traditional IPO.”

The company is pioneering a platform combining hardware and software capable of analyzing and quantifying the human proteome faster, more completely and less expensively than existing tech is capable of. Nautilus believes a deeper, richer understanding of proteins will accelerate the development and adoption of personalized and predictive medicines.

While companies like 23andMe, who took the SPAC route to the NASDAQ last week with Richard Branson, can analyze a person’s genome with a drop of blood, the available proteome tech still has a way to go.

As their website states, “The current proteomics ecosystem is convoluted, onerous and does not allow for single molecule sensitivity. Proteomics has not evolved to deliver on the needs of the scientific and pharmaceutical R&D communities.”

“We believe that a radical reinvention of proteomics is necessary,” Patel said during an investor presentation Monday. “And we believe that Nautilus has the platform with the potential to revolutionize biomedicine.”

Data plus machine learning are the keys to Nautilus’ unlocking potential. The company’s platform can crunch massive amounts of data to fully analyze a proteome, which transforms the ability to examine disease mechanism and develop new, even personalized therapeutics to treat.

“We believe Nautilus has the potential to help revolutionize biomedicine with an ultra-sensitive, single-molecule protein analysis platform designed to comprehensively analyze and quantify the human proteome,” said Nautilus CEO, Sujal Patel. “Our long-standing relationship with Perceptive Advisors, combined with a strong syndicate of other investors, make us confident that this transaction aligns well with our goals of unlocking what we believe to be a significant opportunity in biological science, and creating long-term shareholder value.”

Funds raised in this deal will help drive the development of Nautilus’ proteomic analysis platform, as well as grow the company’s teams: scientific, engineering and commercial.

The company’s c-suite nearly doubled last month with the hiring of a new SVP of Product Development, VP of Finance and Business Operations, and VP of Corporate Marketing and Communications.